The clip starts off with IU and Yeo Jin Goo hard at work as they professionally immerse themselves into their roles and act out the next scene where she rips out a piece of a paper with an address and hands it to him. Although the cut sign is given, Yeo Jin Goo continues the scene by joking she gave him the wrong address. When she doesn’t play along, he whines in disappointment and asks her, “How can you change like that?”

Eventually, IU consoles him by pretending to call someone to ask for the right address. She pats him comfortingly and says, “It’s not the neighborhood of Hannam but the neighborhood of Seongsu.” Appeased by her efforts, Yeo Jin Goo finally stops pouting, and IU comments, “This is tiring.” 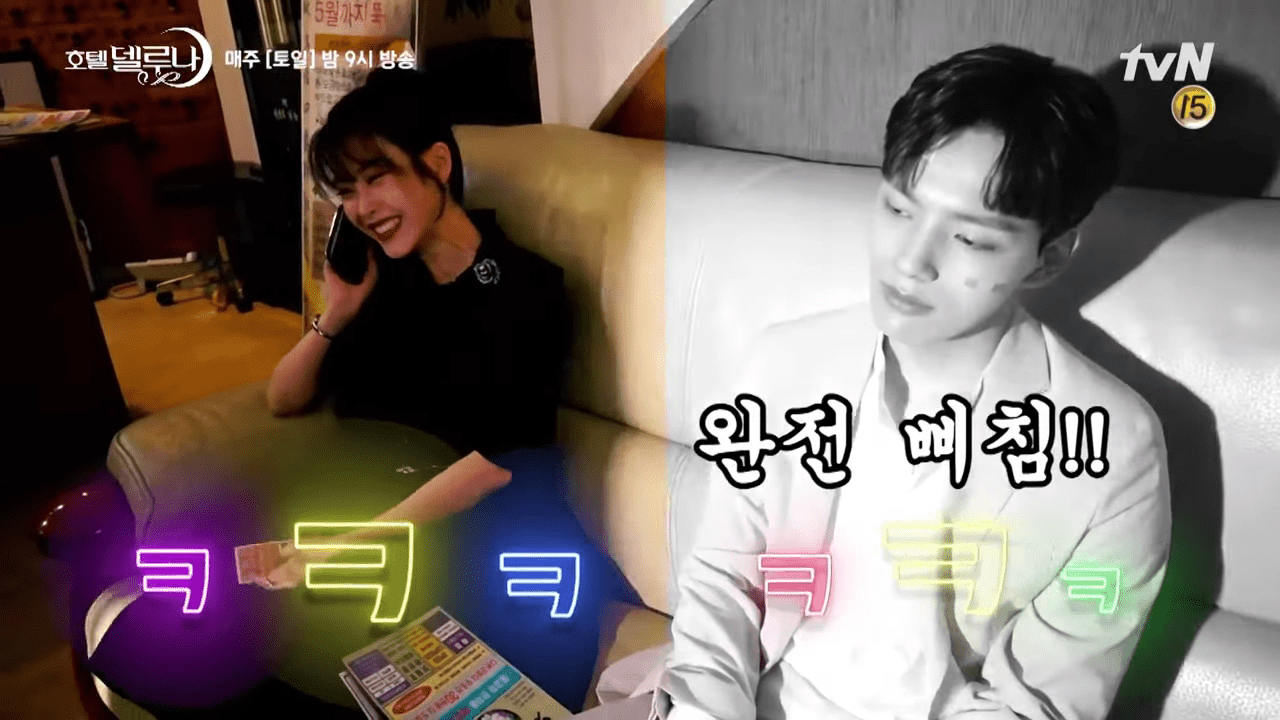 Later on, the production crew surprises Yeo Jin Goo with a birthday cake and sings the birthday song to him with IU. Before he blows out the candles, he wishes that “Hotel Del Luna” will reach viewership ratings of 20 percent, and everyone cheers with hope.

The director reveals that IU started preparing for his birthday since yesterday, shocking Yeo Jin Goo. IU jokes, “Are you crying or not?,” and when Yeo Jin Goo replies he isn’t, she pretends to get disappointed. He thanks her for the cake she personally picked out and says he’s very touched. A crew member congratulates him again, and Yeo Jin Goo thanks him before getting up to receive the wireless microphone while joking that it is his birthday gift. 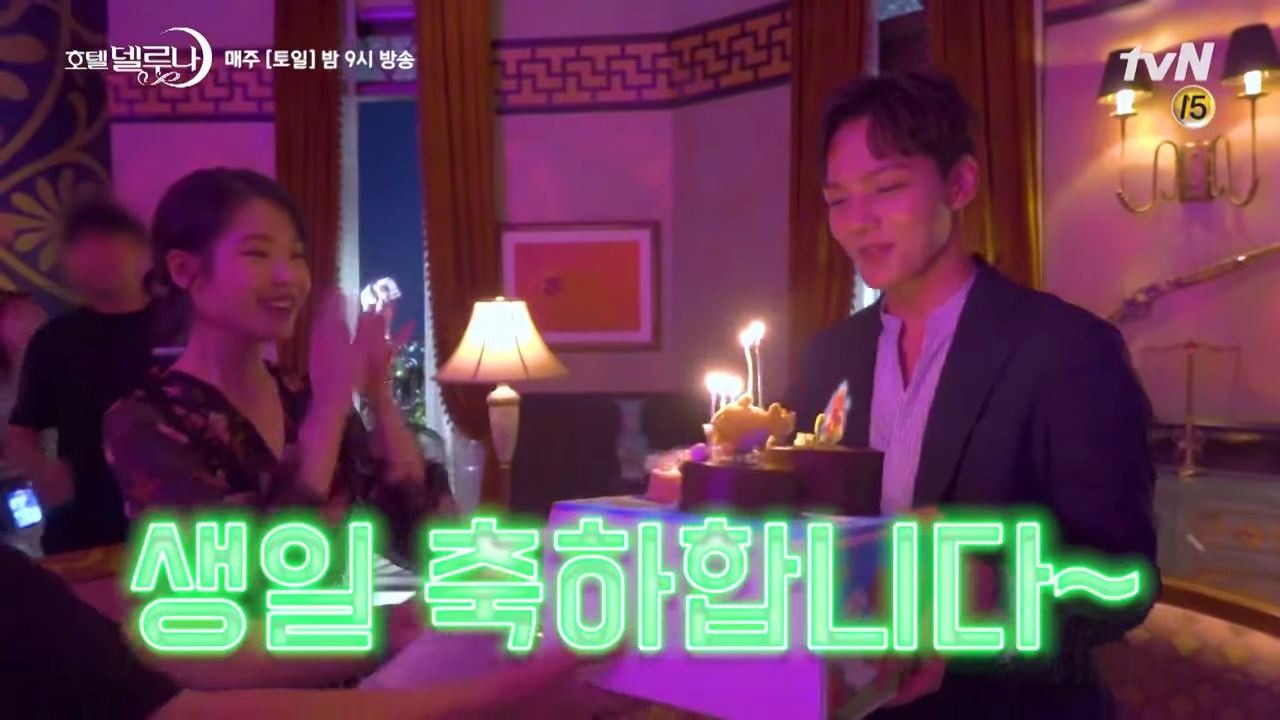 Lastly, the two lead actors prepare for the kiss scene. Although they joke from time to time, they are mostly serious, and once the cue sign is given, they perfectly play their parts and create a beautiful scene that the director is very satisfied with.

Catch up on the latest episode of “Hotel Del Luna” here: