The making video begins with the cast in high spirits as they film the scene where they have to team up with a specific number of people for a game. The director explains how Ong Seong Wu, Kim Hyang Gi, Shin Seung Ho, and Han Sung Min will position themselves for the love square. When the director tells Kim Hyang Gi she will partner up with Han Sung Min, Han Sung Min lights up as she embraces Kim Hyang Gi and says, “Come here!” Meanwhile, Ong Seong Wu and Shin Seung Ho stare blankly at each other, making everyone laugh at their dumbfounded responses. 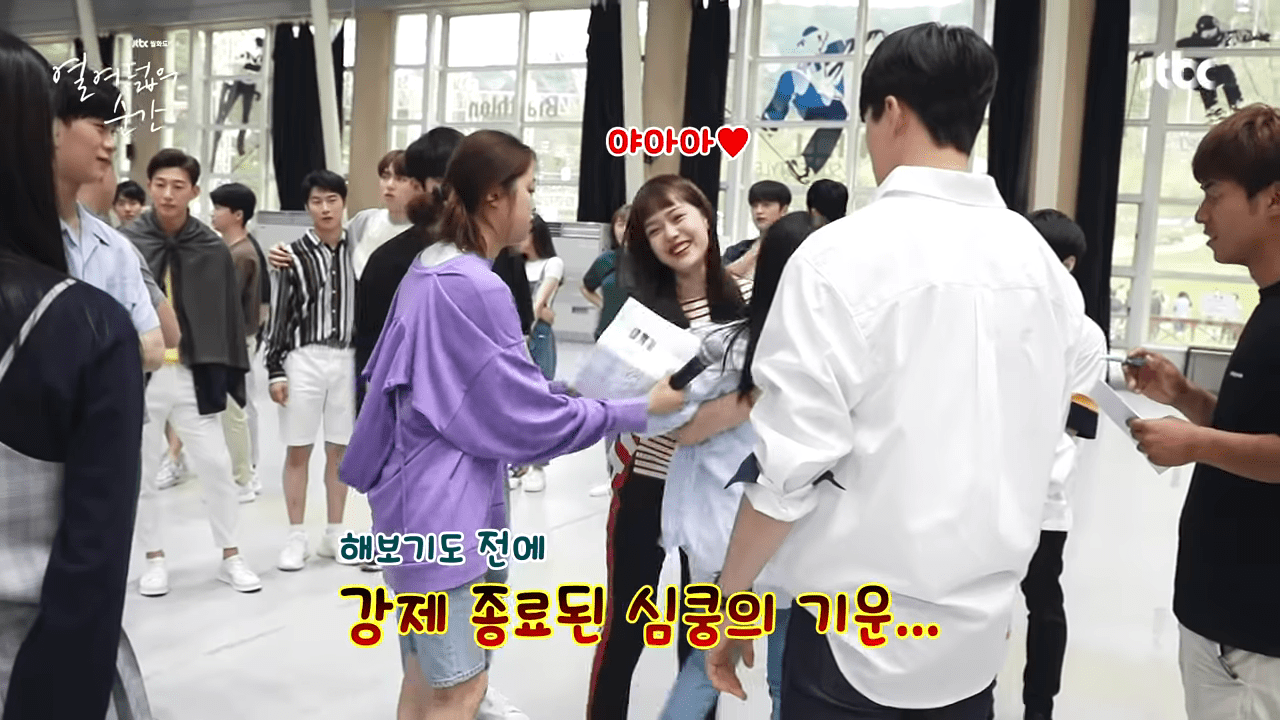 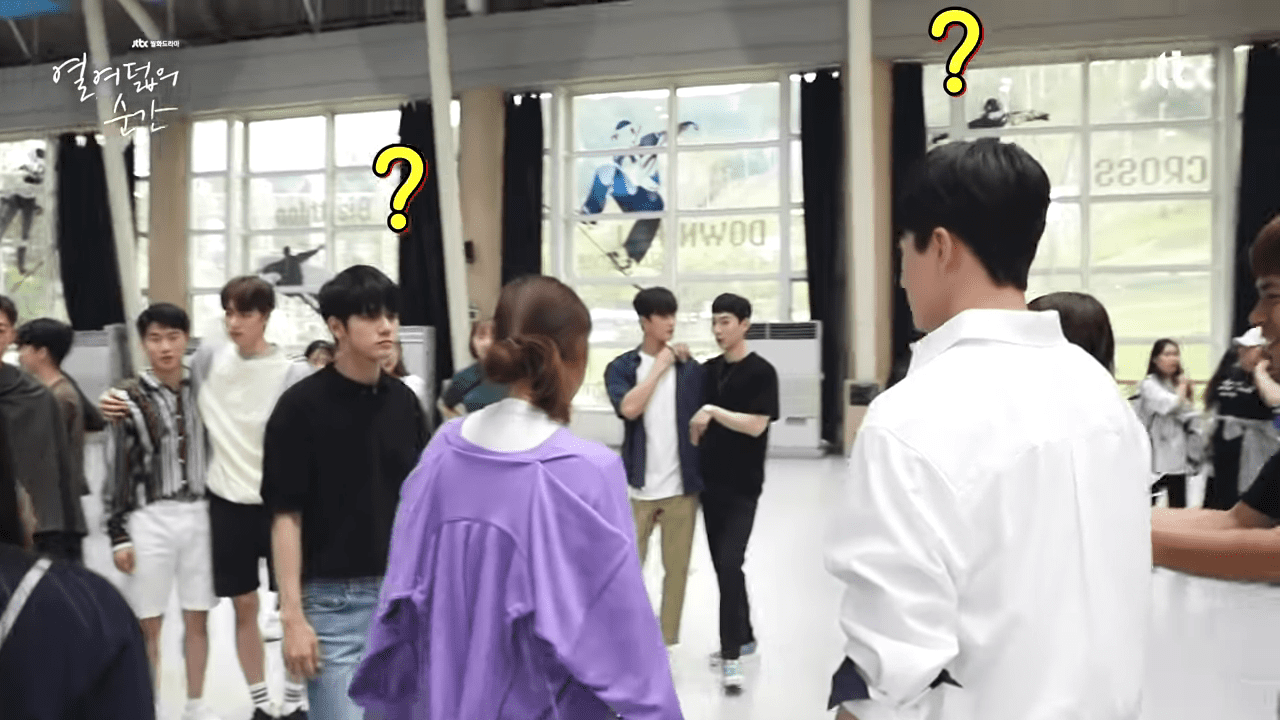 The filming for the scene starts, and everyone immerses into their roles. They start counting down, and once it hits one, Ong Seong Wu promptly shields Kim Hyang Gi from the shower of flour and confetti.

The cast cheers happily when the director signals the end of the successful scene. Ong Seong Wu is quick to take off bits of confetti and flour off of her hair while the other actors attempt to clean him up as well.