Lee Min Ho has raised anticipation for his upcoming drama!

On August 23, the actor went on Instagram Live to have a meaningful conversation with fans, sharing updates during his trip to Gapyeong. He looked comfortable as he showed his fans his beautiful surroundings, and he made jokes and had a sweet time with everyone. 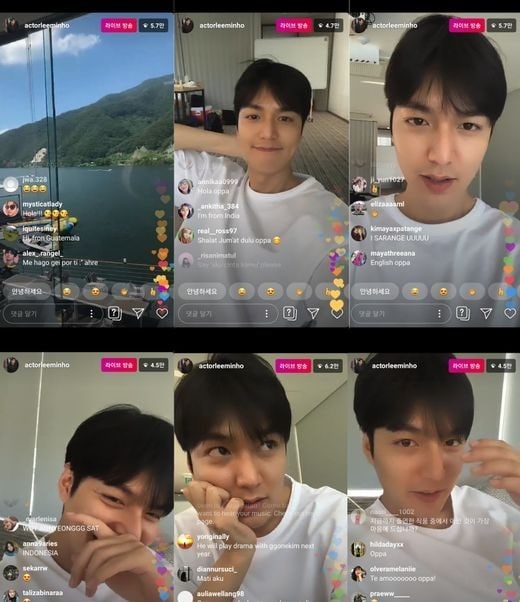 During the live broadcast, Lee Min Ho even shared a couple of spoilers about his upcoming SBS drama “The King: The Eternal Monarch” (literal title). The project is highly anticipated as it will be screenwriter Kim Eun Sook’s next work, and Lee Min Ho will play a leading role alongside Kim Go Eun. The drama will tell the story of Korea in two parallel worlds, one as a democracy and one as a monarchy, with Lee Min Ho playing Emperor Lee Gon and Kim Go Eun playing detective Jung Tae Eul.

Lee Min Ho said, “Actually, the script is out already. We’re going to start filming soon, the earliest we may begin filming is in September. The drama is scheduled to begin airing in March,” and “I’m going to become the king of romance so please anticipate it.”

He wrapped up his broadcast with the words, “I’m going to work hard to make sure that I make you happy.”