tvN’s “Arthdal Chronicles” is gearing up for the broadcast of Part 3.

“Arthdal Chronicles” is a fantasy drama about the story of heroes who write their own legends in the ancient mythical land of Arth. It stars Song Joong Ki in the dual roles of Eun Seom and Sa Ya, half-human and half-Neanthal twins who grew up in vastly different backgrounds. Kim Ji Won plays Tanya, the shaman of the Wahan tribe; Jang Dong Gun plays Ta Gon, a warrior with fierce ambitions to be king of Arth; and Kim Ok Bin plays Taealha, an equally ambitious politician and Ta Gon’s lover.

“Arthdal Chronicles” aired Parts 1 and 2 consecutively during the summer. Because of the large-scale production, “Hotel Del Luna” was scheduled to air between Parts 2 and 3.

Part 1 of “Arthdal Chronicles” was subtitled “Children of Prophecy,” while Part 2 was known as “Turning Sky, Rising Ground.” According to the new poster, Part 3 is called “Arth, the Prelude to All Legends.”

While the new poster stars the main cast members as expected, there are some unforeseen twists. Unlike the peasant clothes that we have mostly seen her in until now, Kim Ji Won is dressed exquisitely in white, a color typically reserved for those who control the religious rites in Arth. This is likely a development resulting from the ending in “Part 2,” when Tanya was discovered to have a mysterious connection to those rites.

Interestingly, Kim Sung Cheol has also been added to the poster. He has played a minor role up until now as Ipsaeng, a fellow slave in the mines with Eun Seom. He is known for his lies and the other slaves cast him as someone who betrayed his own tribe to save his life. However, he will likely play a major role in Eun Seom’s escape.

The production staff stated, “Part 3’s main poster contains the message, ‘these are the birth of the heroes who will make the legends of Arthdal.’ Ta Gon, Sa Ya, Tanya, and Taealha, who now hold the reins of power in Arthdal, all know they started from the bottom. On the other hand, Eun Seom and Ipsaeng embark on a new adventure together after Satenik’s untimely death.” 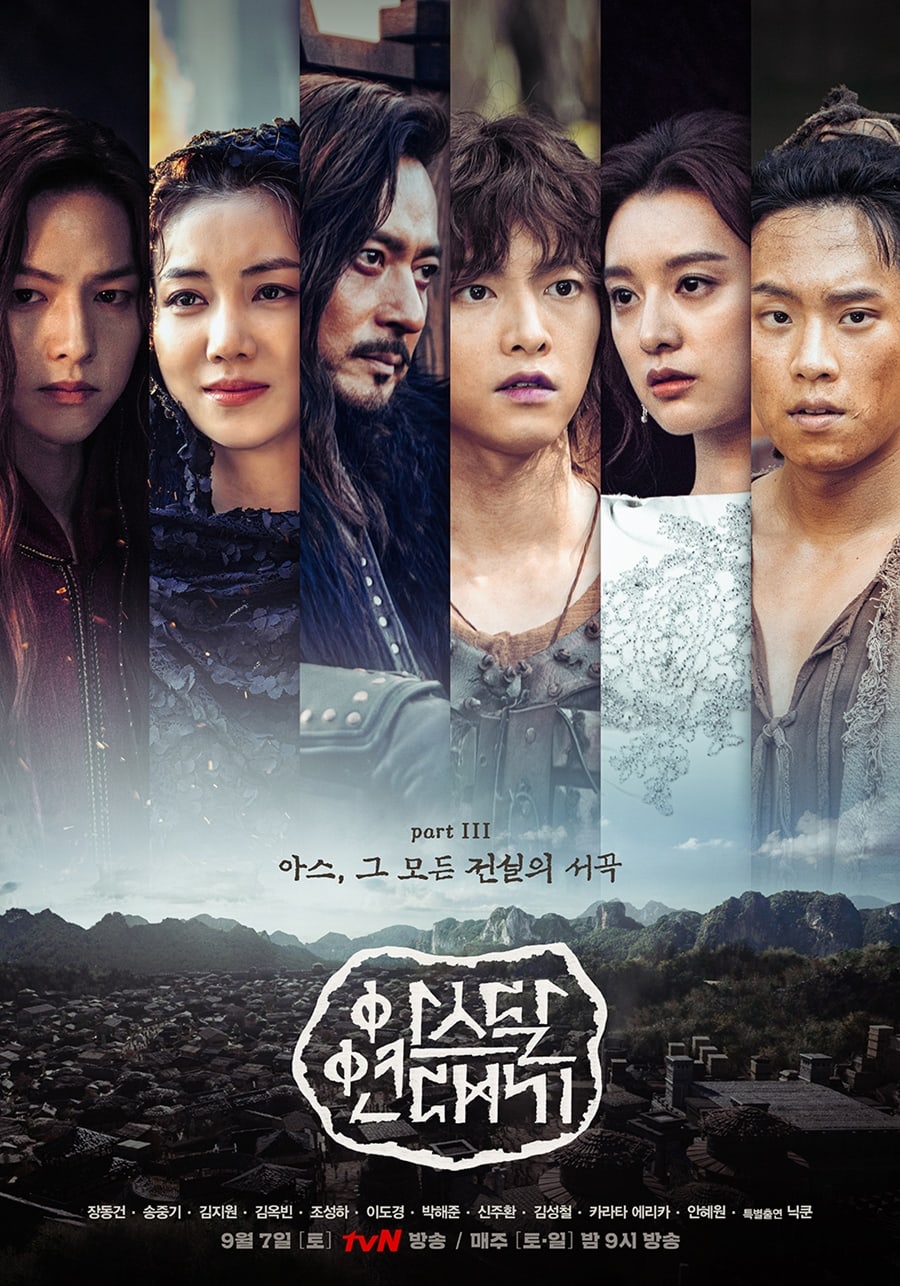