On the August 23 episode of “Night of Hate Comments,” Sulli was asked by her fellow hosts if she saw any malicious comments about her cameo on the drama.

Sulli thought for a moment before saying, “I did look, but the really amazing thing is that there weren’t any malicious comments. It seems like I did well!” She then laughed along with everyone else, and Shin Dong Yup joked that she’d now be getting some comments about that remark.

Kim Sook asked how the cameo happened, and Sulli replied, “I was contacted by IU, who asked me if I could do it. She said it was a role that she liked. I didn’t know what kind of role it was, but I right away said I’d do it.”

She also shared that her character’s name was Jieun, which is IU’s real name. Shin Dong Yup also mentioned that Sulli had sent a food truck to the set for IU and shared photos of them together while filming. He then joked that since their main MC Sulli had been on the drama, maybe IU and Yeo Jin Goo could appear on “Night of Hate Comments” in return, which made Sulli laugh. 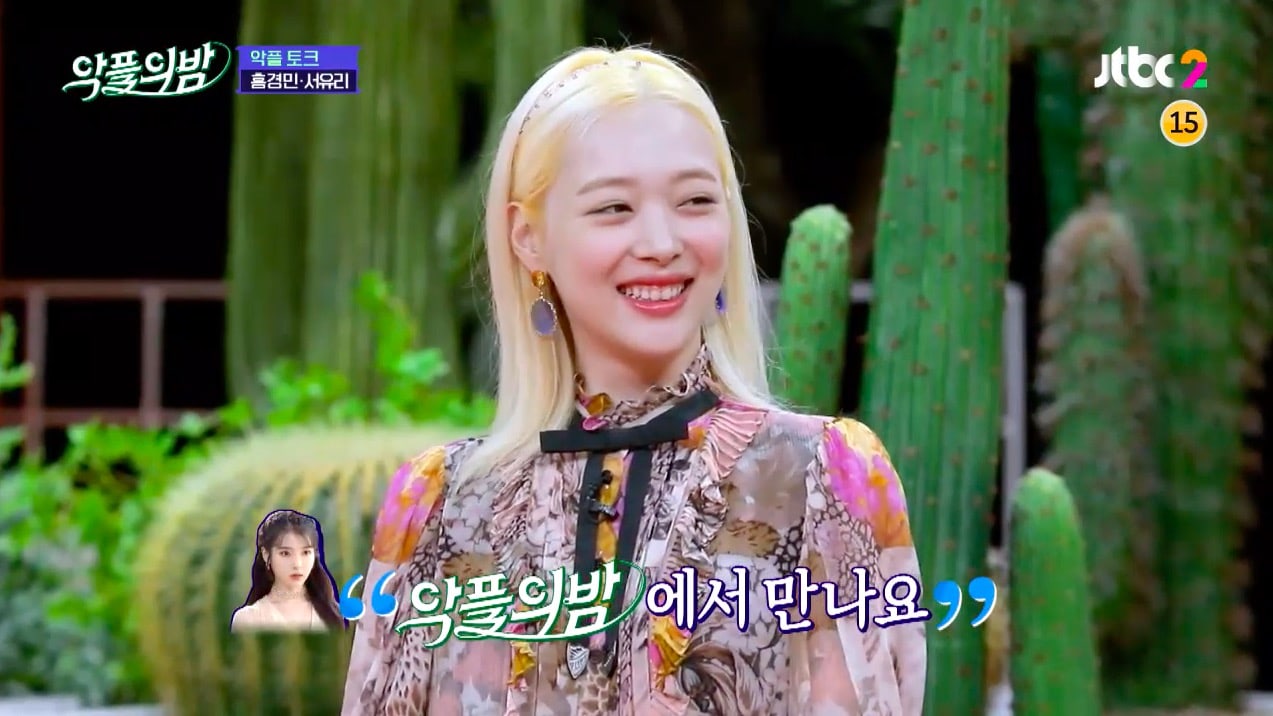 Sulli
Hotel Del Luna
Night of Hate Comments
How does this article make you feel?