The clip shows the pair portraying great chemistry as they immerse in their roles of two compassionate doctors who are slowly but surely heading in the direction of romance. Even their rehearsals seem realistic as they focus on their lines despite the distractions about them.

Lee Se Young actually drives the red car used to pick up Ji Sung, but Ji Sung is the one who who backs it up into its original position. The caption asks, “My heart isn’t the only one that fluttered, right…?” 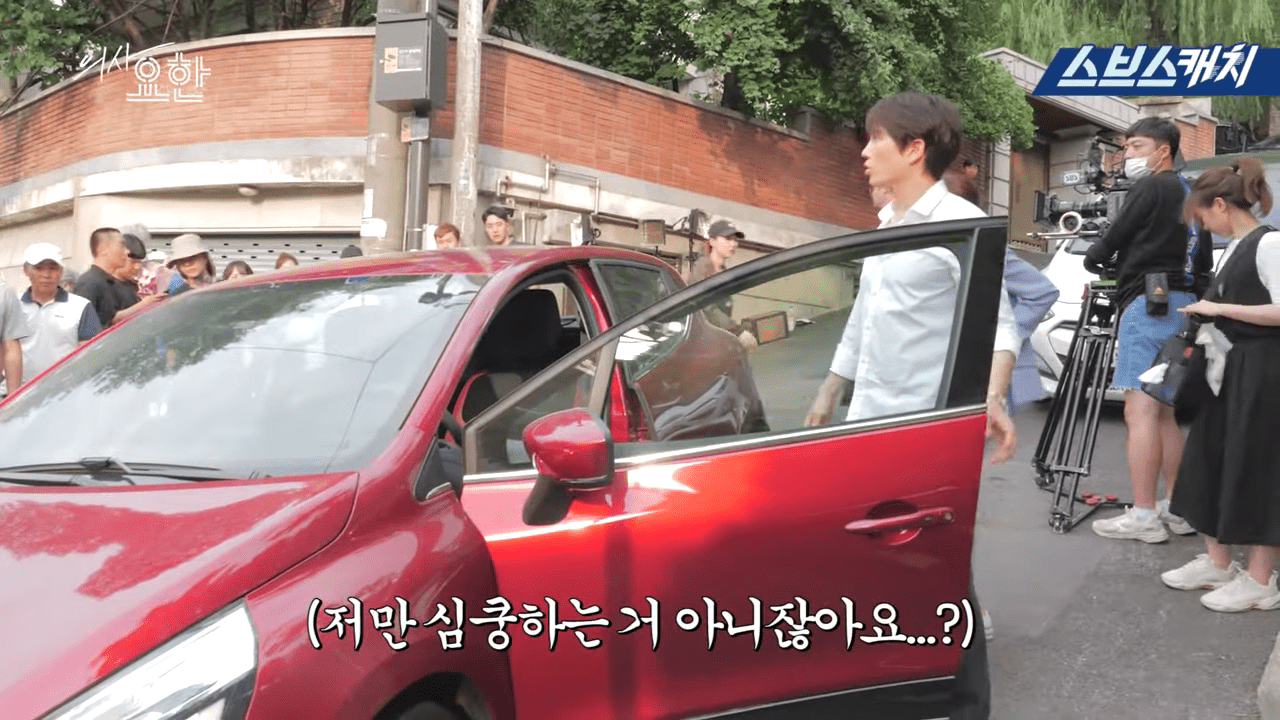 Later on, Ji Sung and Lee Se Young film the scene where she becomes protective of him after she finds out he has a rare illness. She blocks him from all kinds of “dangers,” such as children and hot drinks. Lee Se Young is so immersed in her role that she accidentally pinches Ji Sung to pull him away from the next danger, and he releases a silent scream of pain. Lee Se Young immediately rubs his arm apologetically, and the two of them laugh over it. 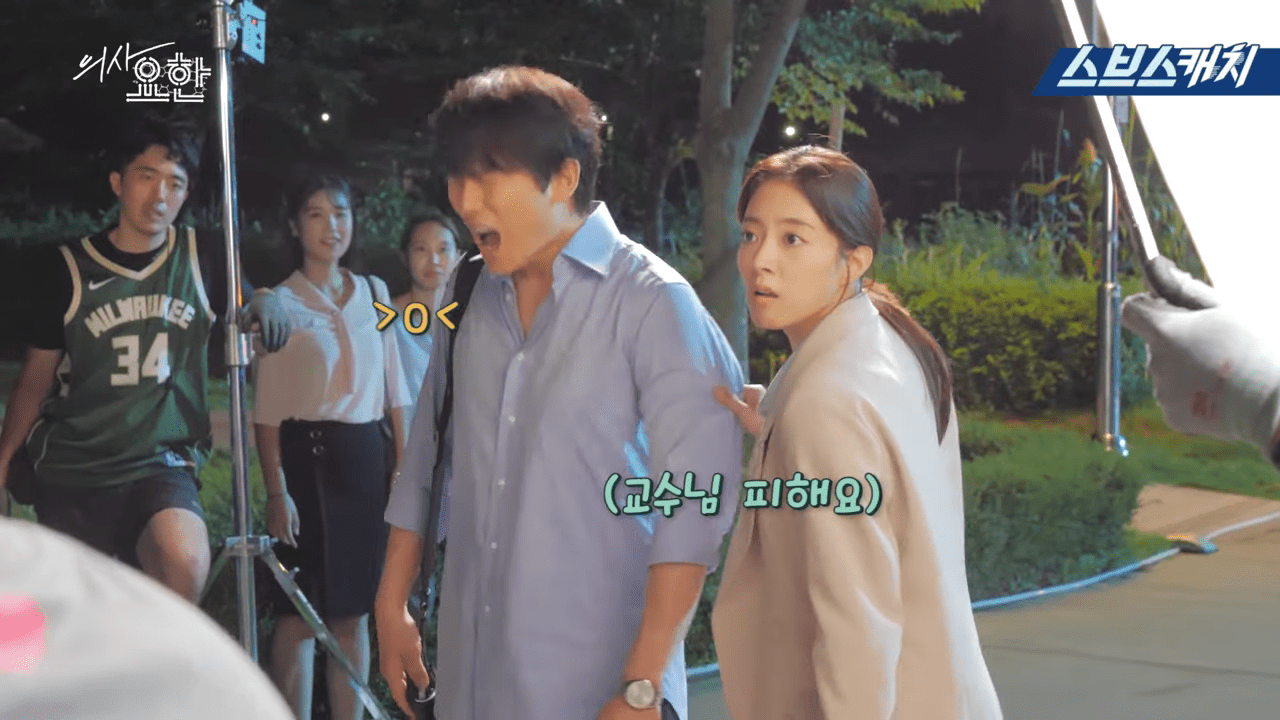 Lastly, the two actors film the scene where they have a serious conversation on a park bench. However, there’s a rowdy motorcycle, and filming is paused. Just when filming resumes, the motorcycle comes back and continuously distracts them. Although they attempt to professionally carry on with the script, it becomes too much, and Ji Sung asks, “What will we do about that motorcycle?,” making Lee Se Young burst into laughter.

Peace doesn’t come easily for them though, because once the motorcycle is gone, the cicadas start singing, and Ji Sung shows his concern for the new disturbance. Despite the distractions, Ji Sung and Lee Se Young are able to concentrate on their acting, and the director is satisfied by their professionalism.

Check out the latest episode of “Doctor John” with English subtitles below!