On the August 23 episode of KBS 2TV’s “Yoo Hee Yeol’s Sketchbook,” Wendy chose Pixie Lott’s “Everybody Hurts Sometimes” as a song that gives her strength during hard times. She then performed a cover of the song on stage.

Later on, a fan shared the clip of Wendy’s cover with Pixie Lott online, and the singer replied, “I would LOVE to collaborate. Wendy is unreal.”

I would LOVE to collaborate. Wendy is unreal ?? https://t.co/NwmhGagSEB

She also replied to another fan’s tweet about Wendy’s cover by praising the Red Velvet member.

Wow, amazing! ? Thank you SO much for singing my song I wrote with @JamesBourne @cjbaran ??? https://t.co/0PRujbe3qX

??WENDY?? from Red Velvet @redvelvet.smtown just covered ‘Everybody Hurts Sometimes’ from my second album and sounds so beautiful?. Thank you for singing my song I wrote with @jamesfutureboybourne @cjbaran in Shoreditch ?

She also shared the clip on her Instagram Stories with words of love and praise for Wendy. 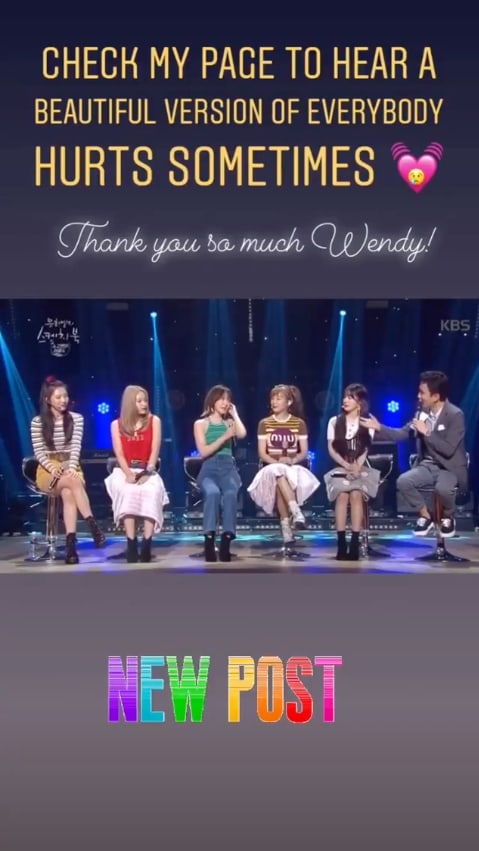 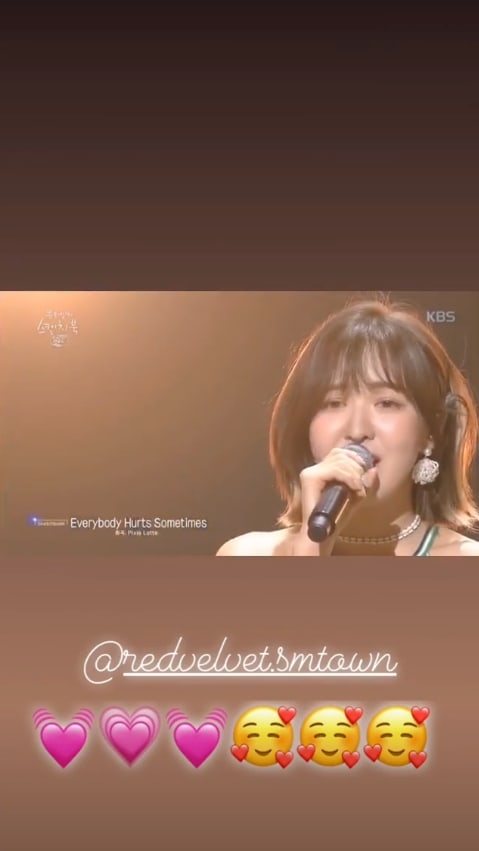 Red Velvet
Wendy
Pixie Lott
How does this article make you feel?