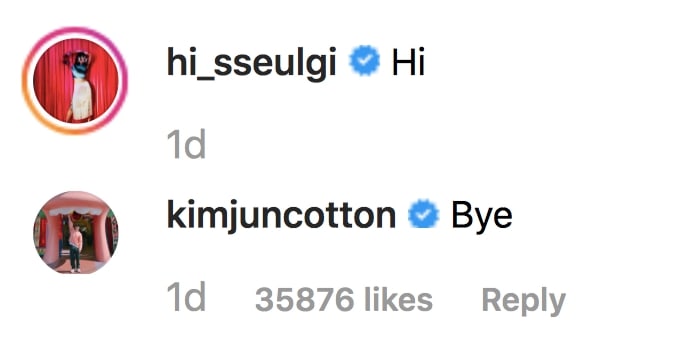 The brief exchange between the two labelmates sparked a flurry of amused comments from both EXO and Red Velvet fans, many of whom pointed out that Suho has always been adorably vocal about his support for Red Velvet.

Earlier this week, Red Velvet made their highly-anticipated comeback with their new mini album “The ReVe Festival: Day 2,” featuring the title track “Umpah Umpah.” You can check out their summery new music video for the song here!

Red Velvet
EXO
Seulgi
Suho
How does this article make you feel?