Watch: ASTRO’s Sanha’s Priceless Reaction To (G)I-DLE’s Yuqi’s Catching Fish With Bare Hands Is The Highlight Of “Law Of The Jungle”

ASTRO’s Sanha cracked up viewers with his hilarious interaction with (G)I-DLE’s Yuqi on “Law of the Jungle”!

On the August 24 season premiere of “Law of the Jungle in Myeik,” the two idols headed to Myanmar, where they displayed contrasting charms and entertained viewers with their amusing chemistry.

Throughout the episode, Yuqi showed off her fearless passion and survival skills, bravely catching bugs and taking an active part in their hunt for food. At one point, the (G)I-DLE member even managed to catch several speedy amphibious fish with her bare hands, impressing her fellow cast members.

Sanha, on the other hand, showed significantly more fear as as he diligently followed the other members around on the hunt. Yuqi, who is a year older than Sanha, instructed the younger idol to call her “hyung” (older brother), and she playfully teased him for being scared of the crabs they were collecting. “Why are you so easily frightened?” she laughed, and Sanha readily agreed with a smile, “I get scared really easily.”

The ASTRO member also stayed by Yuqi’s side and enthusiastically cheered her on as she attempted to catch the tiny amphibious fish. Additionally, he helped her by looking for more fish, though he was far too scared to touch them himself.

After she had caught several mudskippers, Sanha gave her a thumbs-up, and Yuqi attempted to give him a celebratory high-five—but, suddenly remembering that she had just caught the amphibious fish with her bare hands, Sanha backed out of the high-five at the last minute, flailing his hand wildly as he moved away from her. 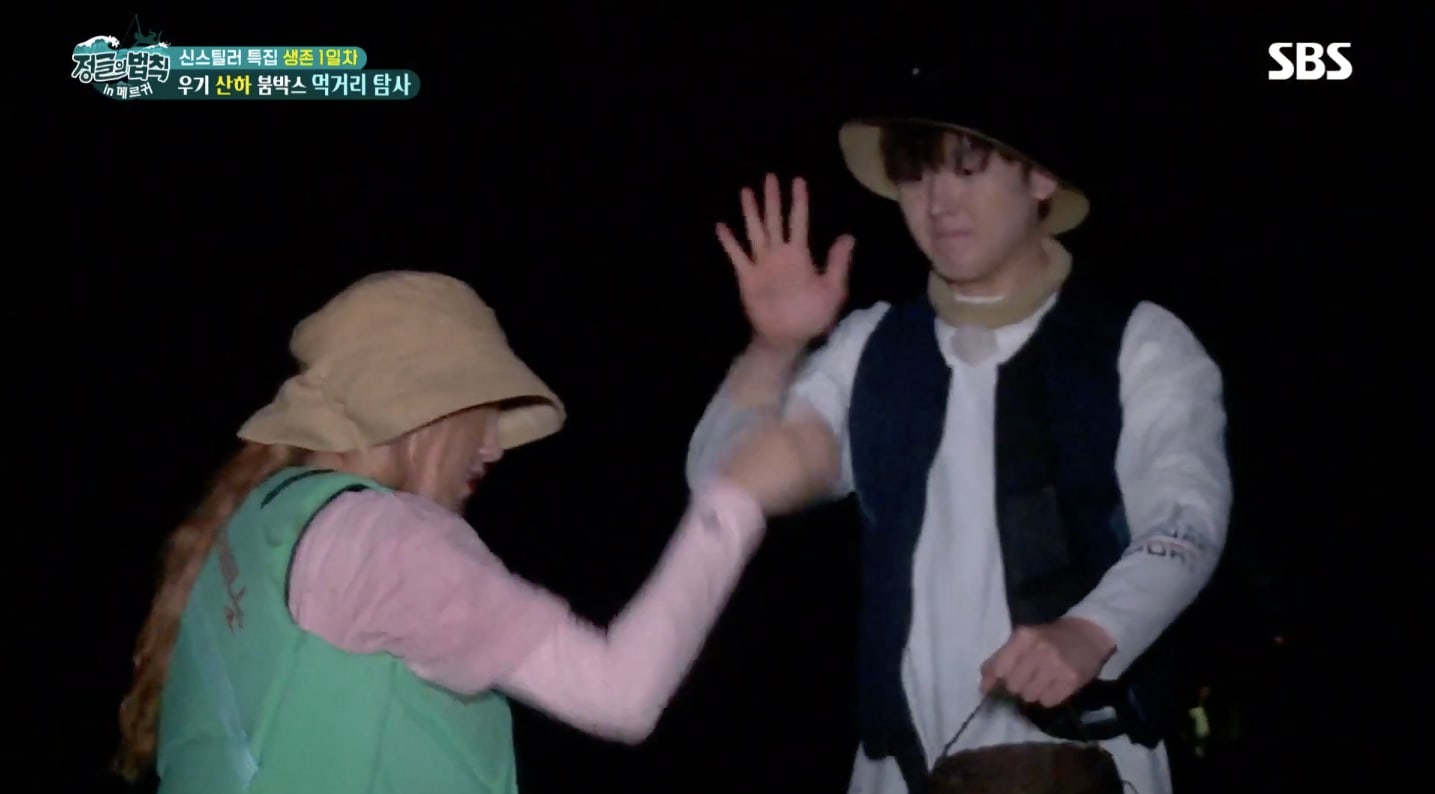 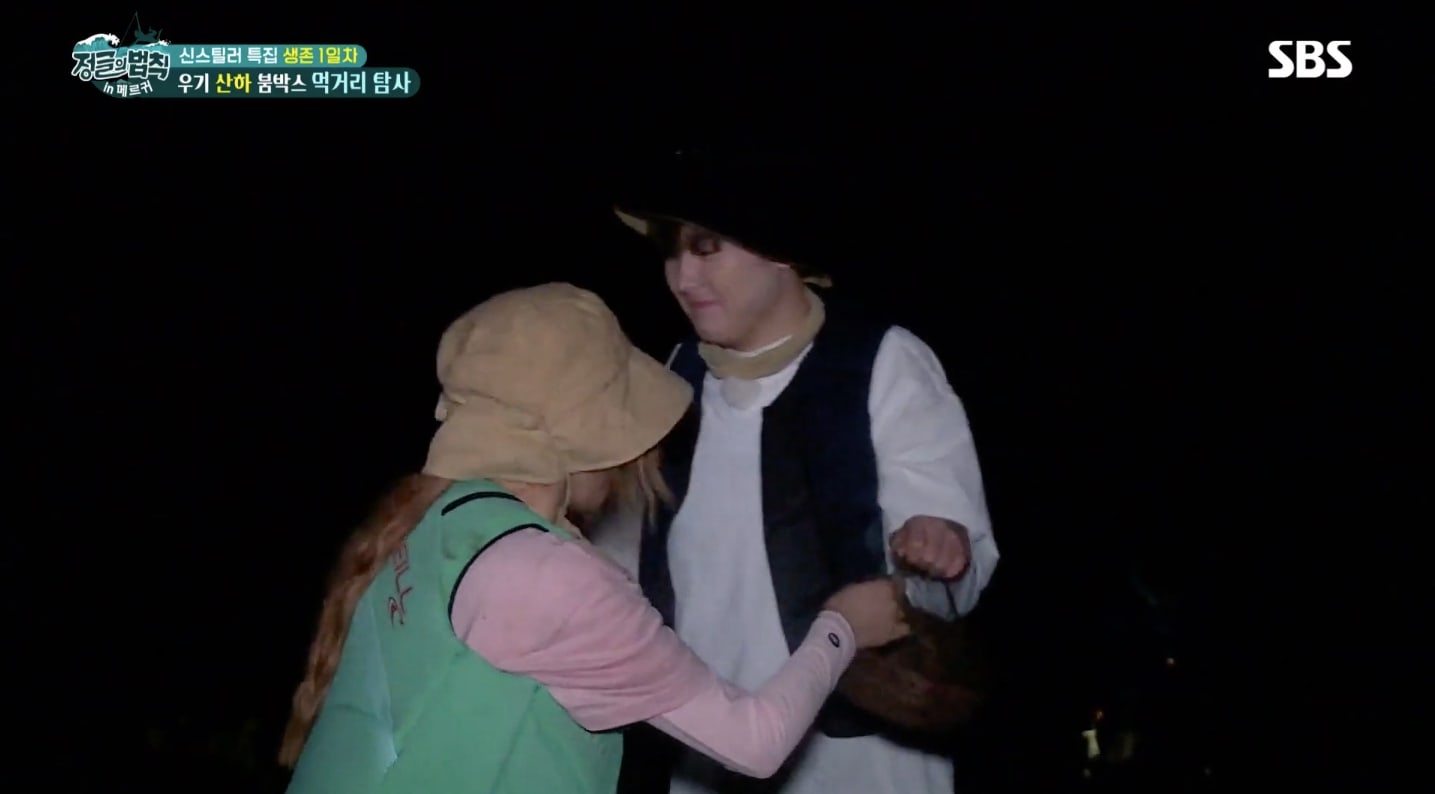 Laughing, Yuqi exclaimed, “This punk! Because I got my hand dirty, he won’t give me a high-five!”

Sanha then apologetically offered to give her a high-five, but Yuqi responded, “That’s okay. I’ll just catch some more.” 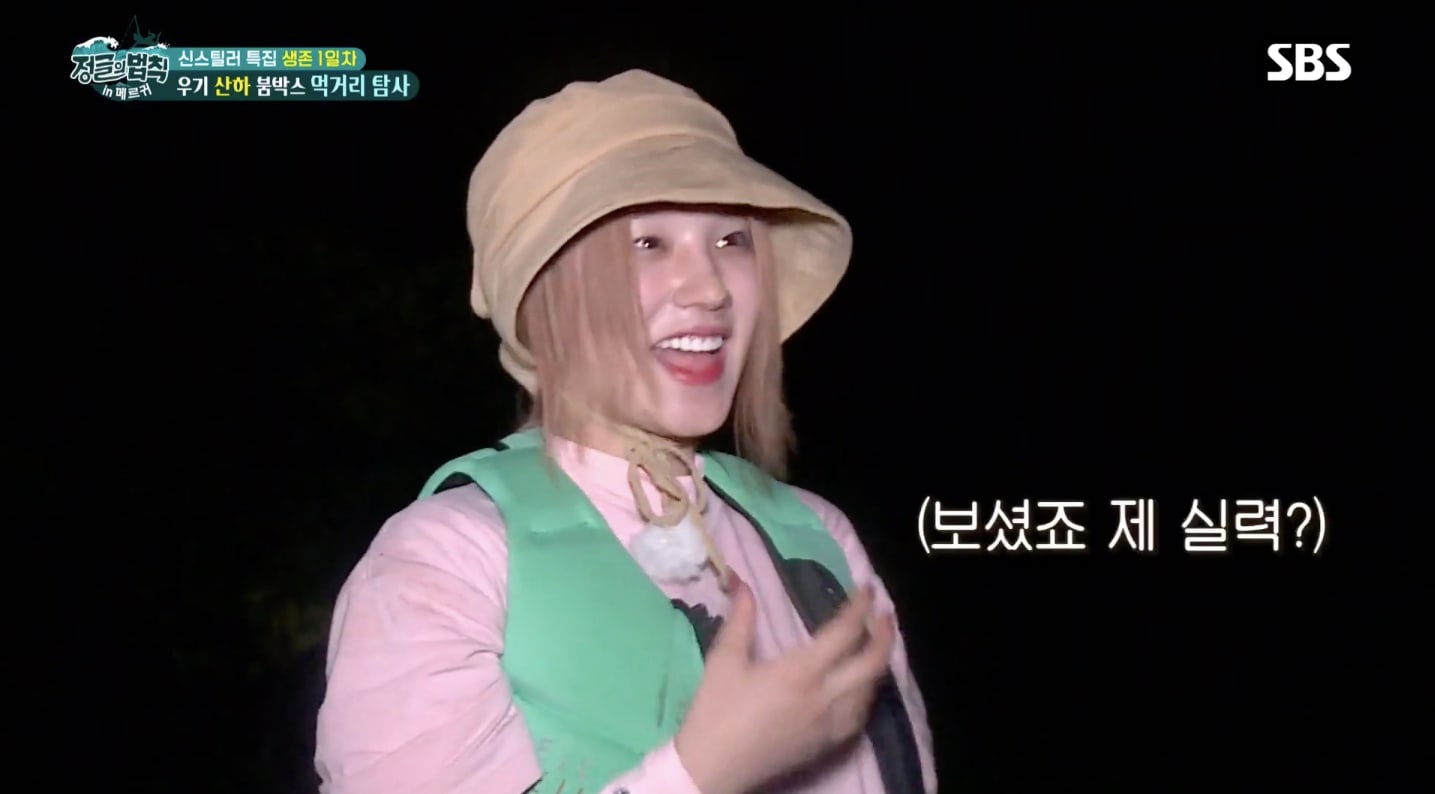 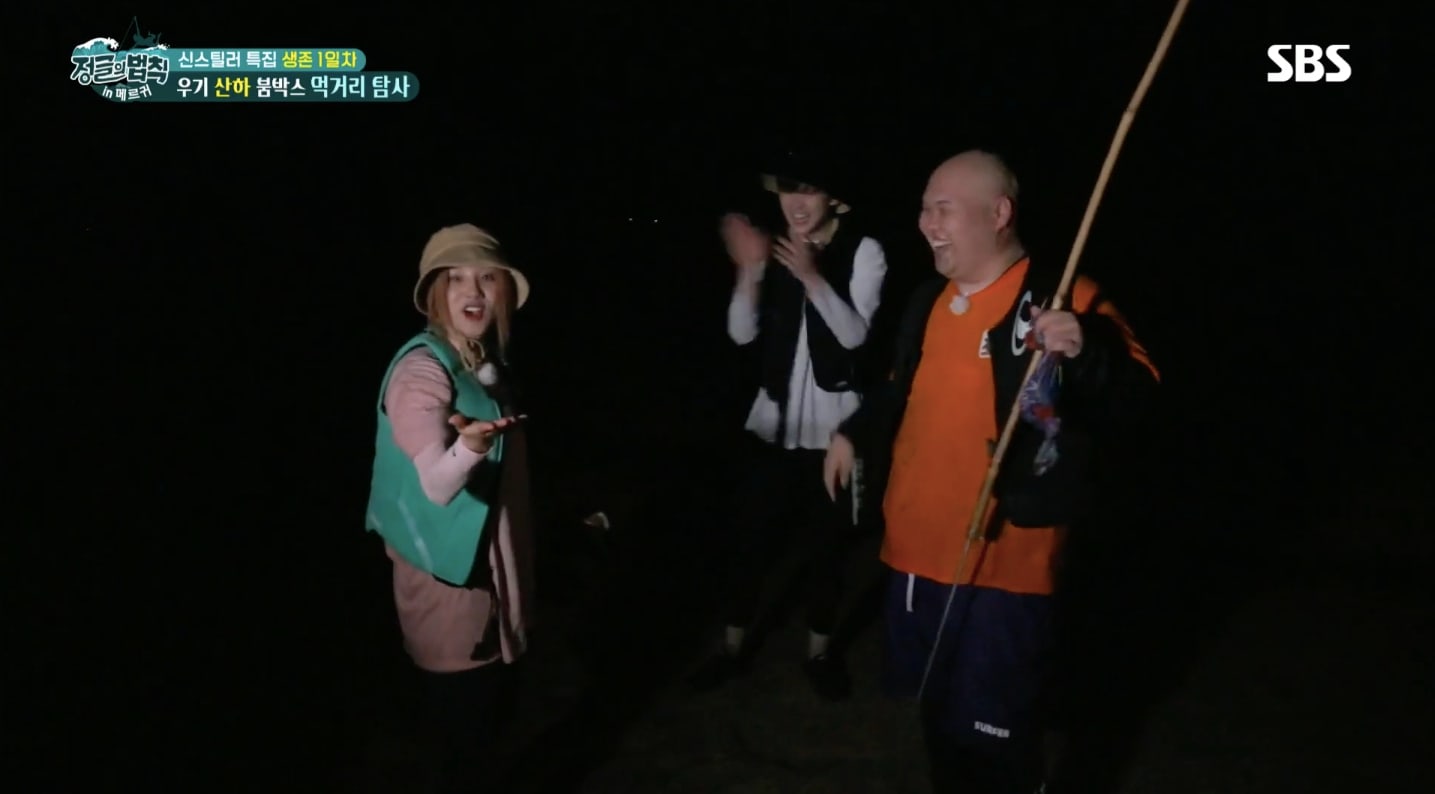 You can watch the scene, which viewers chose as the highlight of the episode, below! (Yuqi’s failed high-five attempt begins at 3:09.)

Check out the full episode of “Law of the Jungle” with English subtitles here:

ASTRO
(G)I-DLE
Law of the Jungle
Sanha
Yuqi
How does this article make you feel?