JTBC’s “Melo Is My Nature” is drawing attention for its realistic depiction of romance.

“Melo Is My Nature” tells the story of three female friends in their 30s and their ordinary lives, concerns, and romances. In the latest episode, Jin Joo (Chun Woo Hee) reminisced about her long-lived previous relationship with Hwan Dong (Lee Yoo Jin). In the way that many couples do in real life, the two would share sweet moments, only to bicker moments later, and then reconcile. Here are some moments from the recent episode that had viewers nodding along while thinking about their own relationships.

“That wasn’t the only reason that our kiss was sweet. It was love.”

At a lecture room in college, Jin Joo and Hwan Dong kept meeting each other’s eyes, and Jin Joo made the first move by asking Hwan Dong if he wanted to have a meal with her. When the two sat down for some tteokbokki (spicy rice cakes) and soju, Jin Joo handed Hwan Dong her glass, telling him, “Here, now tell me what it is that you want to say.” After a few gulps, Hwan Dong mustered up his courage to say, “I like you.” That’s how their relationship began, in a romantic moment that made even the spicy rice cakes and bitter soju taste sweet.

“That made us unable to tolerate our differences, unlike the way we did in the beginning.”

As time passed, Jin Joo and Hwan Dong grew accustomed to their frequent fights. As Jin Joo said, “Around the time we grew to implicitly believe that frequent fights don’t necessarily lead to a breakup, we relied on that belief, and ironically, that made us unable to tolerate our differences, unlike the way we did in the beginning. That’s how the fights became more repetitive and fiercer. I mean, pettier.” Jin Joo and Hwan Dong began to break up and make up repeatedly, showing how lightly they were thinking of their relationship by then.

The relationship ended messily, with each side clawing at the other. Saying these lines, Jin Joo cried all day and night for four days. The sadness that came with the end of a long relationship wasn’t because she longed for her partner. It was because of the pain she had experienced for so long. 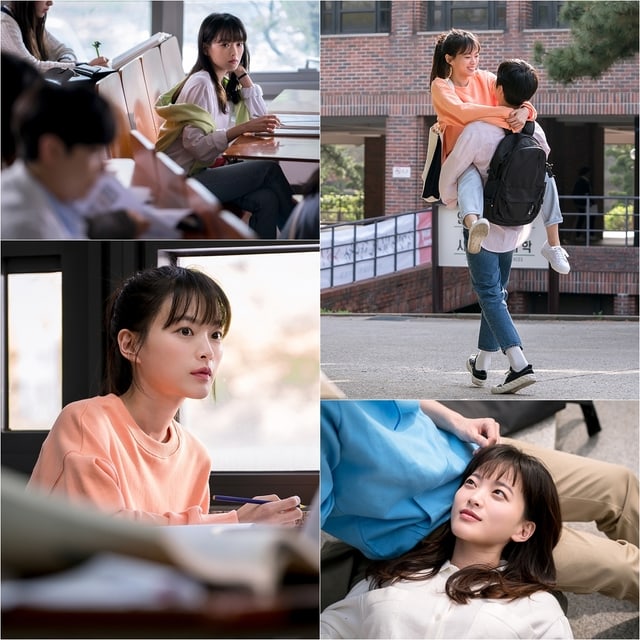 Like this, the sweet beginning of a relationship turned into a disastrous war, and Jin Joo swore to never love again. However, romance is starting to bloom in her heart, as she keeps finding her heart pounding when Bum Soo (Ahn Jae Hong) talks to her genuinely. Will Jin Joo be able to overcome her painful past love and begin a fresh new relationship?

Watch the most recent episodes with English subtitles below!

Chun Woo Hee
Lee Yoo Jin
Melo Is My Nature
How does this article make you feel?