On the August 25 episode of the program, Jung Hae In helped Noh Hong Chul throw an intimate get-together for a diverse group of guests.

During the dinner party, the guests—a dancer, stationary store owner, tax accountant, college student, civil service examinee, aspiring actor, and an interior designer—introduced themselves and talked about their dreams, worries, and families. The aspiring actor revealed that she felt anxious about her late start in the industry and became tearful as she talked about feeling apologetic towards her mother. 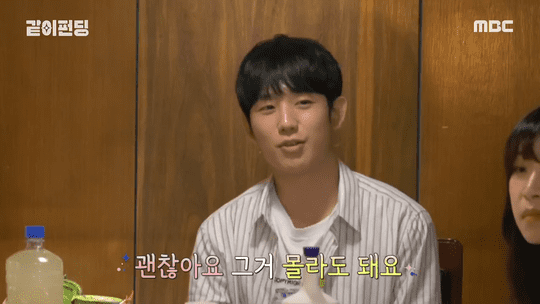 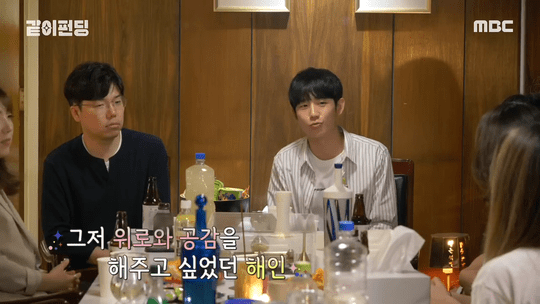 When she revealed that she felt nervous about her peers’ early preparations, Jung Hae In reassured her, saying, “It’s okay, you don’t have to know that. You’re not late. I was preparing to study biotechnology, but I applied to university as a Broadcasting Entertainment major.” He explained that he had changed his career path and kept it a secret from his parents during his senior year of high school.

He continued, “I’ve never practiced acting either. You don’t have to know that. You can start practicing now.” He then talked about his own experiences, commenting, “I’m also on the late side compared to others because I was 26 after coming back from the military. I was never impatient though. Not for a moment. I think it becomes even more unbearable if you’re nervous and restless. I don’t want to say ‘Hang in there,’ because you’re obviously doing your best. What you need is the comfort of others.”

Jung Hae In
Funding Together
How does this article make you feel?