Han Bo Reum reflected on her career as an actress, her chemistry with her co-stars in “Level Up,” and more!

The actress recently sat down for an interview with Star News following the conclusion of MBN and Dramax’s Wednesday-Thursday drama “Level Up,” in which she starred as the main character Shin Yeon Hwa.

When asked about taking on her first lead role in her 8-year career, Han Bo Reum said, “The path to becoming an actress wasn’t easy. I started acting when I was 18 because it was my dream, and I majored in Drama and Film in university. However, I somehow ended up on the path to becoming an idol. I prepared [to debut as an idol] while thinking I could become an actress in the end no matter what, but I became very stressed as the training period got longer, and I started to think this wasn’t the path for me.”

She continued, “I did debut as an actress in 2011, but even after my debut, I kept failing auditions, and the times I spent waiting were very hard for me. Because I’ve waited for six or seven years before, waiting for three or six months doesn’t seem too long for me now. I think my experience as an idol trainee gave me a good foundation.” 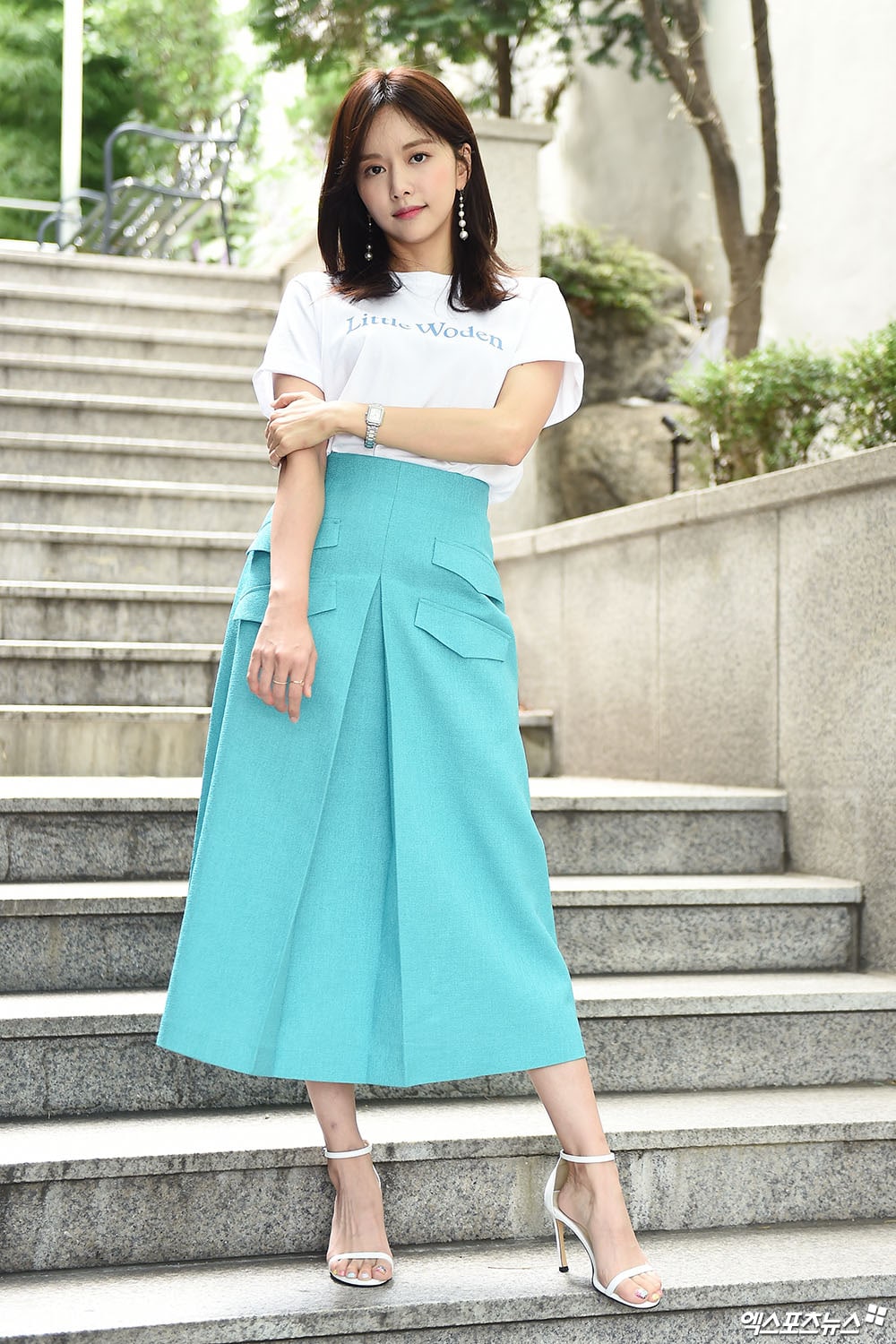 Han Bo Reum then shared what it was like working with her “Level Up” co-stars. About Sung Hoon, she said, “It was awkward at first, but he turned out to be a really good person. He’s the type to take the lead in a way that allows me to act comfortably, so it was great working together with him. He is very considerate and well-mannered, and even though he must have been tired from his busy schedule, he was the mood maker on set.”

She also talked about her kiss scene with Sung Hoon, explaining, “There was only one kiss scene at the end. Because the two of us usually joke around with each other a lot, it was awkward, but Sung Hoon became very focused once we got the cue [to start]. He actually knew more than the director about what angles look best, so I trusted him [to take the lead] when we filmed. It was a bit of a shame that the romance didn’t come to fruition earlier in the drama.”

About working with B1A4’s Baro, she stated, “In the beginning, I had more scenes with Sun Woo [Baro’s given name]. When we were acting, he would listen to my opinions, and when we met off-camera, he was like a friend. We joked around a lot, and the atmosphere on set became more comfortable thanks to him.” 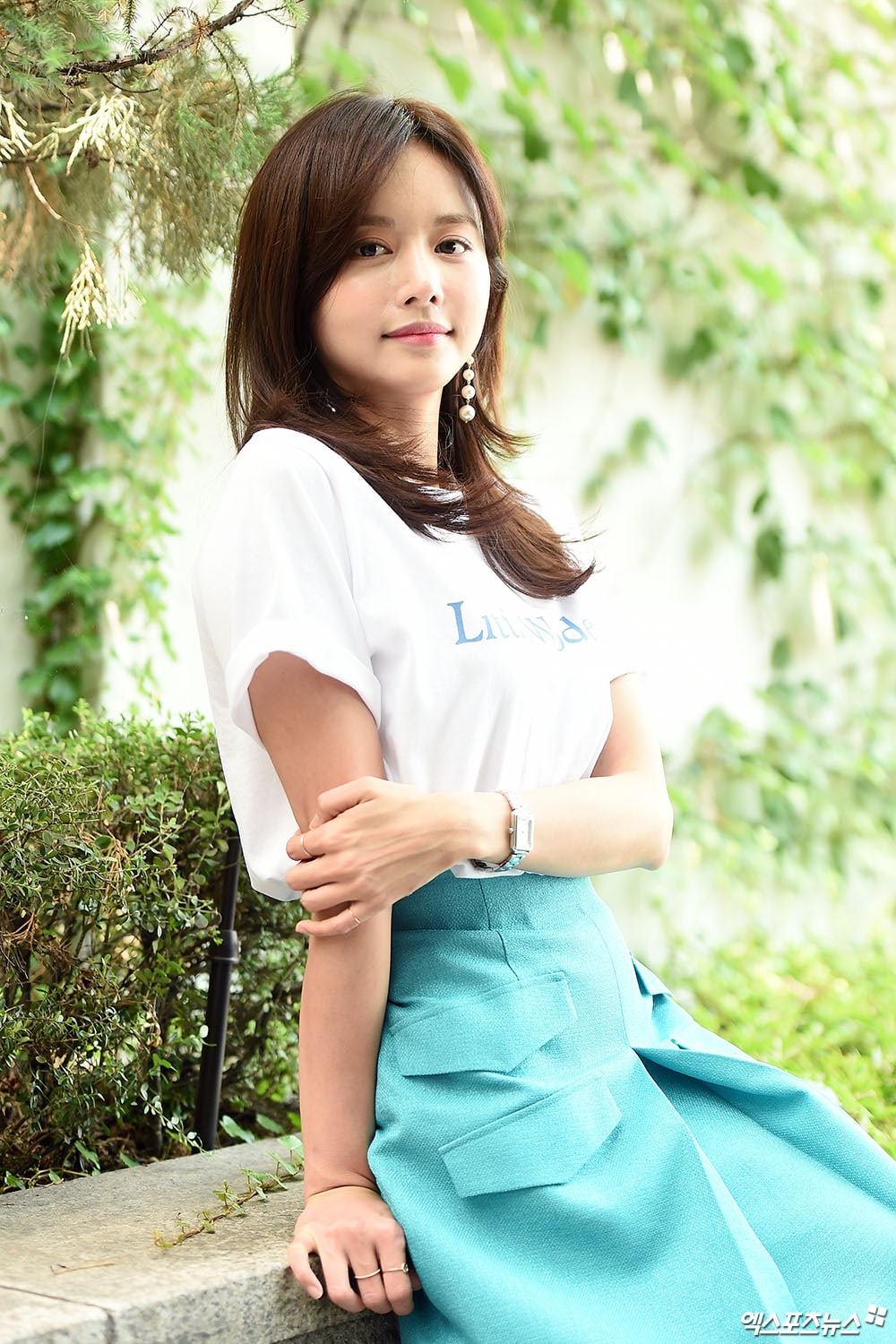 Han Bo Reum further discussed her current activities as a cast member on tvN’s “Mafia Game in Prison.” She said, “I get really nervous on talk shows, but I’m less nervous when I do things that are active. I like playing games and moving around a lot on shows like ‘Law of the Jungle‘ and ‘Mafia Game in Prison.’ I think those kinds of active variety shows suit me better.”

Finally, the actress talked about what kind of role she wants to take on next, saying, “I told my agency that I’m not picky. ‘Level Up’ was about games, and the terminology was difficult, so I had to study a lot. It got me thinking about how much studying I would have to do for doctor or lawyer roles, and it made me want to try acting as a professional character at least once. It’s the same for the action genre—I think I could fly around well. I want to show diverse sides of myself.”

If you haven’t already seen it, you can start watching Han Bo Reum in “Level Up” below!