BTOB’s Yook Sungjae Says If His Girlfriend Wanted, He’d Stop Hanging Out With His Female Friends

BTOB’s Yook Sungjae shared his thoughts on relationships on the latest episode of “Master in the House”!

During the August 25 broadcast of the SBS variety show, Yook Sungjae and the other cast members met their latest masters: married couple Noh Sa Yeon and Lee Moo Song, who are now in their 26th year of marriage.

While talking about various problems that arise in relationships, Lee Moo Song asked the cast, “Would you be okay with your girlfriend drinking alone, one-on-one, with a male friend late at night?” Yang Se Hyung replied, “I’d be fine with my girlfriend having coffee or a meal [one-on-one with a guy friend], but I’d have a problem with alcohol. Because when you drink, there are times when you lose control of your senses. If it’s just the two of them, it’s not okay.”

Lee Sang Yoon chimed in, “I’d also be completely fine with [my girlfriend] going out for coffee or a meal [with a guy friend]. As for drinking together, if it were an old friend from the neighborhood or from her school days, and they met up for chicken and beer near her house because they had some free time, and she came home before 11 or 12 at night… I think I’d be fine with that. But if they then moved the party elsewhere for another round of drinks, that wouldn’t be okay.” He went on to explain, “I can’t trust the other guy.”

An impressed Noh Sa Yeon gasped in surprise before exclaiming to her husband, “He’s exactly my type.” As the female staff members on set also praised him for his attitude, Yook Sungjae continued, “If I had a girlfriend, I think I would tell her, ‘I’ll escort you there, and when you leave, I’ll take you home.'” 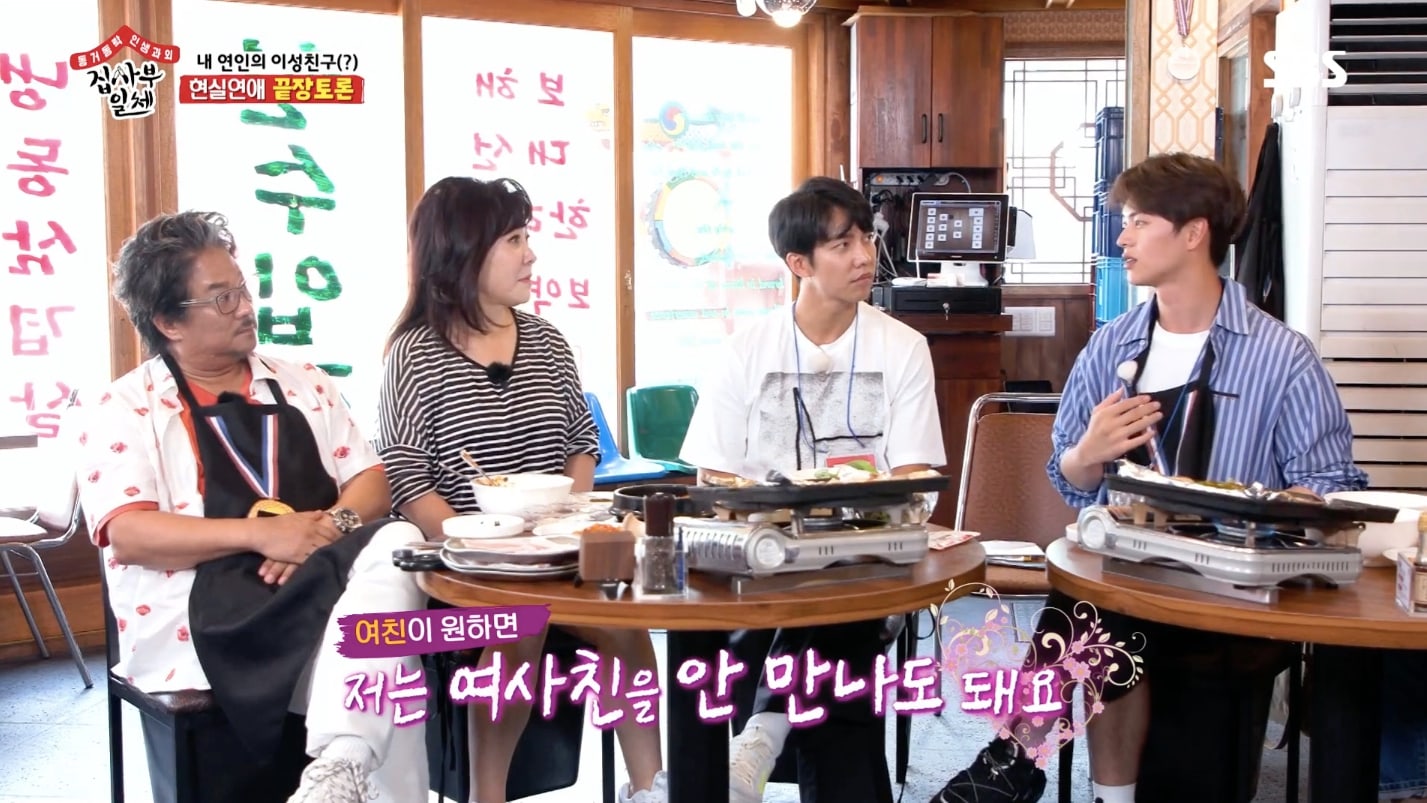 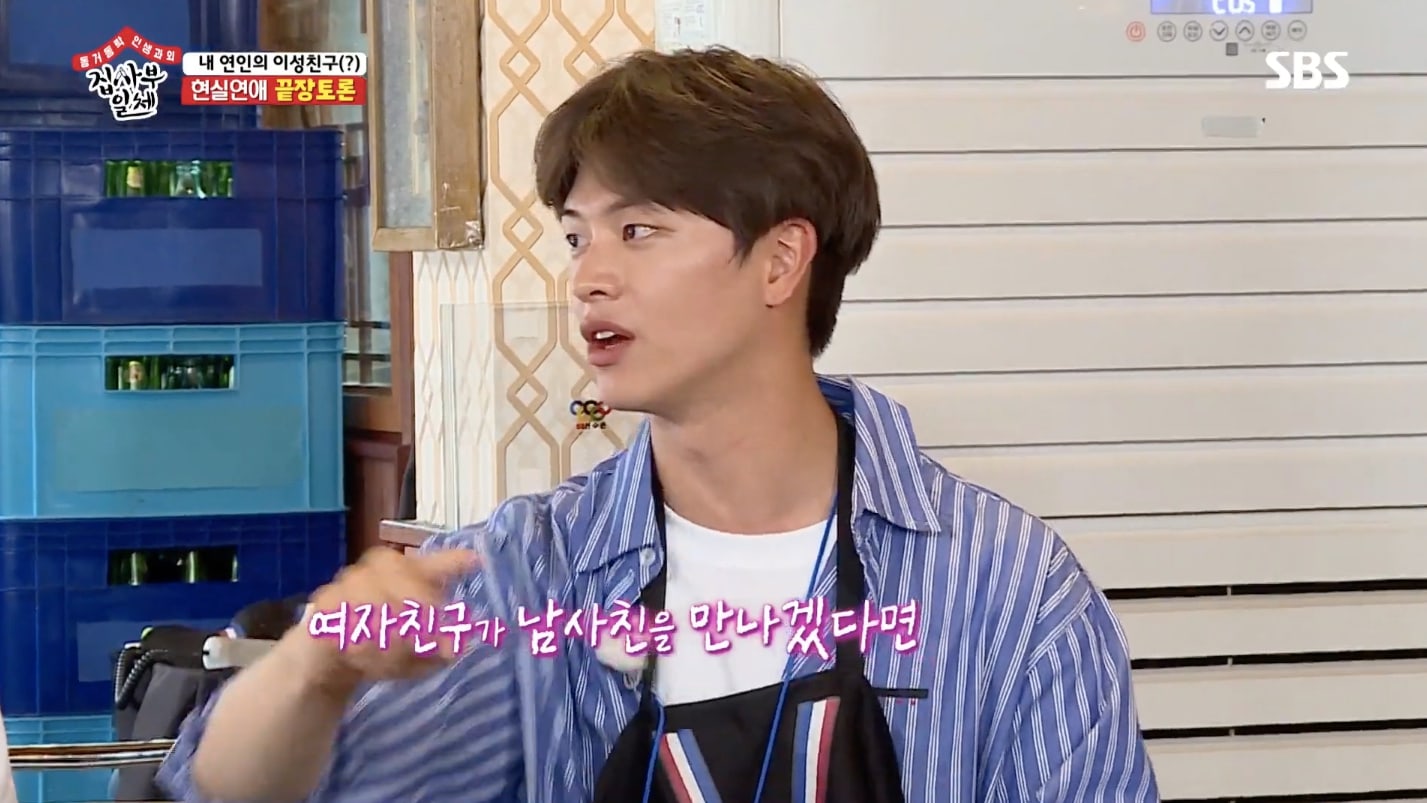 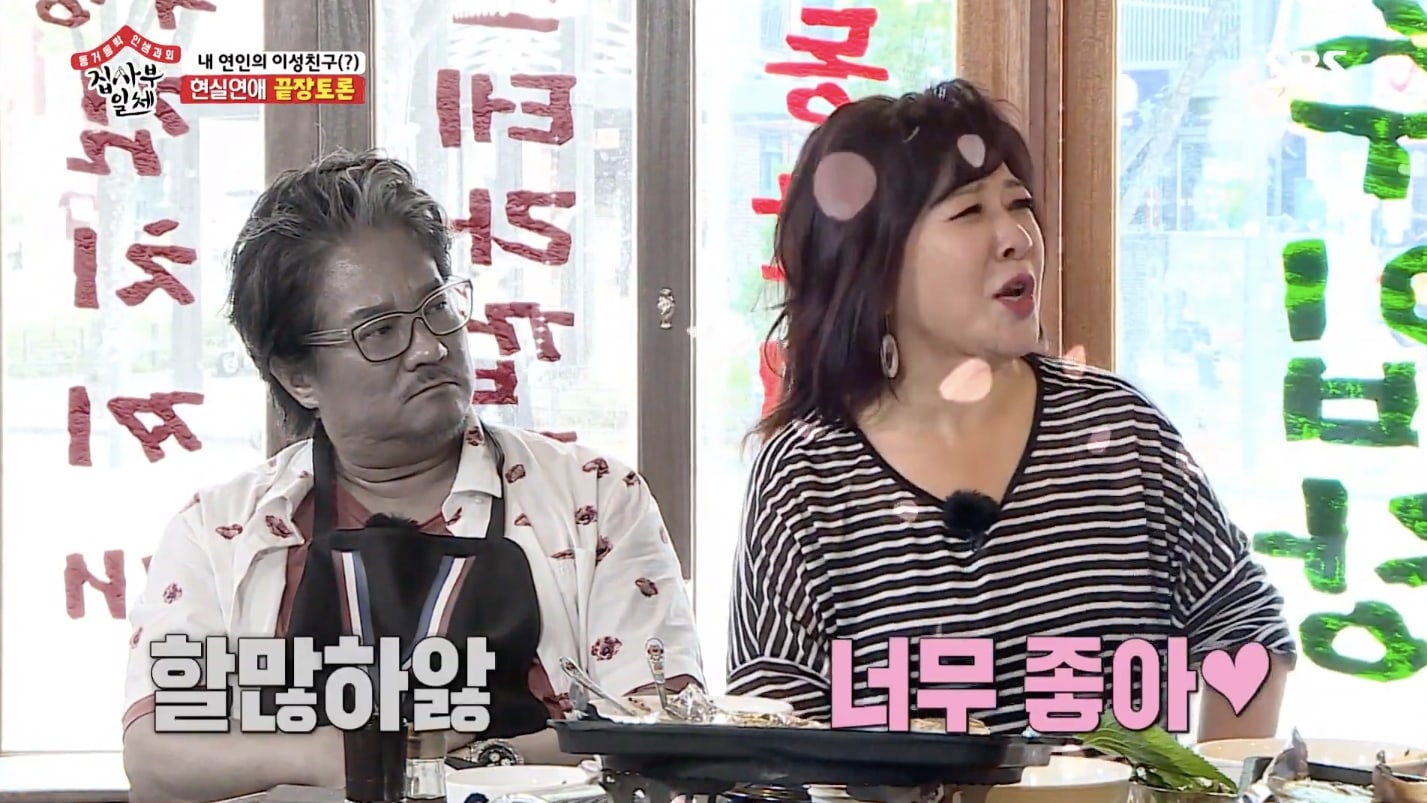 However, Lee Seung Gi shared a different view, remarking, “I’m the complete opposite of Sungjae on this one. I’m okay with [my girlfriend] eating and drinking alone with a male friend.” Yook Sungjae asked in surprise, “Just the two of them?” and Lee Seung Gi confirmed, “Yes, [even if it’s] just the two of them.”

Lee Seung Gi went on to explain, “I think of this as a matter of trust. If you start to not trust someone, then you end up not being able to trust anything that person does.” 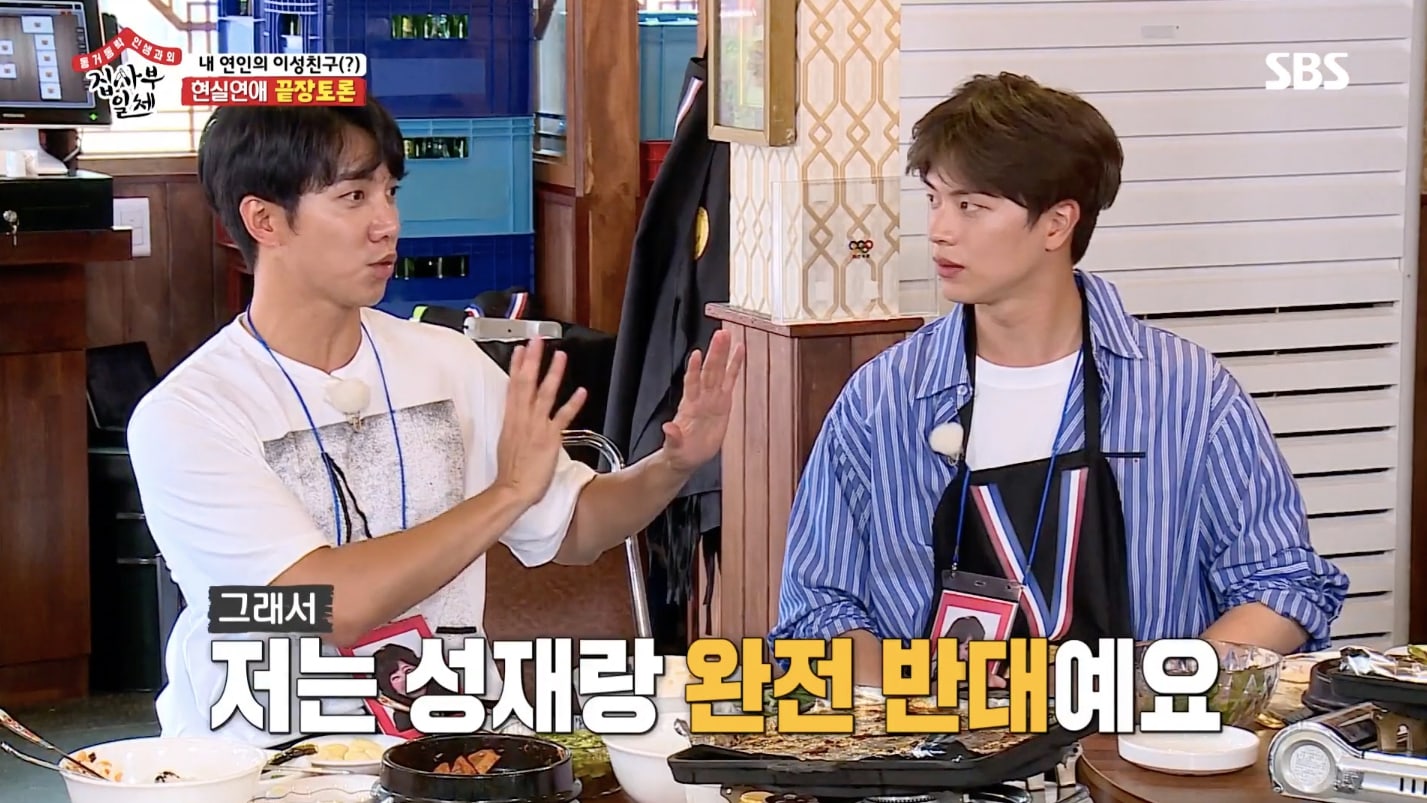