Ahn Jae Hong in JTBC’s Friday-Saturday drama “Melo Is My Nature” is captivating audiences with his unique and refreshing charms!

Below are three reasons why viewers have already fallen for Ahn Jae Hong’s charismatic character!

Son Bum Soo is a character whose actions can’t be anticipated. Not only does he have a unique way of talking, but he also visited the female lead’s house with scallions rather than a bouquet of flowers. His unexpected antics have kept viewers on their toes, making them want to learn more about the one-of-a-kind character.

During the second episode, Son Bum Soo left a strong impact when he rejected the offer to work with the famous scriptwriter Jung Hye Jung (Baek Ji Won). Offended by his rejection, Jung Hye Jung tried to say something, but Son Bum Soo comically blocked his ears and screamed, “I can’t hear you!”

A workaholic who’s only serious while working 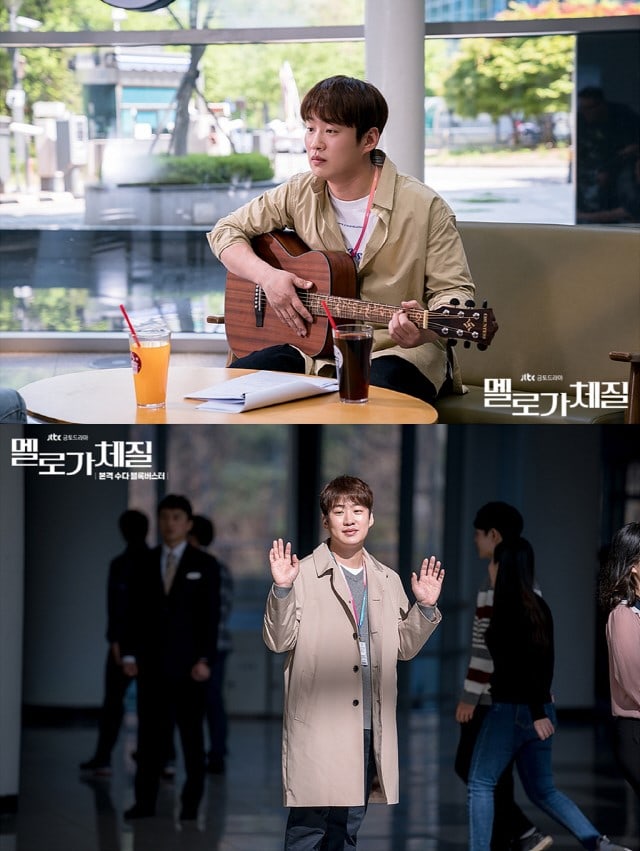 Although he’s a charming character that makes viewers laugh, Son Bum Soo becomes completely serious while focusing on his work. His passionate attitude towards his work has made many viewers’ hearts flutter.

When Son Bum Soo tried to persuade Im Jin Joo (Chun Woo Hee) to work on a project together, he said, “I want to do the work that I love above everything else with you.” He continued to showcase his love for his work by reading the script over and over again, memorizing the script to know it even better than the scriptwriter does.

Viewers were also charmed by Son Bum Soo’s duality! While discussing the drama’s broadcast schedule, Son Bum Soo exploded angrily at a few prominent figures for asking Im Jin Joo an inappropriate question during the meeting. Although he seems like an easygoing character, he’s not one to let wrongdoings go without a word.

Have you fallen for Ahn Jae Hong’s character yet? “Melo Is My Nature” airs every Friday and Saturday at 10:50 p.m. KST.

Ahn Jae Hong
Melo Is My Nature
How does this article make you feel?