New stills of Suzy have been revealed for SBS’s upcoming drama “Vagabond”!

Suzy will be starring in the drama as Go Hae Ri, the daughter of a Marine who ends up becoming a secret agent. When her father dies after heroically saving his subordinates, Go Hae Ri suddenly becomes the head of her family. In the midst of working at the Korean Embassy in Morocco while hiding her identity, a plane crashes, causing her to be swept up in a sudden whirlwind of events.

On August 26, the production team released new stills of Suzy as Go Hae Ri. Wearing safety glasses, earmuffs, and a bulletproof vest, Suzy captivated the audience with her charismatic pose while aiming her gun. With a gaze that shines brightly in the dark atmosphere, Suzy transformed into a new type of character she had yet to attempt until now. 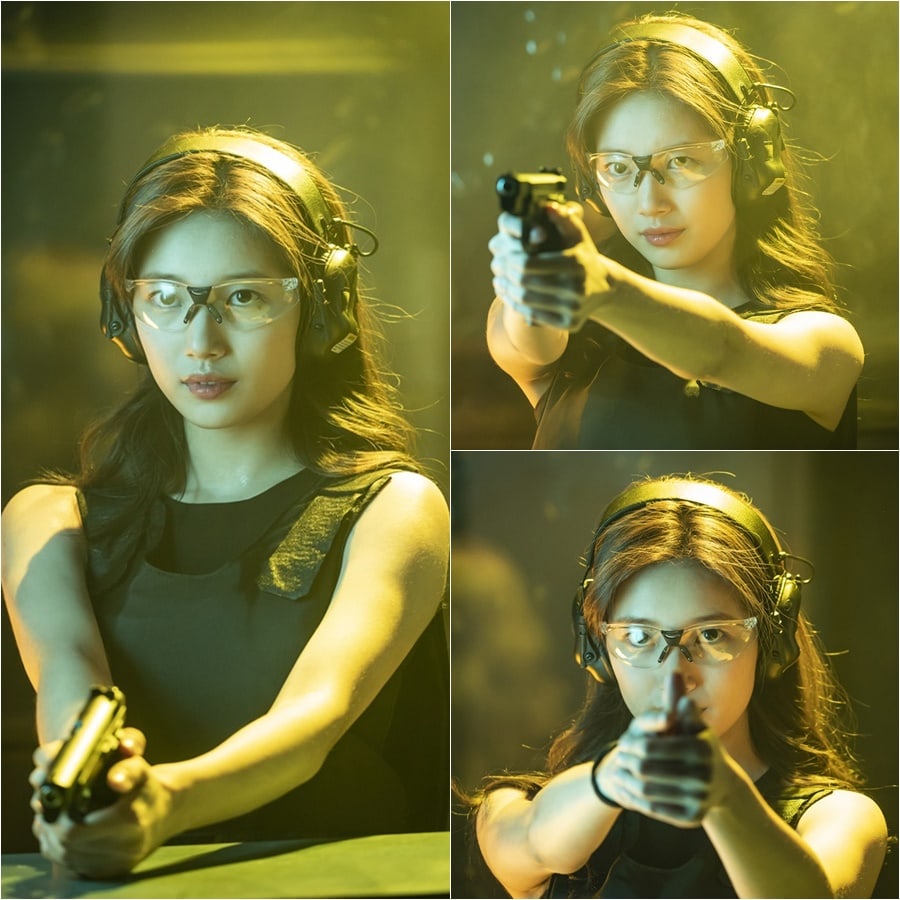 In order to film in a safe environment, strict regulations were placed during filming. Suzy kept a calm and serious attitude on set, staying tense to make sure her concentration wouldn’t waver while filming. Despite the intense atmosphere, Suzy took her shot at the target and deftly showcased the skills she’d honed over time. She also immersed herself into the role of Go Hae Ri, perfectly expressing her character’s emotions.

A source from Celltrion Entertainment shared, “Seeing her pose, serious expression, and overflowing passion that are almost perfectly reminiscent of an actual shooter, we thought, ‘That’s Suzy for you.’ On top of the charming character, the actress is full of passion, so we’re certain Suzy will create a character of a lifetime.”

“Vagabond” is set to premiere on September 20 following the conclusion of “Doctor John.” Watch a special making video for the drama here!

Also catch up with “Doctor John” below while you wait!