Super Junior is preparing a special gift for fans as they gear up for their ninth studio album!

On August 26, Super Junior announced that they would be launching “SJ Returns 3,” which will follow the members on their individual activities, as well as their preparations for their new album that will be released this year. The videos will show the members choosing their title track, recording the music, practicing choreography, and participating in photo shoots for the album. 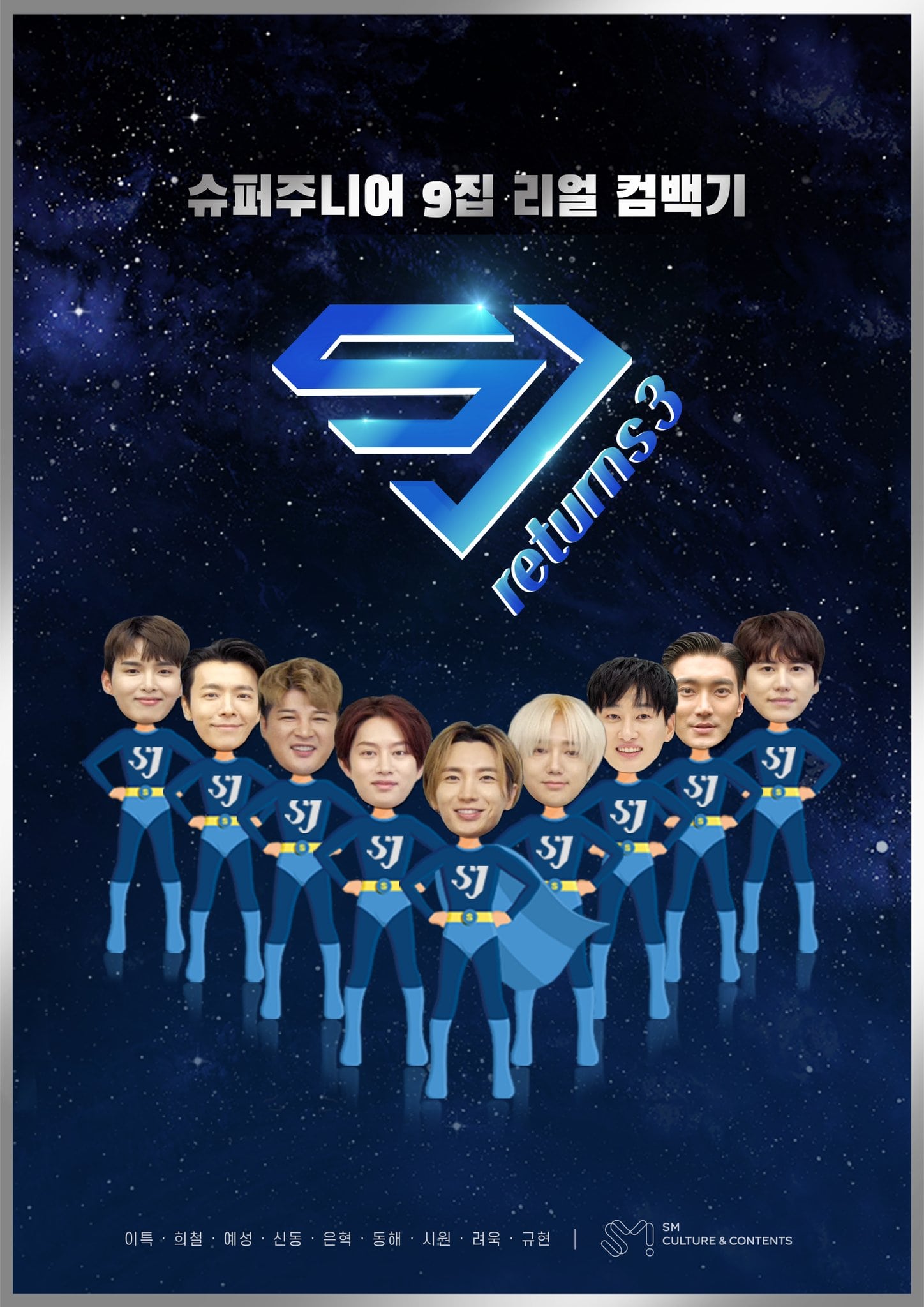 At noon KST on August 26, Super Junior released an introductory video to “SJ Returns 3” and explained, “Super Junior’s individual hiatuses due to the army, which lasted 10 years in total, are finally over. Please tune in to see the nine members of Super Junior who are back from the army prepare for our ninth album.”

Since releasing the first season of their web variety “SJ Returns” ahead of their 2017 album “PLAY,” where they compiled footage taken across 120 days, the series has amassed a whopping 45 million combined views on V Live and Naver TV, raising anticipation for “SJ Returns 3.”

“SJ Returns 3” will premiere at noon KST on September 9.

Are you excited for the new season and upcoming album?

Super Junior
SJ Returns 3
How does this article make you feel?