“Flower Crew: Joseon Marriage Agency” is about a king who makes a request to Joseon’s best dating agency Flower Crew to protect his first love. Upon his request, the agency’s three matchmakers risk their own lives to transform the lowly woman Gae Ddong (Gong Seung Yeon) into the most noble woman.

Park Ji Hoon plays Go Young Soo, Joseon’s first “image consultant” with a remarkable ability at transforming people into more beautiful versions of themselves. Accordingly, Park Ji Hoon is seen wearing a flamboyant hanbok and sitting by his own set of beauty tools. He will brighten up viewers’ moods with his colorful fashion and become Flower Crew’s cute energizer, as he is the youngest of the three matchmakers. 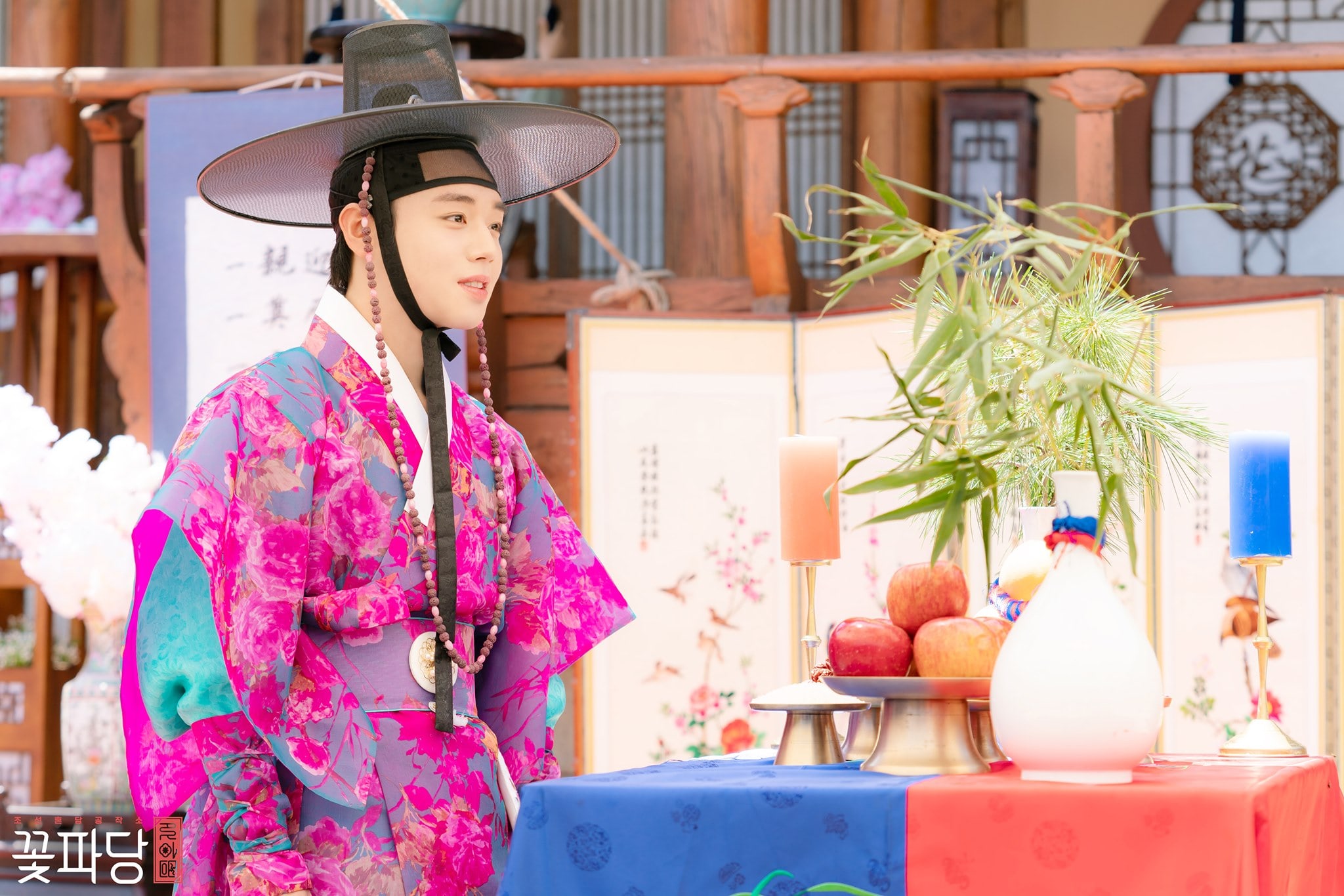 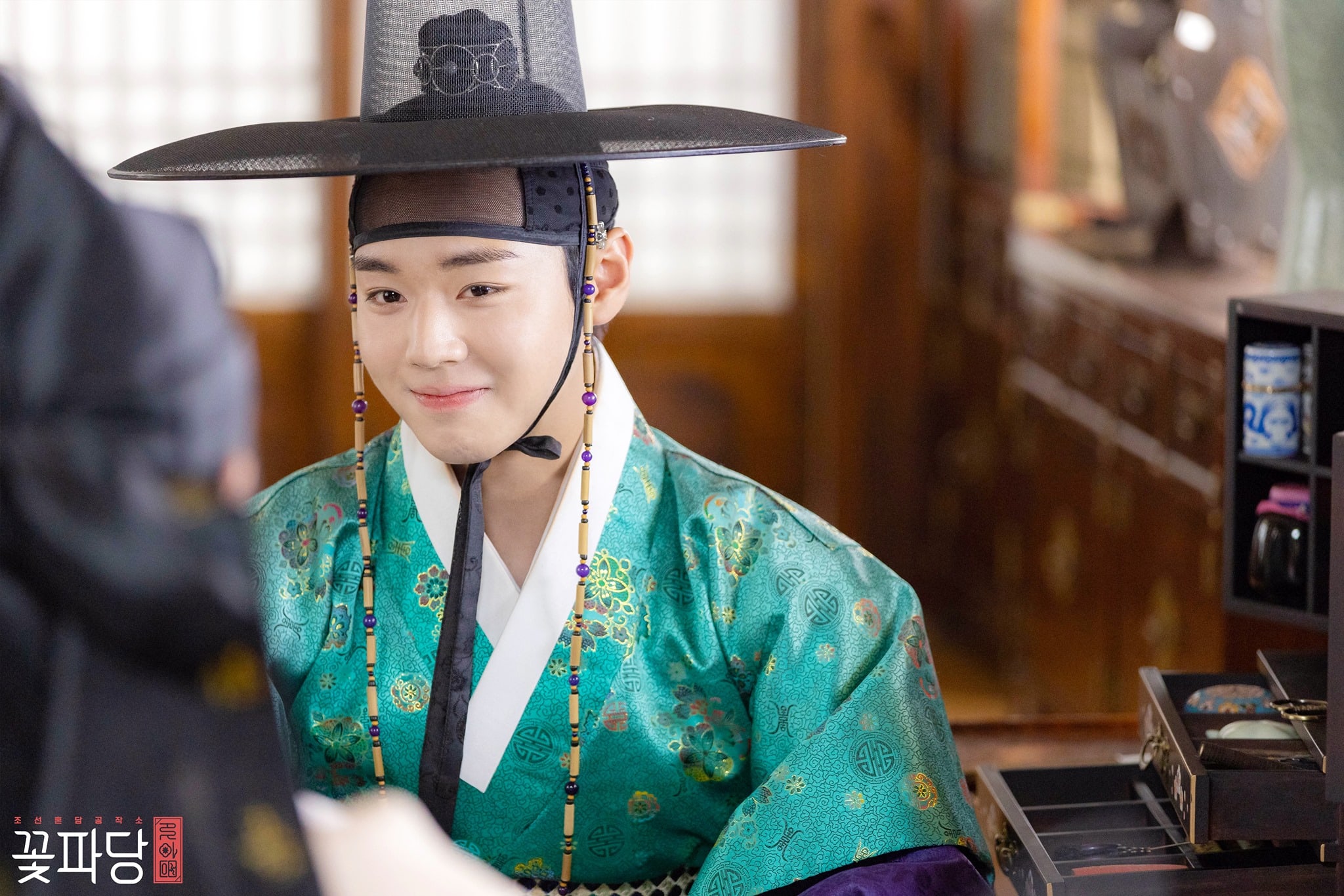 The drama’s producers shared, “[Park Ji Hoon] is pulling off the character Go Young Soo so well that it’s hard to believe that this is his first acting project as an adult. Please look forward to seeing Park Ji Hoon’s sparkling energy in the first broadcast. He is taking on a new challenge, so please cheer him on.”