Song Kang mentioned Kim So Hyun and BTS in a recent interview with SpoTV News.

The actor appears in the Netflix series “Love Alarm” with Kim So Hyun. Based on the popular webtoon of the same name, the romance drama is set in an alternate reality where people find love through a mobile application that alerts users when someone within a 10-meter (approximately 3.28 feet) radius has feelings for them.

Song Kang plays Hwang Seon Oh who falls in love with Kim Jo Jo (played by Kim So Hyun). Hwang Seon Oh has everything, from being a son to a rich family to living the life of a model. He is loved by so many people that the sound of his alarm never ceases to ring, but he has an empty heart.

The actor talked about working with Kim Sohyun, saying, “I asked Sohyun for a lot of advice. I asked her about many heart-fluttering points.”

He continued, “She is a senior actor I saw on TV, so I was worried that I would be an inconvenience to her. I didn’t think I would be enough, but she contacted me whenever there were difficult scenes She told me, ‘You did great today. I also became emotional while acting,’ making me feel more free with confidence. Since she is more experienced than me, she knows how to look better on camera. She helped me a lot while filming.” 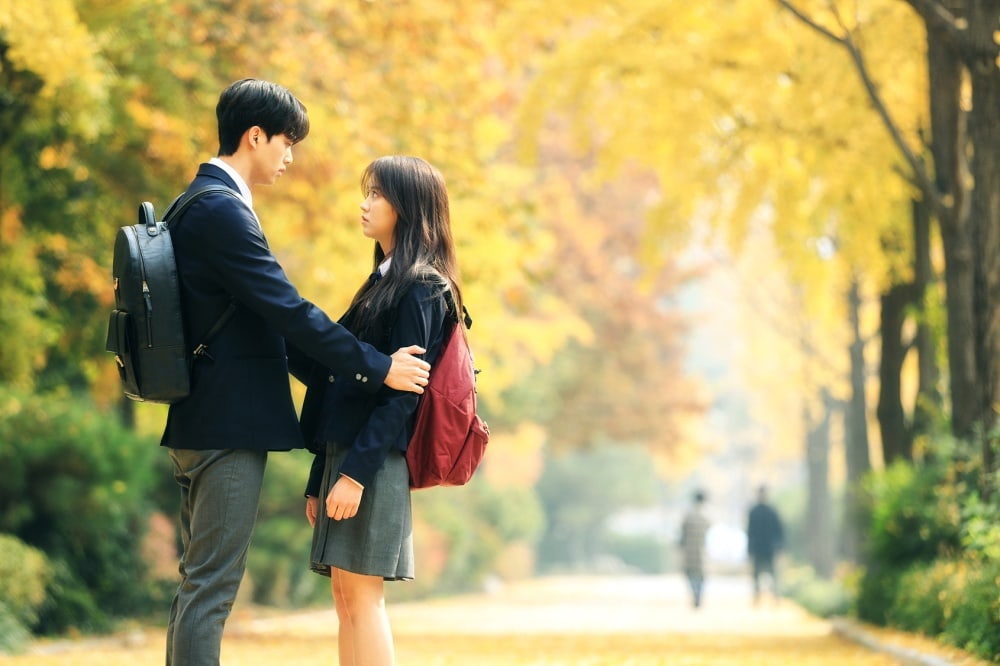 Song Kang also shared his admiration for BTS. He said while laughing, “I heard idol songs, but after I was the MC for ‘Inkigayo,’ I realized that there was a different energy. My heart especially fluttered when I saw BTS. I fell in love with their stage. Everyone is so handsome and cool. I don’t think I can even compete with them.”

BTS
Kim So Hyun
Song Kang
How does this article make you feel?