The drama is a romantic comedy about a man and a woman who participate in a project where they’re to be frozen for 24 hours. But due to a mysterious scheme, they end up waking up 20 years later. As a side effect of the 20-year freeze, the two must maintain a core body temperature of 33 degrees Celsius (approximately 91.4 degrees Fahrenheit) to survive, but when their bodies heat up from romantic attraction, they find that there’s more than love on the line.

In the poster, Ji Chang Wook reaches for Won Jin Ah, but is unable to touch her. The copy reads, “When you and I were the most passionate, 33 degrees Celsius.” 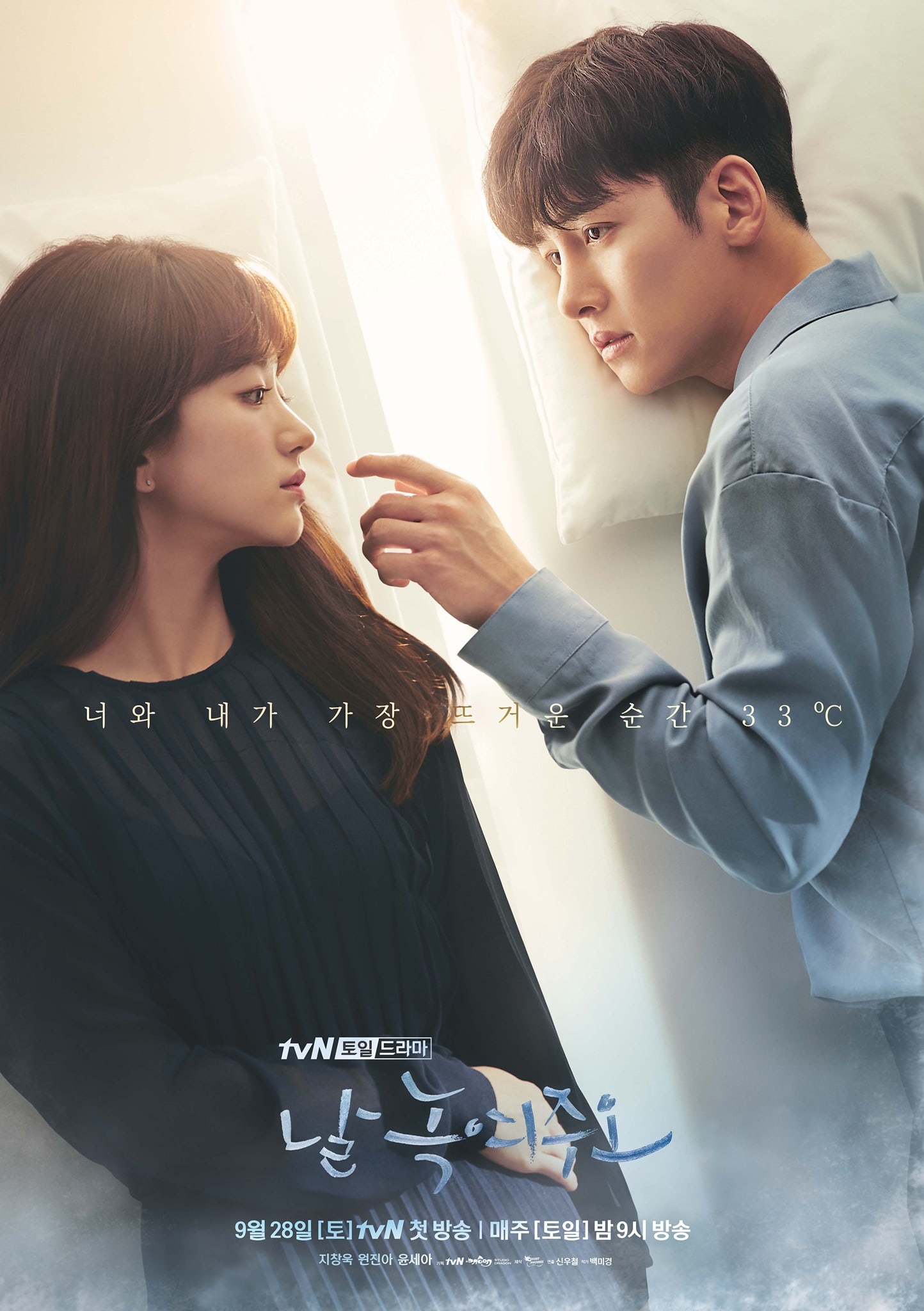 A source from the drama said, “Ji Chang Wook and Won Jin Ah perfectly understood the meaning and concept that we wanted to convey in the poster, and they completely melted into their roles. We ask for your continued interest in their story and how they bridge the gap between present day and their preserved youth.”

“Melting Me Softly” premieres September 28 at 9 p.m. KST and will be available on Viki.