X1 Shares Their Goals After Debut, Messages For Each Other, And More

As part of their premier show-con, the new group X1 shared their thoughts about their year so far, goals after debut, and more.

On August 27, “Produce X 101” project group X1 debuted with their mini album “Quantum Leap” and a premier show-con at Gocheok Sky Dome. Their show-con aired on Mnet and featured a segment of interviews with the guys.

When asked to describe 2019, Kim Woo Seok said it’s a year that’s been like a miracle, Lee Eun Sang said it’s seemed like a dream, Kim Yo Han described it as a turning point, and Son Dong Pyo said it was a year that made him who he is. 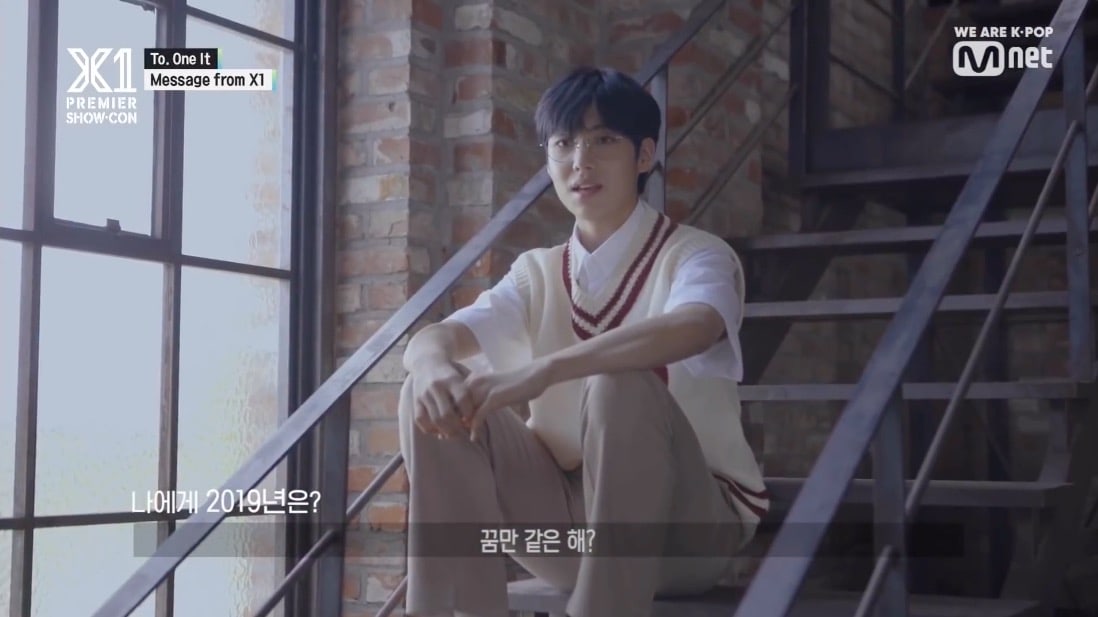 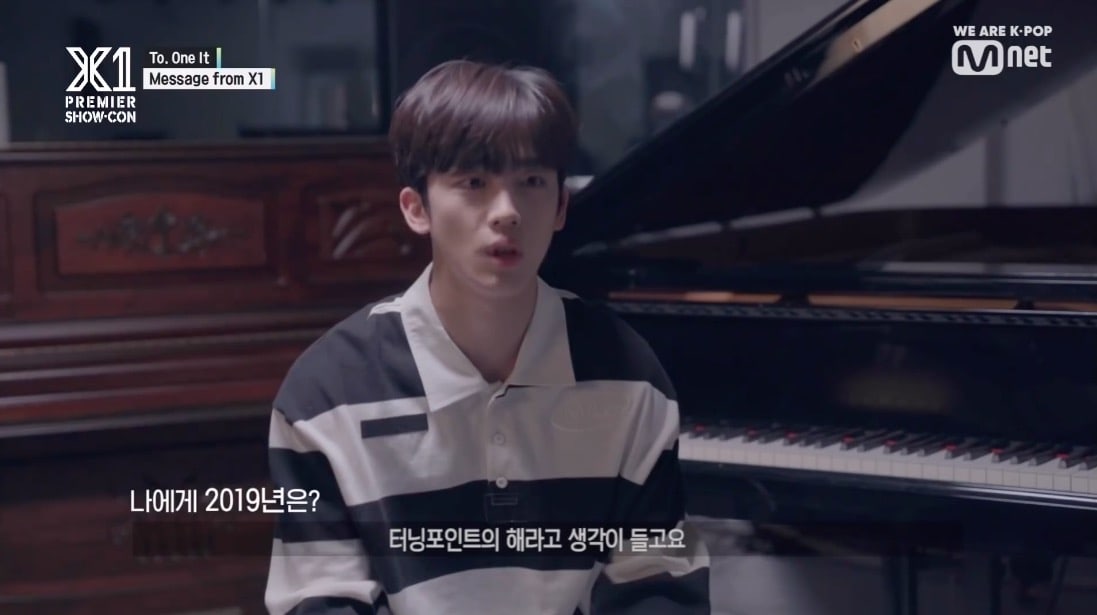 The next question was “What’s a good thing about being X1?” Lee Han Gyul said, “The members are friendly with each other, which is good.” Kim Woo Seok commented, “It’s good to have 11 people who I can share emotions with.”

Han Seung Woo said, “I think I’m getting a lot of good energy,” while Lee Eun Sang said that they have synergy as they’ve become one from the members who all have different experiences.

“I’m proud,” said Cho Seung Youn. “I’m so happy with the members. Our performances are cool.” 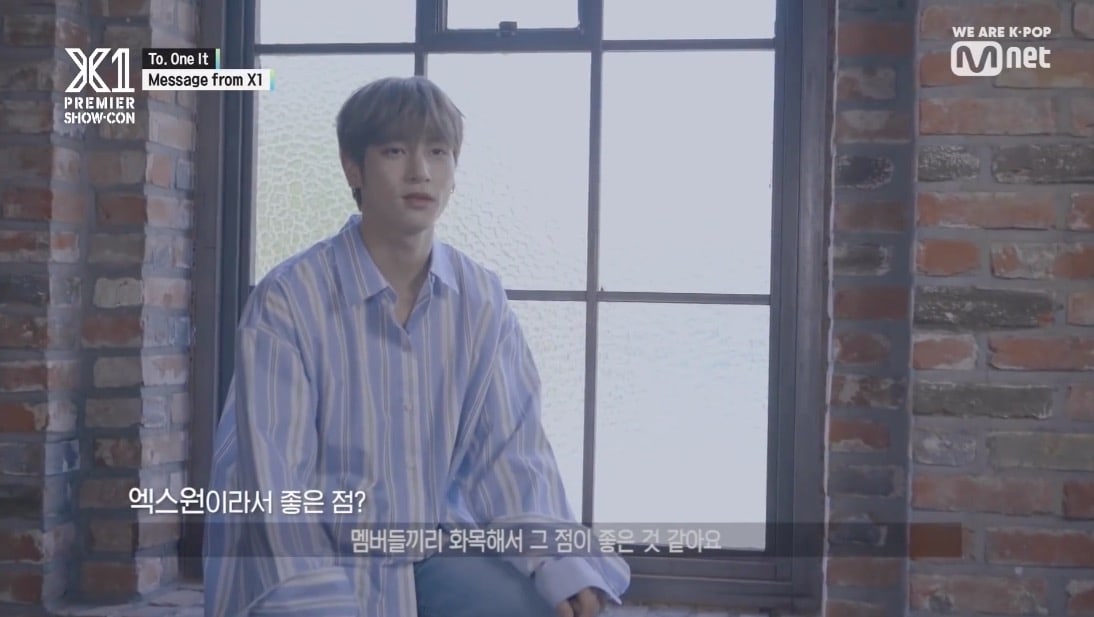 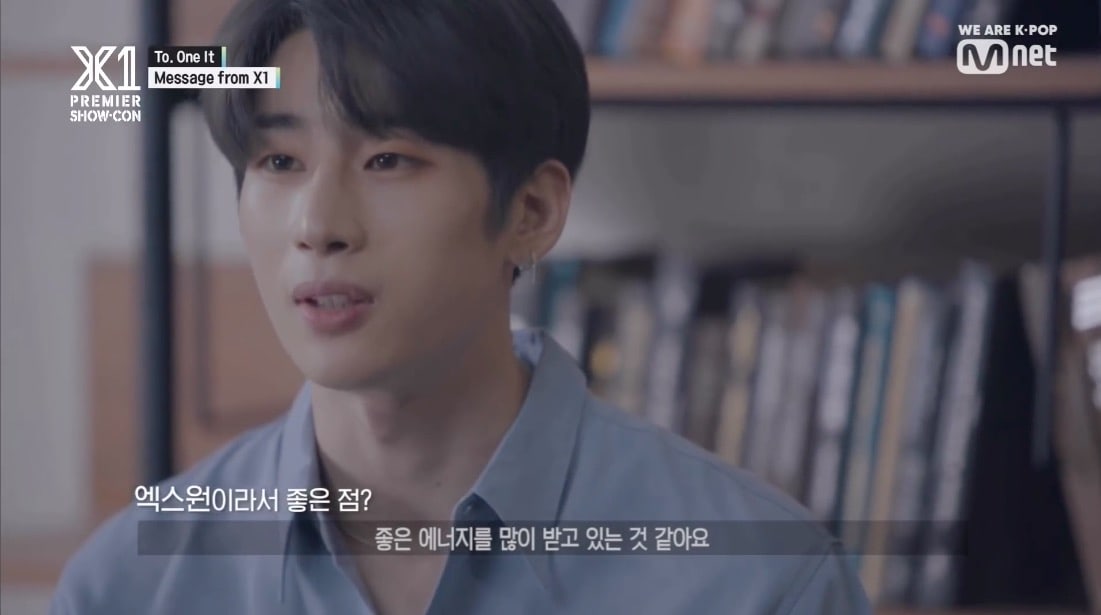 When asked what they definitely want to do after their debut, Cha Jun Ho said, “I think we’d become closer and it would be a time for us to get to know each other more, so I want to go on a trip.”

Nam Do Hyon shared that his hope is to release a self-composed song. Kang Min Hee said, “I want to receive a rookie award so that next to our profile it says ‘Rookie Award.'”

On the topic of the dreams they want to achieve as a member of X1, Cho Seung Youn said he hopes to be able to perform on stage with his favorite artists. 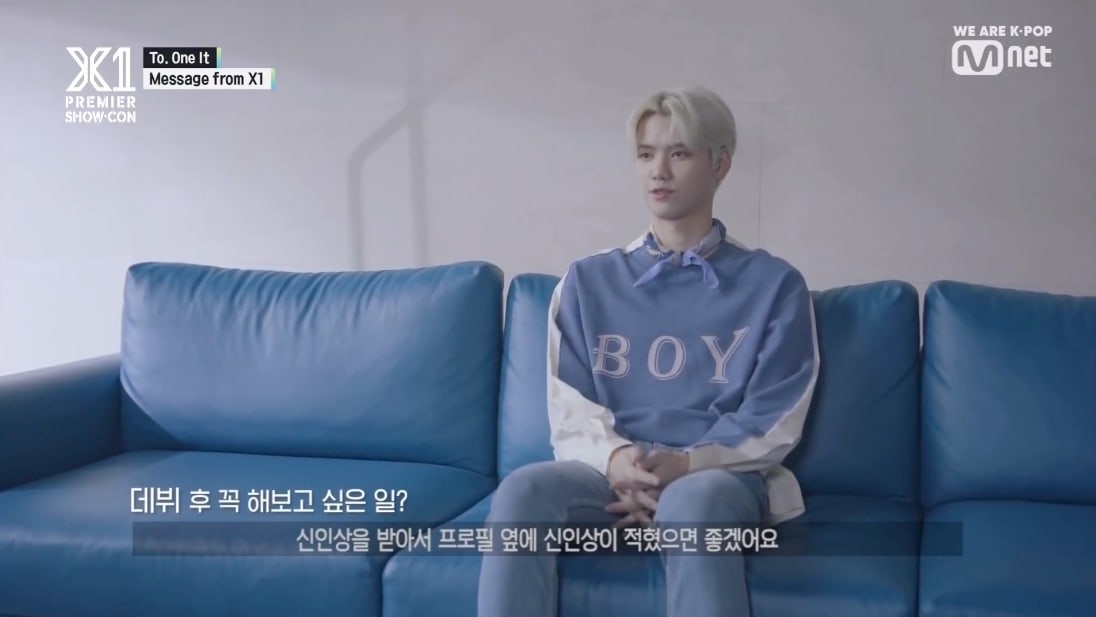 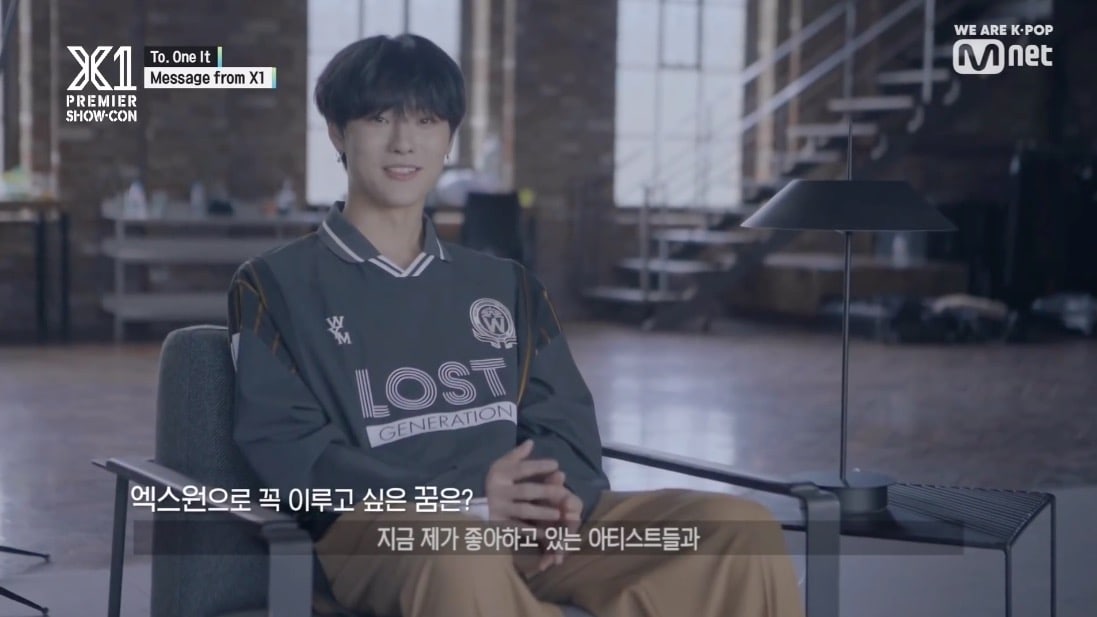 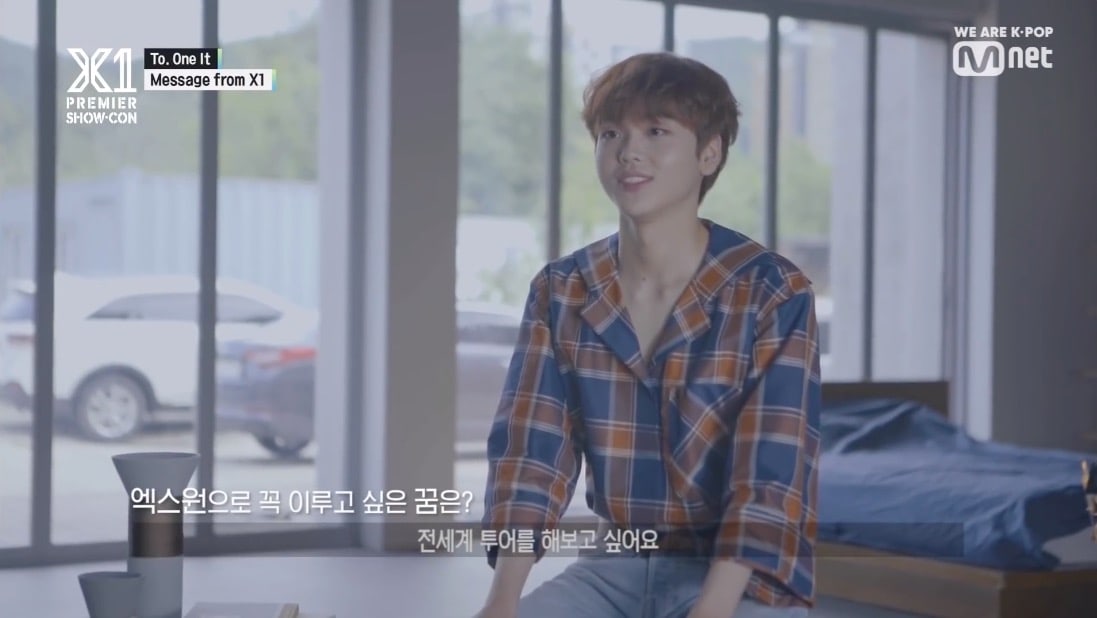 X1 then shared messages they want to convey to their fellow members. “I hope you won’t get hurt or sick,” said Cho Seung Youn.

“I hope we’ll be like a family to each other,” commented Cha Jun Ho. Son Dong Pyo said, “Our X1 family, let’s work hard together so that we can be idols that represent Korea and K-pop.” 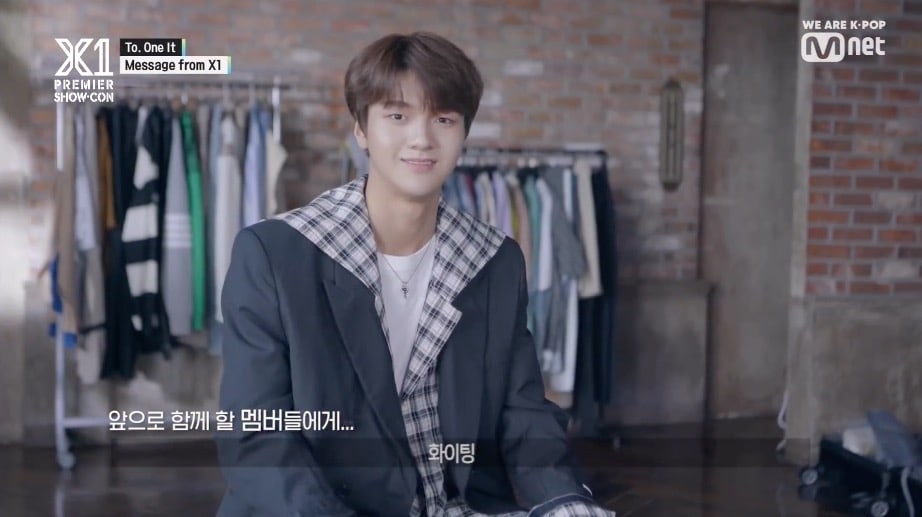 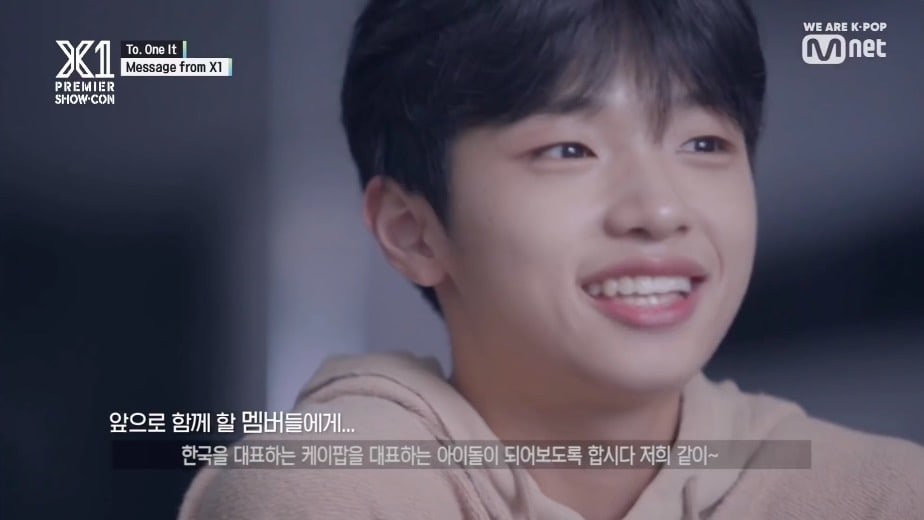 Lee Eun Sang shared that he hopes they can promote happily, while Nam Do Hyon expressed his thanks to all the members for helping him a lot and asked them to continue helping him so that he can keep improving.

“Hello, X1 friends!” said leader Han Seung Woo. “I hope that we’ll be a group that can return what we’ve received from our fans and share happiness with them.”

Finally, the members shared their promises to fans to get even closer with them, deliver great performances, work hard, not forget their original intentions, make them smile a lot, and more. 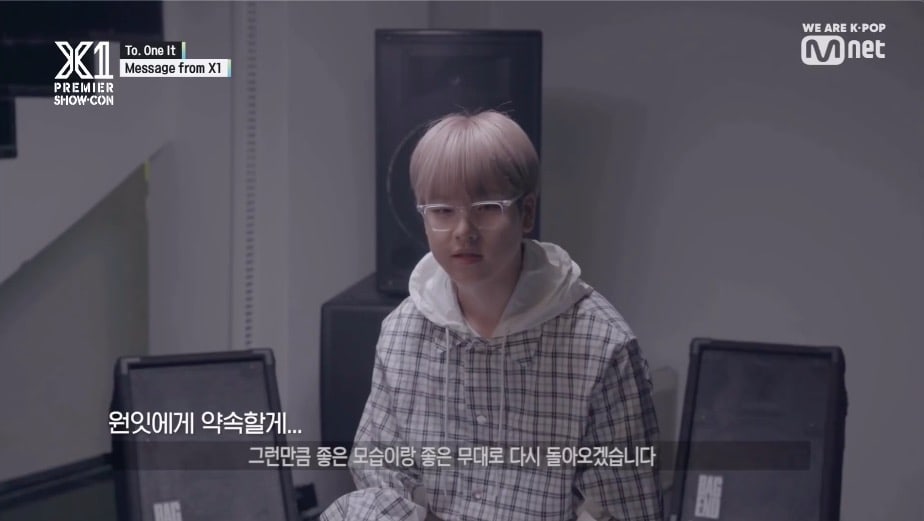 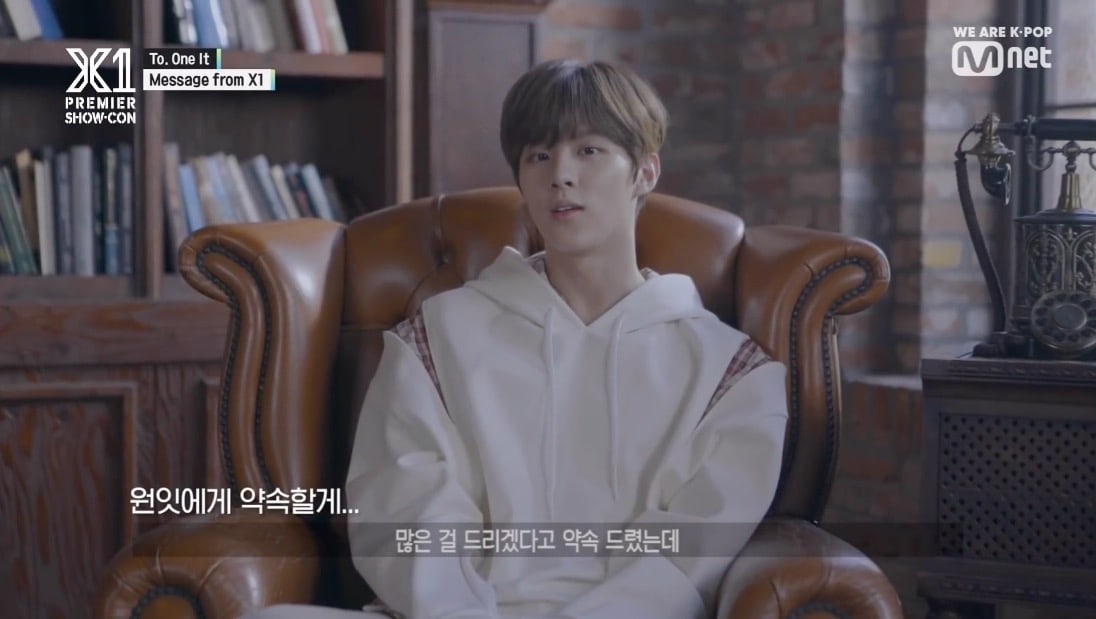 X1 performed their title track “Flash” and more for the first time at their show-con, and you can check out their performances here.