YouTuber Park Min Jung wrote to apologize and explain why she uploaded her conversation with Lee Jong Hyun. Her apology was posted before Lee Jong Hyun announced his departure from CNBLUE. She wrote:

Hello, this is Park Min Jung. I’m sorry about how there has been much controversy because of the [Instagram] story I uploaded last night. Firstly, I received the first direct message from CNBLUE’s Lee Jong Hyun around last week, and as I was aware that he was self-reflecting, I just ignored it. When I received the next direct message, to be honest I felt a bit uncomfortable. I also thought that he might message other women and something bad might happen, and I wanted to prevent that. Those reasons are why I uploaded the story, and I want to say that I’m very sorry to have revealed a private conversation. I have now removed the story and in the future I will be careful not to act so rashly. I apologize.

According to news outlet TV Report, the account was deleted at 4 p.m. KST. The link to his account leads to the message, “Sorry, this page isn’t available.”

On August 28, YouTuber Park Min Jung posted a screenshot to her Instagram story of a direct message she received from an account belonging to Lee Jong Hyun. She wrote, “Huh? Is this really CNBLUE?”

In the image, Lee Jong Hyun tells Park Min Jung, “I really enjoy watching your YouTube [videos]. Please continue to upload fun videos.” He then adds, “Your belly fat is so cute.” 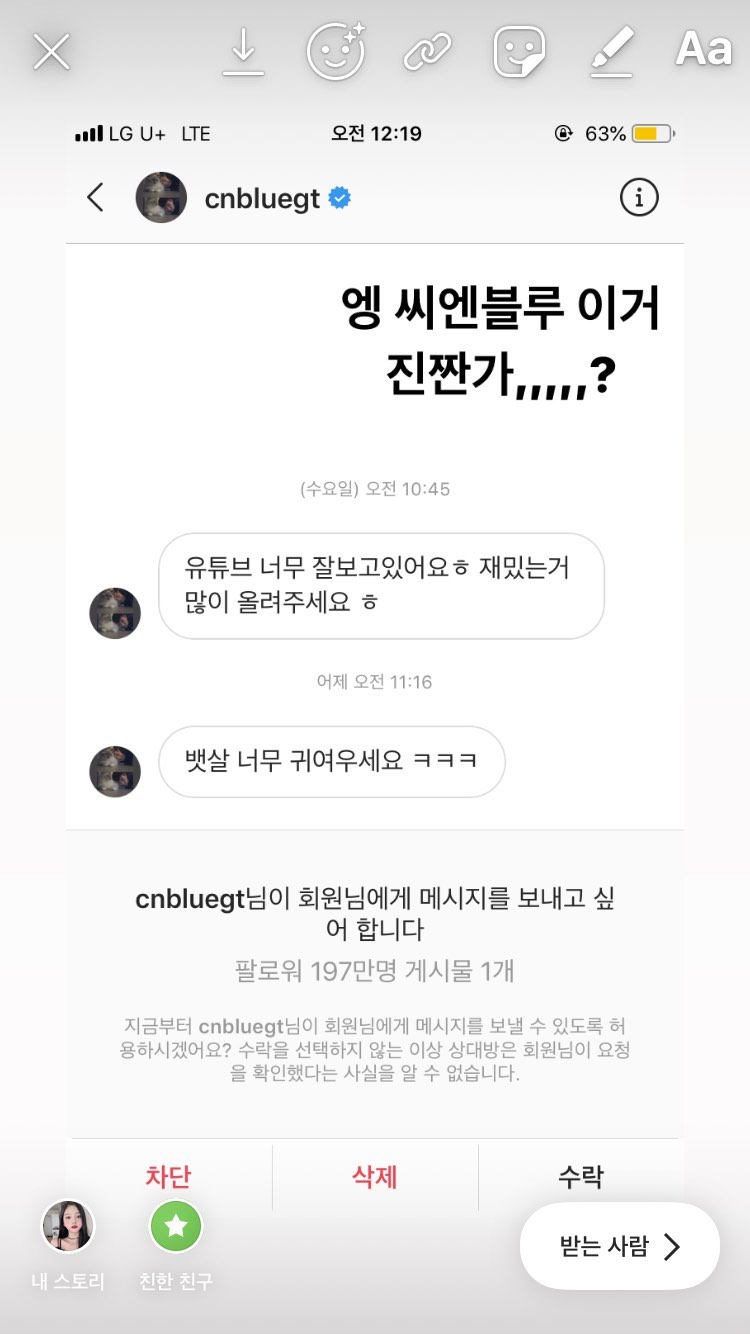 Lee Jong Hyun is currently serving in the military and is set to be discharged by March 2020. In March 2019, he was reported to have received sexual videos of women in a one-on-one chatroom with Jung Joon Young.

In response, FNC Entertainment released an official statement, stating, “He is reflecting and is [aware that] he deserves criticism as he watched the videos via KakaoTalk, had inappropriate sexual conversations, and inappropriate conversations degrading women as reported. Feeling embarrassed and horrible, Lee Jong Hyun accepts the criticism of the public regarding his wrong sexual morality and values and is deeply regretful and criticizing himself. He will be careful about all of his words and actions as a public figure, and he will reflect and accept the consequences of his wrongdoings.”

CNBLUE
Lee Jong Hyun
XPN
How does this article make you feel?