“Flower Crew: Joseon Marriage Agency” tells the story of a king who makes a request to Joseon’s best dating agency Flower Crew to protect his first love. Upon his request, the matchmakers at the agency risk their own lives to transform the lowly woman Gae Ddong (played by Gong Seung Yeon) into the most refined noble.

The first poster features the whole group relaxing on top of a stone wall and sporting bright smiles. Although they are all dressed in traditional clothes, the doodles around them give off a whimsical vibe that is fitting for the youthful romance the drama is anticipated to portray. 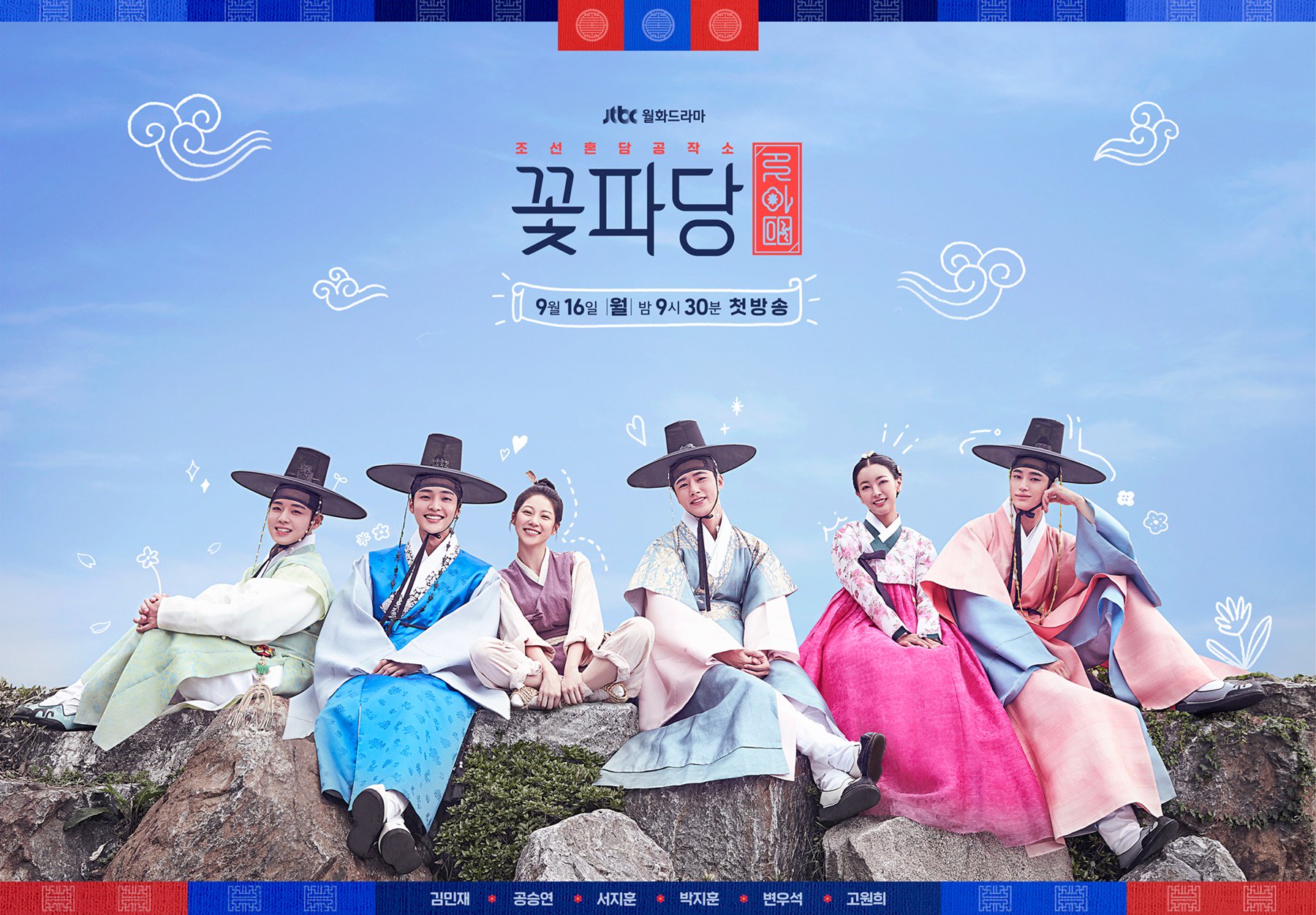 The second poster is set inside the titular Flower Crew dating agency and provides a closer look at the three matchmakers – the scholarly Do Joon, the charismatic Go Young Soo, and the playful Ma Hoon – and their charge, Gae Ddong. The text above them reads, “We provide the answers for marriage,” making viewers curious as to what plans they have in store. 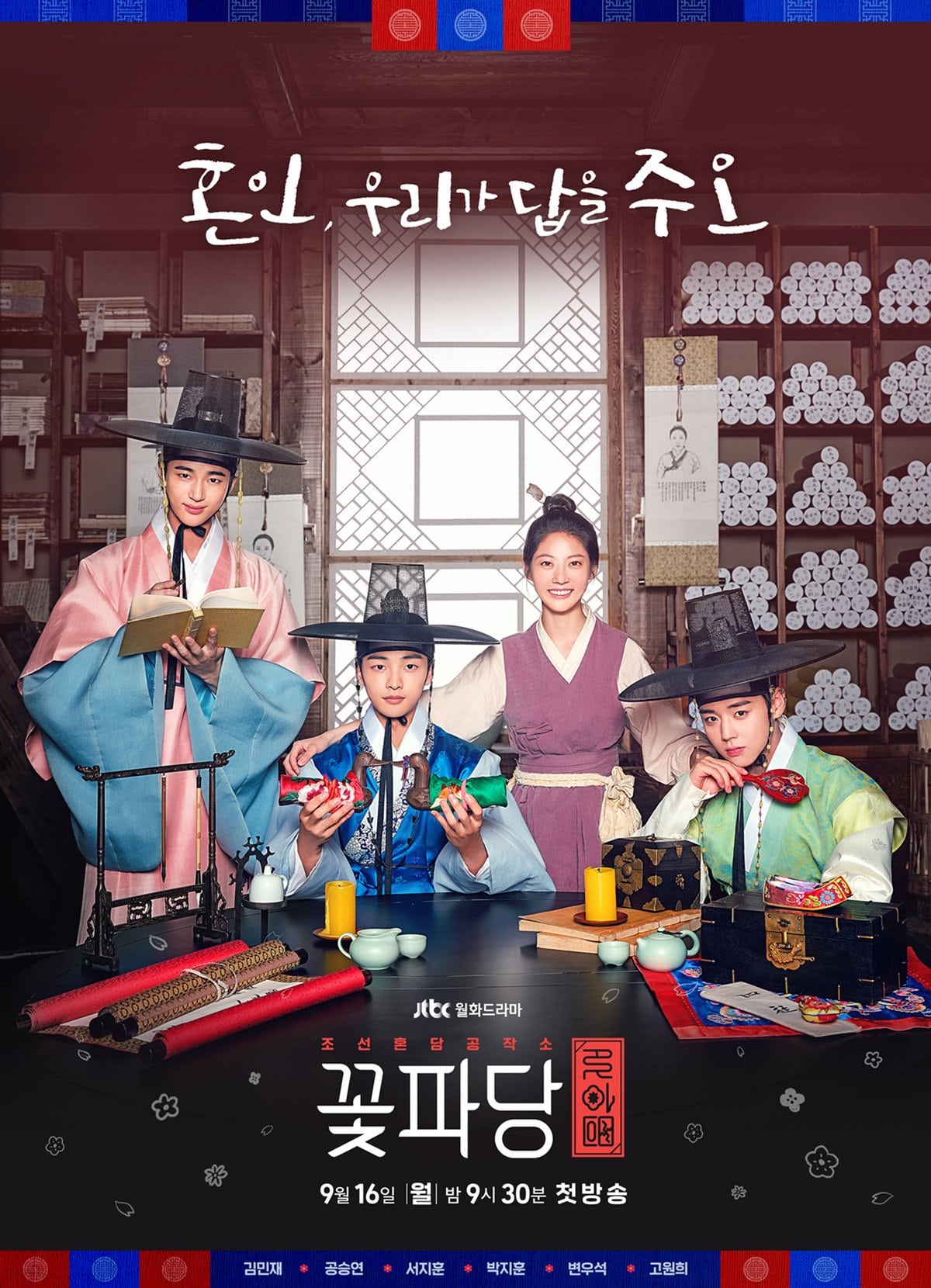 A producer for the drama stated, “The synergy of Kim Min Jae, Gong Seung Yeon, Seo Ji Hoon, Park Ji Hoon, Byun Woo Seok, and Go Won Hee was on full display during the shoot. They drew out the charms of each of their characters and showed off their chemistry to create a great main poster.”

They added, “The young actors of the present day will bring you a Joseon era story of matchmaking for the youth. We will work hard all autumn to present viewers with a fusion romantic comedy that breaks the boundaries of historical dramas. Please show lots of love and interest for the first episode.”

“Flower Crew: Joseon Marriage Agency” premieres on September 16 at 9:30 p.m. KST and will be available on Viki with English subtitles!