“Tale of Nok-Du” is based on a webtoon and will be a historical rom-com about a man named Jeon Nok Du (played by Jang Dong Yoon) who disguises himself as a woman to enter a mysterious all-female community. There, he will meet Dong Dong Joo (played by Kim So Hyun), a gisaeng-in-training who wants to be anything but a gisaeng (female courtesan).

The new character poster shows Jang Dong Yoon making his transformation as he disguises himself as a woman. His poster tagline reads, “A man dressed as a woman who holds a secret, Jeon Nok Du” and he looks forward intently with eyes that are deep and full of mysteries. Jeon Nok Du is highly intelligent and a master of martial arts, and is hiding a fatal secret as a series of events leads him to disguise himself as a widow and enter a community where men aren’t allowed. 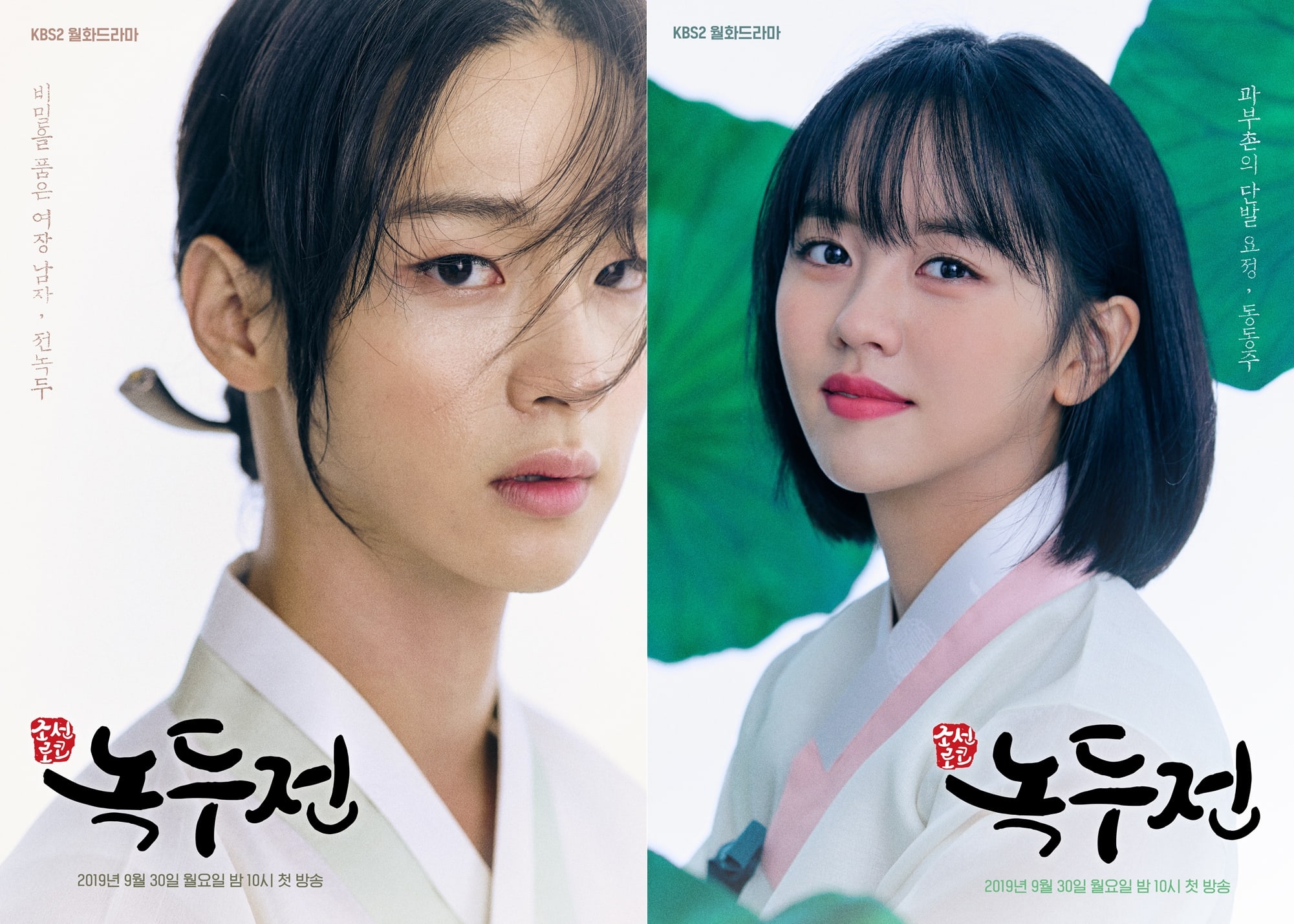 Kim So Hyun has a warm smile on her face, and her uneven short hair is her character’s trademark, with her tagline reading “The community’s short-haired fairy, Dong Dong Joo.” Though Dong Dong Joo lacks the skills to become a gisaeng, she cannot stand by when she sees injustice, and she isn’t afraid to speak her mind. The pair is set to bring laughter to viewers with completely different personalities.

The production staff of “Tale of Nok-Du” stated, “Jang Dong Yoon and Kim So Hyun’s chemistry is better than anyone could have expected. They have not only brought out the charms of the original webtoon, but they have also put their own spin on their characters. We hope people will anticipate the two actors’ romantic synergy as they go through many unexpected situations.”

“Tale of Nok-Du” will premiere on September 30 and will be available on Viki with English subtitles.