“Flower Crew: Joseon Marriage Agency” is a new, entirely fictional JTBC drama about a king who seeks out Joseon’s top matchmaking agency Flower Crew in order to protect his first love. Upon his request, the three handsome matchmakers at the agency risk their own lives to transform the low-born commoner Gae Ddong (played by Gong Seung Yeon) into a refined noblewoman.

Kim Min Jae stars in the drama as Ma Hoon, a talented and sharp-tongued matchmaker who finds himself changing against his will after meeting the spirited Gae Ddong. When asked what had drawn him to the role, the actor replied, “I found the refreshing idea of a male matchmaker in the Joseon era really new and fun.”

Explaining that he had become more and more interested in the character as the script progressed, Kim Min Jae continued, “Although he seems like a brusque, irritable, unsmiling, and cold person on the outside, [Ma Hoon] is actually very soft and tenderhearted on the inside.”

The actor went on to reveal that he was putting a great deal of thought into Ma Hoon’s comportment and tone of voice. “I’m paying close attention to the meaning of his words and his tone,” said Kim Min Jae. “Ma Hoon has a lot of lines in which he makes observations and inferences. In order to convey his meaning and his emotions properly, I need to carefully control his tone and switch back and forth between strength and weakness. The aspect to which I’m paying the most attention is his manner of speaking.” 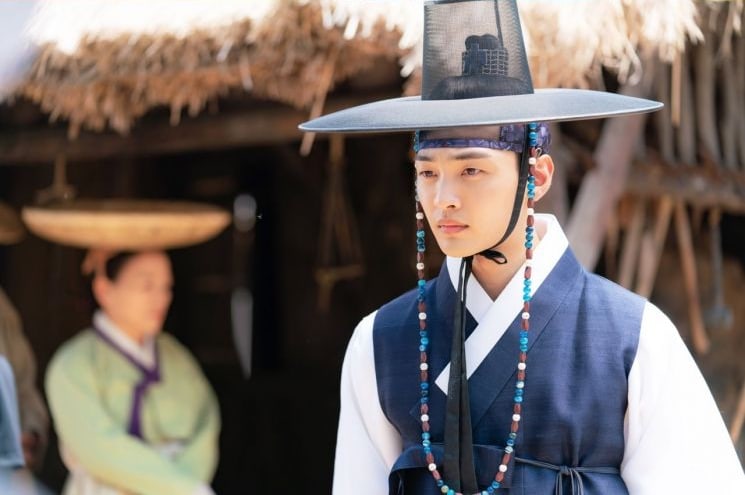 Kim Min Jae added that he was excited about depicting Ma Hoon’s changing “flow of emotions,” explaining, “I really wanted to portray how Ma Hoon transforms and grows as a person while matchmaking for a wide variety of couples.”

“Without even realizing it himself, the undeniably cold Ma Hoon changes after meeting the character of Gae Ddong,” he went on, “and I’m focusing on the way his expressions and tone of voice change accordingly.”

“There are a lot of beautiful, picturesque scenes and cute interactions [in the drama],” he continued. “I want to entertain viewers with the vibrant story of young people growing and maturing as they deal with their worries.”

“Flower Crew: Joseon Marrige Agency” premieres on September 16 at 9:30 p.m. KST and will be available with English subtitles on Viki. Check out a teaser for the upcoming drama below!