“Arthdal Chronicles” stars Song Joong Ki, Kim Ji Won, Jang Dong Gun, and Kim Ok Bin, and tells the story of heroes who write their own legends in the mythical land of Arth. Parts 1 and 2 aired earlier this summer.

Warning: Spoilers for Parts 1 and 2 below.

In the dramatic finale to Part 2, Tanya (Kim Ji Won) found the sacred bell and proved beyond a doubt that she was the true descendant of the gods of Arth. Meanwhile, Eun Seom, who was captured and enslaved in the mines far from the capital city, began his grand escape plan.

However, every twist and turn in the plot raised more questions about what will unfold in Part 3. 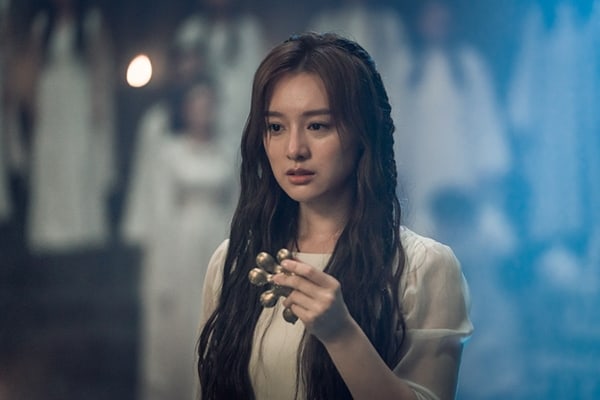 Now that Tanya has found the sacred bell and proved her role in the prophecy, can she bring about the beginning of a new world? She was also the subject of a prophecy in her home tribe of Wahan that said that the child born during the blue comet would change the fate of Wahan forever.

Even disregarding the prophecy, Tanya’s discovery of the bell puts her in a new role of political power among the tribes of Arthdal. What she will do with that power remains one of the key questions going into Part 3.

A hero’s journey for Eun Seom 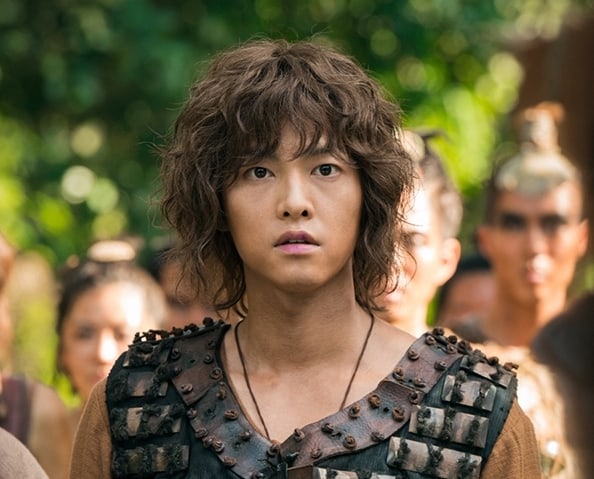 Of all the characters in “Arthdal Chronicles,” Eun Seom has undergone the most changes. He began as an outsider in the Wahan Tribe, knowing he was different from the others but not understanding how or why. After his tribe was captured, he followed them to Arth and learned the truth about his heritage: he is an Igutu, the half-breed offspring of humans and Neanthals.

Although Eun Seom tried to rescue the Wahan Tribe, he was helpless against the political machinations of Ta Gon (Jang Dong Gun) and ended up enslaved in the mines. He almost gave up hope there until Satenik (Jo Byeong Gyu) gave him a new outlook on life and a plan to escape.

Unlike before, Eun Seom is not alone. Will he become a hero not just for his tribe but for all the weak and defenceless people in Arthdal as he fights against Ta Gon once more? 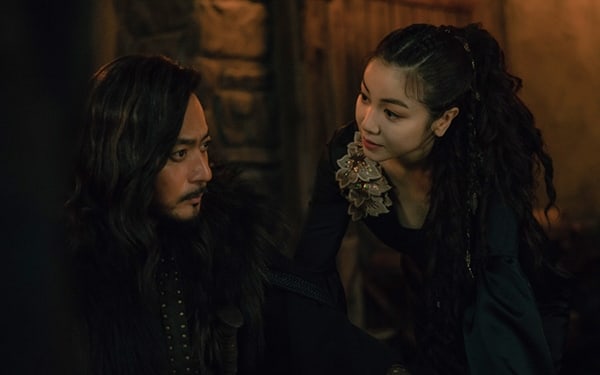 Ta Gon and Taealha (Kim Ok Bin), despite numerous attempts to get them to betray each other, have so far remained steadfastly loyal. The two have been in love ever since they were children but were kept apart by both their parents’ political ambitions.

In the final episode of Part 2, Taealha pretended to agree with her father to betray Ta Gon, but sent Ta Gon a secret message telling him otherwise. Both of them intended to use Tanya as a tool to break the political power of Asaron (Lee Do Kyung), who stands in Ta Gon’s way to becoming the king of Arth. That being said, Ta Gon has killed his own father to get to the throne, and Taealha has proven that she is ambitious and jealous enough to act on her own. Will their love last or is their romance doomed to failure?

Check out the preview for the new part here!

What questions are you hoping will be answered in Part 3 of “Arthdal Chronicles?”