Hong Suk Chun and Ham So Won addressed negative comments about themselves on JTBC’s “Night of Hate Comments.”

The two TV personalities appeared on the August 30 broadcast of the show as guests. Hong Suk Chun was the first to go, and his face reddened in anger as soon as he began. He read a comment that said, “Perverted bastard, why is a gay appearing on TV,” and he replied, “I’m not a pervert. Perverts appear on the news all the time. This makes me really pissed off.” 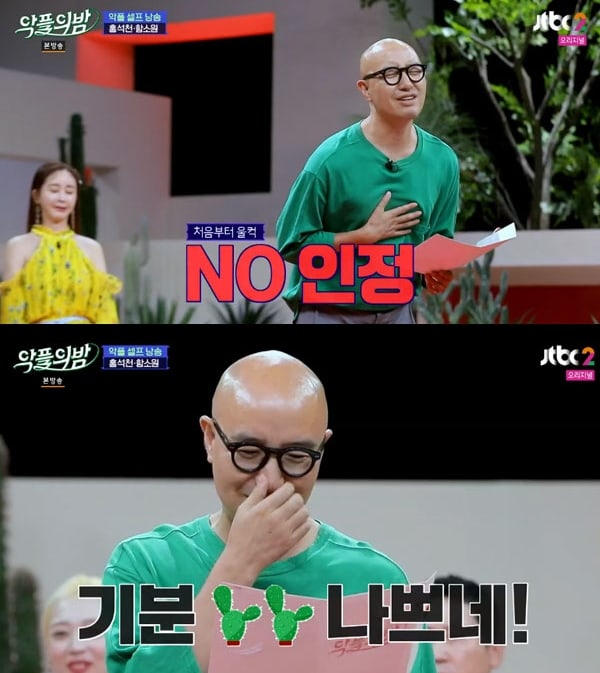 Another comment read, “It makes me sick to see him appear as the first celebrity to come out and act like it’s common sense.” Hong Suk Chun said to this, “Coming out comes with the condition of laying down everything and sacrificing yourself. It is common sense.”

Hong Suk Chun further spoke on his decision to come out. He stated, “I thought the people of the 21st century might accept me when those of the 20th century didn’t, but it turns out only the number changed. I wanted to be happy, so even though it was difficult, I came out.”

He estimated that 99 percent of the comments about him once he came out were hateful and expressed his sadness when other homosexual people joined in on the criticism. He recalled, “They said things like, ‘Why did you of all people have to come out and become the symbol of gay people?'”

On the other hand, Ham So Won read her comments with a relaxed expression. One stated, “Ham So Won hit the jackpot, but what crime did her husband commit?” She said that she acknowledged the statement to some extent, explaining, “I was extremely lucky. I couldn’t believe that my husband would turn down all those women to come to Korea and be with me.” 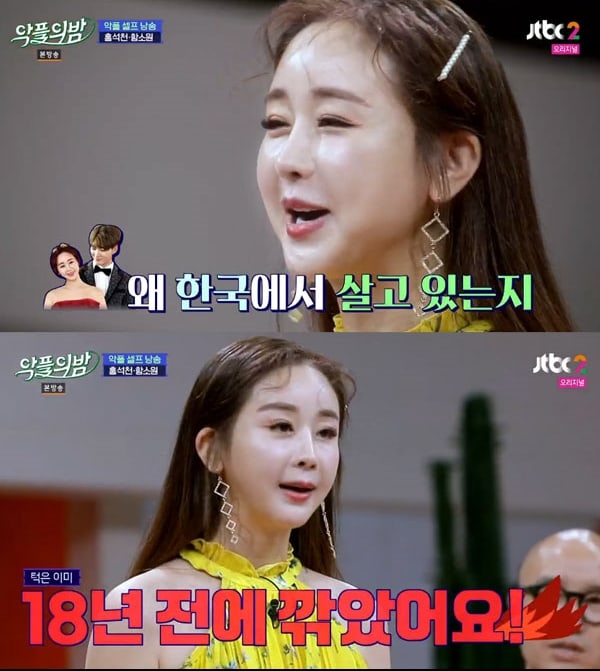 In response to rumors that her husband Jin Hua is a wealthy heir, Ham So Won stated, “I’ve met a lot of heirs in the past, but Jin Hua isn’t one of them.”

She elaborated, “The club where we met was exclusive, and the membership fee was really expensive — about 500 million (approximately $413,000) to 1 billion won (approximately $826,000). I knew it was a place where people with a lot of money went, but I didn’t know if Jin Hua was an heir.”

“Night of Hate Comments” airs every Friday at 8 p.m. KST.

Watch “Night of Hate Comments” below!

Hong Suk Chun
Ham So Won
Night of Hate Comments
How does this article make you feel?