Kim Go Eun On Working With Jung Hae In, Talks About Approaching 30 And Her Current Career Goal

In a recent interview with Star Today, actress Kim Go Eun talked about working with Jung Hae In in the new romance film “Tune In for Love.”

The film, which premiered on August 28, has been off to an incredible start, setting a romance film box office record on day one and remaining at No. 1 in the box office for three consecutive days.

In “Tune In for Love,” Kim Go Eun plays a woman named Mi Soo opposite Jung Hae In’s character Hyun Woo. The two continue to cross paths over the years, although the timing is never right. On working with Jung Hae In, Kim Go Eun said, “If two people who are considerate of their fellow actors meet as partners, I don’t think there’s ever an instance in which it won’t work. Jung Hae In was that kind of actor. We knew that about each other and trusted each other, so when we were filming and found something to be difficult, we helped each other get past it.” 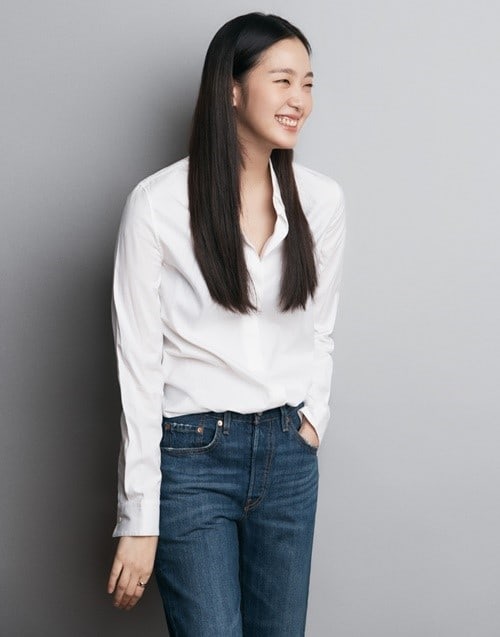 Kim Go Eun is currently 29 by Korean reckoning, and on looking forward to her 30s, she said, “My goal was to become an actress viewers could put their trust in, but now I’m not so sure. I think I will have at least grown a little [by 30].”

She added, “I’ve promoted for some time without any breaks, and during that time, there were a lot of stories and misunderstandings. It was actually not as bad in the moment. I thought I should keep my wits about me and get through it, but it kept festering for years and hit me all at once. Right when I was having a hard time, I was cast in the film ‘Sunset in My Hometown,’ which was a lot of help to me. That’s how I got past [that period of my life].”

Kim Go Eun said that she wants to continue moving forward step by step. “My dream? Right now, it’s to do a lot of different types of projects. While I’m promoting as an actress, I want to do as many projects as I can. It’s important that a project does well and that the acting is good, but because my job is acting, I want to continue taking on new roles. Because there’s something to learn in everything.”