The drama is a romantic comedy about a man and a woman who participate in a project where they’re to be frozen for 24 hours. But due to a mysterious scheme, they end up waking up 20 years later. As a side effect of the 20-year freeze, the two must maintain a core body temperature of 33 degrees Celsius (approximately 91.4 degrees Fahrenheit) to survive, but when their bodies heat up from romantic attraction, they find that there’s more than love on the line.

Ma Dong Chan and Go Mi Ran participated in the “Frozen Human Project,” and they were supposed to freeze for 24 hours and wake up, but they woke up 20 years later instead. Perhaps that’s why the two are trapped in the hard ice with puzzled expressions. 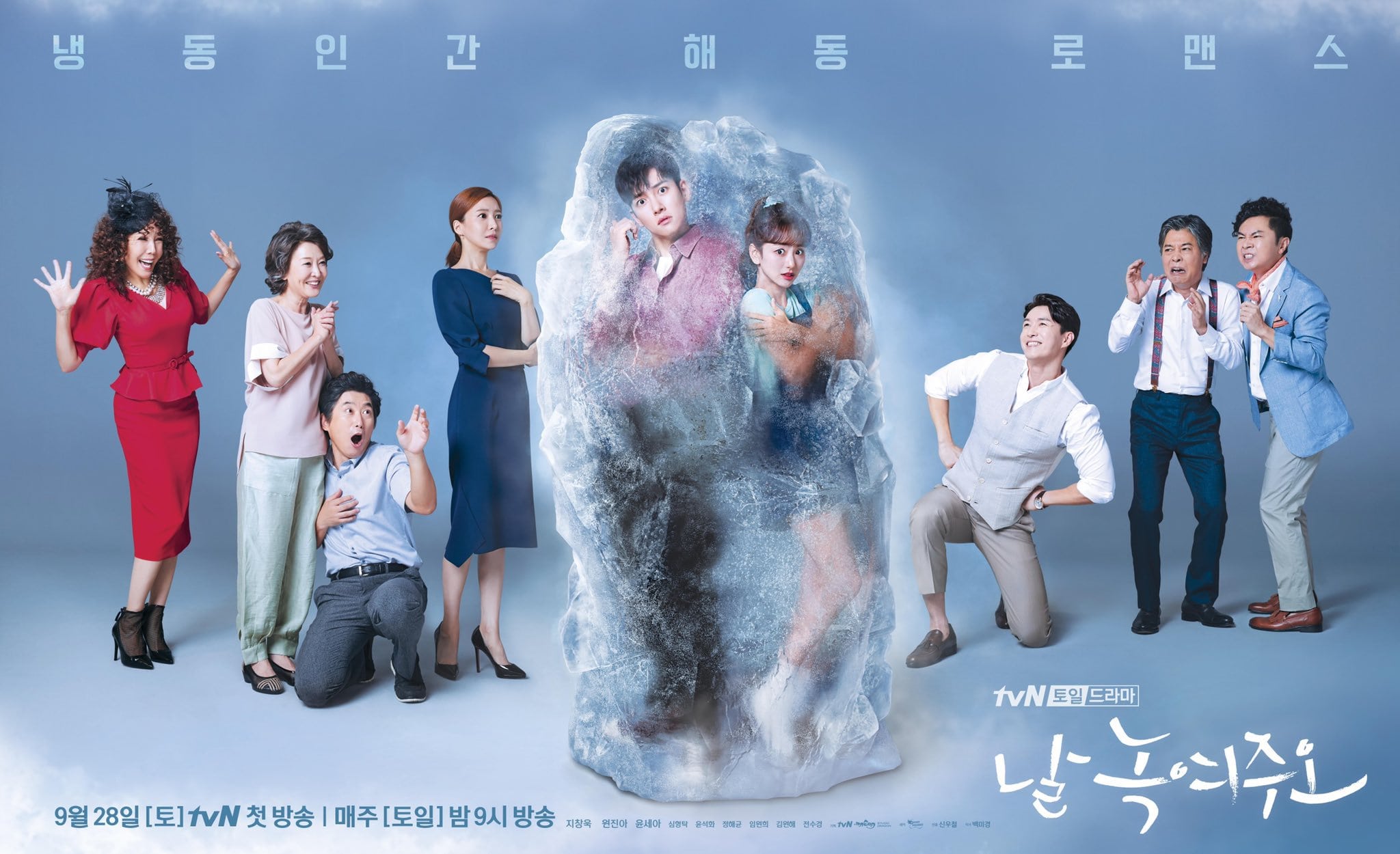 The production crew commented, “Through the group poster, all the lead actors who will be responsible for both the laughter and tears of ‘Melting Me Softly’ have been revealed. The poster’s key point is the different emotions that the characters portray while looking at Ma Dong Chan and Go Mi Ran.Their expressions suggest a compressed version of the story. This fall, we will visit you with a pleasant and hot story that will melt your five senses. Please look forward to the first broadcast.”

“Melting Me Softly” will premiere on September 28 at 9 p.m. KST and will be available on Viki.