On the August 31 episode, the cast of the upcoming drama “Flower Crew: Joseon Marriage Agency” appeared on the show.

Seo Jang Hoon then said, “There were articles that the Wanna One members recently met up.” Park Ji Hoon replied, “Yes. August 7 was our second debut anniversary, so we tried to bring back old memories and danced to [our debut track] ‘Energetic.’ But the cool thing is, it was a complete mess since we were dancing together for the first time in a while.”

He added, “During our Wanna One days, there was a time when we deliciously ate meat thanks to Lee Soo Geun, who bought it for us.” 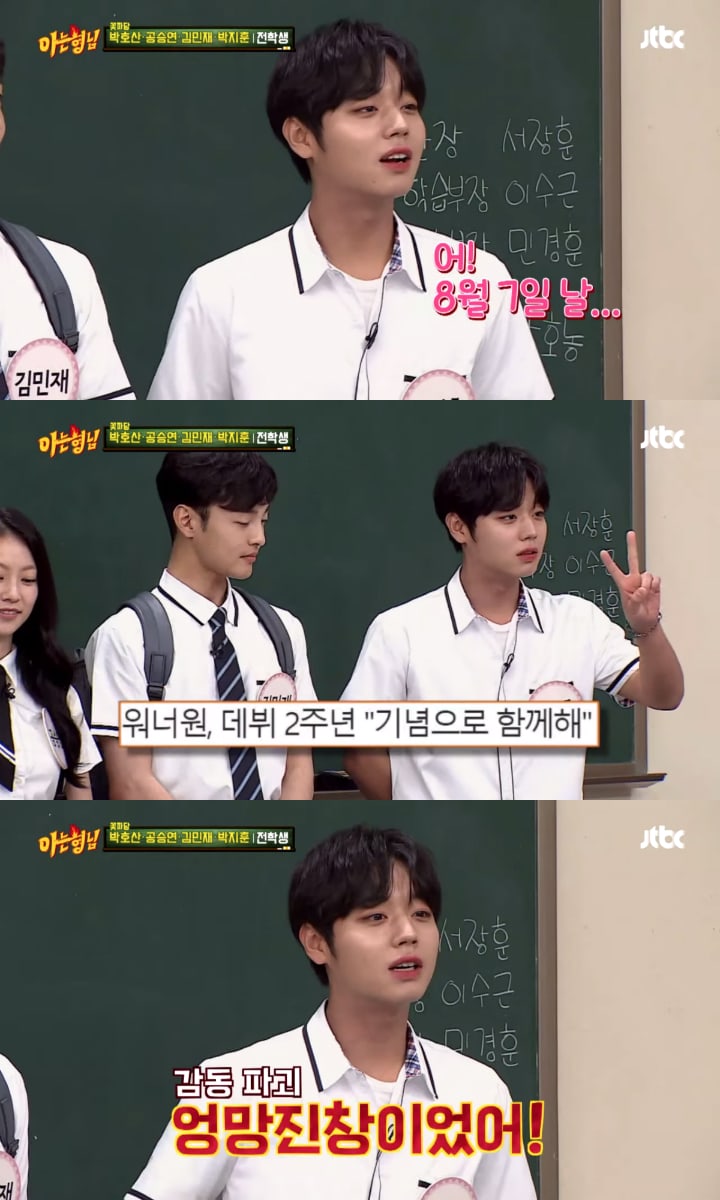 Wanna One
Ask Us Anything
Park Ji Hoon
How does this article make you feel?