The September 1 episode, like Kim Heechul’s first appearance on the show, continued to show the idol’s daily life. While watching from the studio, his mother shared her concerns at seeing her son sitting in front of the TV and playing video games all day.

In this week’s episode, Kim Heechul was visited by his close friend, comedian Lee Jin Ho. While the Super Junior member was focused on a game, he told his friend to eat something. However, when Lee Jin Ho opened the fridge, he found it stocked full of only water and alcohol. Kim Heechul ultimately had to order delivery for the two of them.

As they were waiting, Kim Heechul suddenly began showing off his ITZY photocards to Lee Jin Ho while saying, “I emceed their showcase, so I even got their autographs. Aren’t they so precious? Do you have this kind of happiness?” The two also watched ITZY’s comeback stage together, and Kim Heechul rattled off all sorts of information about the group. Seo Jang Hoon commented, “He’s really the best when it comes to this stuff.” 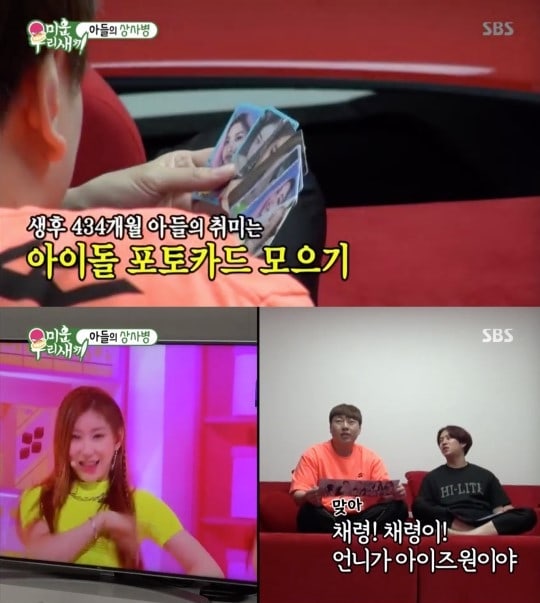 Lee Jin Ho expressed his surprise at Kim Heechul’s deep interest in a JYP girl group when Kim Heechul himself is signed to SM Entertainment. He asked, “Won’t your juniors at your agency be jealous?” and Kim Heechul brushed off this thought by answering, “It doesn’t matter. It’s good if my agency and JYP both do well.”

As soon as ITZY’s stage was over, Kim Heechul turned off the TV. When Lee Jin Ho asked why, he replied, “I just want to watch my artists. I’m close with Norazo [the next group to perform], so I can just meet them outside.” 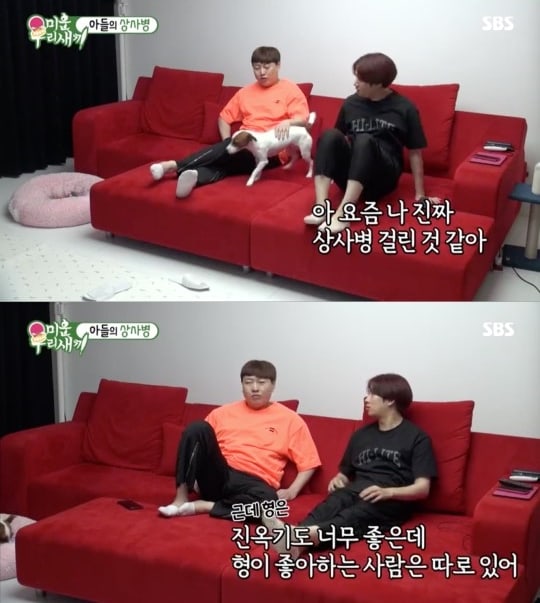 When Chinese actress Zhu Xu Dan appeared on screen, Kim Heechul could not take his eyes off her and said to Lee Jin Ho, “Isn’t she so pretty?” Shin Dong Yup asked Kim Heechul’s mother what the thought of this scene, and she replied with a sigh, “At least this is better than before. He used to be obsessed with anime. His fans gifted him everything related to those characters.”

Cha Ye Ryun then stated, “Isn’t there a slight chance when it comes to liking a drama actress?” and Seo Jang Hoon added, “Once this airs, his fans might convey Heechul’s feelings to Zhu Xu Dan.” 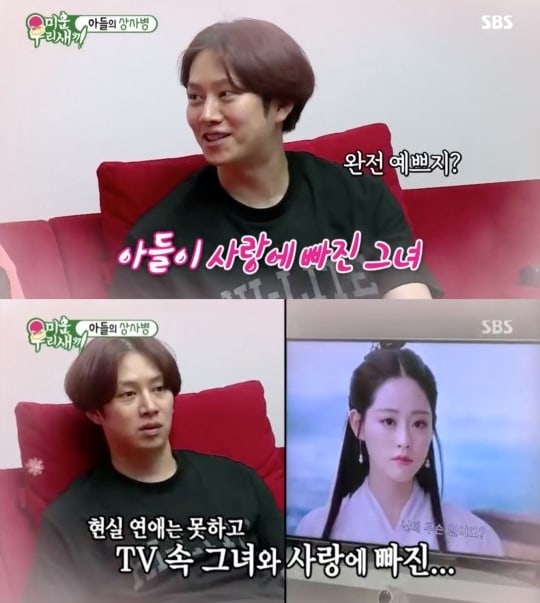 Kim Heechul was shown to be a true fan of the “‘Heavenly Sword and Dragon Slaying Sabre” universe, roping Lee Jin Ho into watching the movie “Kung Fu Cult Master,” which is based on the same source material. When Lee Jin Ho said that he didn’t know who one of the stars, Chingmy Yau, was, Kim Heechul replied, “How do you not know? She’s the first person I fell for after my anime phase. I even met her in person.” He continued to surprise everyone by reciting lines and scenes from the movie and revealed he has watched it almost 20 times.

Kim Heechul’s mother commented, “Even I find this strange.” At the end of the episode, Lee Jin Ho went home, and Kim Heechul was left rewatching another episode of “‘Heavenly Sword and Dragon Slaying Sabre” by himself, proving his dedication to the series.

Watch Kim Heechul on “My Little Duckling” below!

Kim Heechul
My Ugly Duckling
Zhu Xu Dan
How does this article make you feel?