The two members have been frequently teased by the rest of the cast about whether they might actually have feelings for each other. (“Running Man” often teases the possibility of “love lines” between cast members and guests.)

In the latest episode, Sunmi, Girls’ Generation’s Sunny, actress Kim Ye Won, and announcer Jang Ye Won appeared as guests on the show. The cast and guests were paired off into couples, and Jun So Min and Yang Se Chan were put on the same team.

During a game in which the cast and guests had to answer the production staff’s questions but within a certain amount of syllables, the PD asked Jun So Min what she wanted most from her partner, Yang Se Chan. She said, “His heart,” but didn’t answer within the required time limit. However, her answer made Yoo Jae Suk laugh and say, “Did you just confess?” He added, “If you keep doing stuff like this, you end up developing feelings.”

Embarrassed, Yang Se Chan asked if he could get off the bus and Kim Ye Won said, “Get off together, the two of you.”

Later, the cast and guests had to play a game in which they had to remain calm no matter what the other members said or did. Jun So Min was not able to keep her calm when Sunmi acted cute towards Yang Se Chan, while Yang Se Chan initially was able to keep his calm when asked questions about Jun So Min. In the end, however, both ended up losing their calm.

Meanwhile, Lee Kwang Soo also made people laugh by losing his calm when asked about his girlfriend Lee Sun Bin. 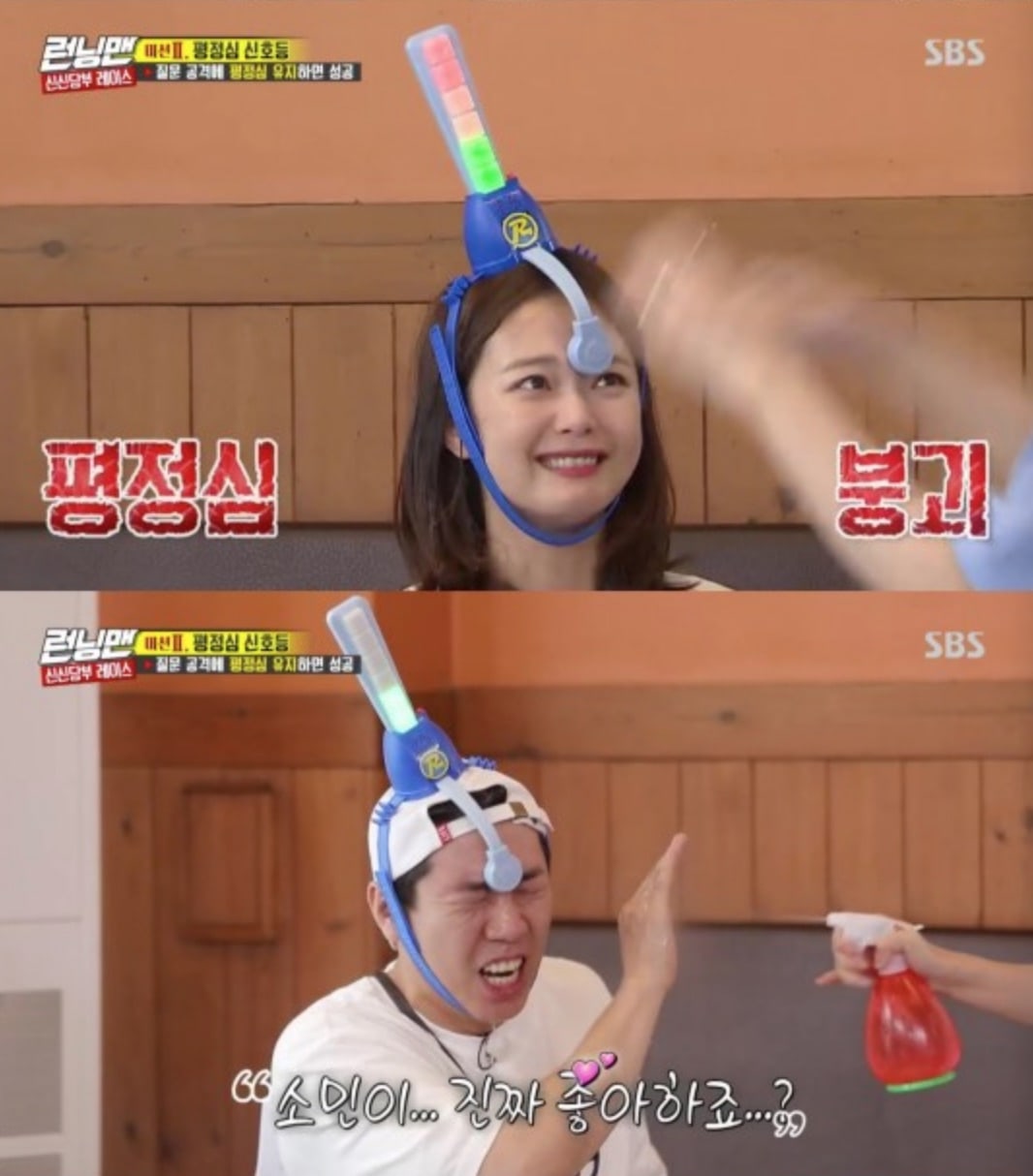 You can watch episodes of “Running Man” here: