3 Reasons Why “Graceful Family” Is Earning Praise From Viewers

“Graceful Family” has been receiving a lot of buzz as it continues to rise in viewership ratings, realtime searches, and content influence statistics.

“Graceful Family” achieved its personal best of 3.7 percent in viewership ratings during its fourth episode, and was ranked the No. 3 drama in CJENM and Nielsen Korea’s “Weekly Hot Contents” list which reveals the top 15 influential programs and dramas. It also recorded No. 4 in the list of top 50 most influential programs for the fourth week of August.

Continue reading about the three things that don’t exist in the world of “Graceful Family” which propelled the drama to success.

Despite being banished to the United States after her mother’s death 15 years ago, Mo Suk Hee survives and doesn’t fall into despair. She learns to take action and bravely goes up against a prosecutor. Heo Yoon Do is able to choose justice in front of a large sum of money because he dreamt of becoming a lawyer after witnessing his father Heo Jang Soo (played by Park Sang Myun) fall apart due to injustice. Han Jae Gook is able to commit illegal acts to cover up the scandalous acts of chaebols because she believes that her actions protect the hundreds and thousands of people who live off of chaebols.

The characters of “Graceful Family” have solid stories and motivations, and the drama has earned praised for its dynamic characters. 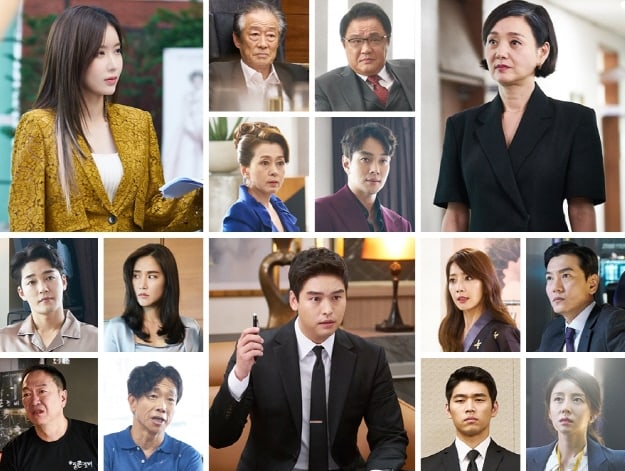 “Graceful Family” is receiving enthusiastic reactions from viewers for leading each episode with a refreshing, positive attitude. In the first episode of “Graceful Family,” Mo Suk Hee escapes TOP’s surveillance for the first time in 15 years. She returns to Korea, forms a team with Heo Yoon Do, and flees from Han Jae Gook’s tricks. Mo Suk Hee then used her wits to get 1 billion won (approximately $826,100) for a laborer who almost fell into MC Company’s trap while Heo Yoon Do encroached upon Han Jae Gook’s territory in the second episode.

In the third episode, Mo Suk Hee overcame her fears and escaped jail thanks to Heo Yoon Do’s help. President Wang (played by Jeon Guk Hwan), who had been pretending to be in a coma, woke up, gave Mo Suk Hee an advance gift, made her MC Group’s biggest shareholder, and blocked Mo Chul Hee (played by Jung Won Joong) and Han Jae Gook’s scheme to take over MC Group.

No character that disrupts the flow

Im Soo Hyang is perfectly portraying Mo Suk Hee’s confident attitude of putting her pain behind her and moving forward. Lee Jang Woo is successfully expressing the strengths of genuine lawyer Heo Jang Woo through the look in his eyes. Bae Jong Ok is leading the plot through her portrayal of Han Jae Gook as she tries to protect the large company with her lonely charisma.

A source from the drama said, “The real deal begins starting episode five. The refreshing story of the dynamic characters will develop quicker, and is planning to run up towards a big truth. Please look forward to it.”

“Graceful Family” airs on Wednesdays and Thursdays at 11 p.m. KST.

Graceful Family
How does this article make you feel?