The drama is about the romance between an aspiring palace historian named Goo Hae Ryung (played by Shin Se Kyung), who dreams of an equal society, and a lonely prince named Lee Rim (played by ASTRO’s Cha Eun Woo), who lives a secret life as a popular romance novelist.

In the new stills, Goo Hae Ryung is tending to flowers in the garden while Lee Rim looks on lovingly and reaches out to wipe the sweat from her brow. Lee Rim refuses to leave Goo Hae Ryung’s side, as he intermittently feeds her while she reads and is unable to take his eyes off of her when she falls asleep on his knee.

Most notable in the new stills is Goo Hae Ryung’s new hairstyle, which is indicative of a married woman, leading viewers to question whether the scene is real or not. 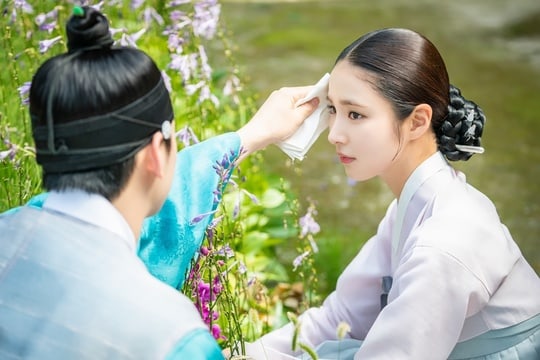 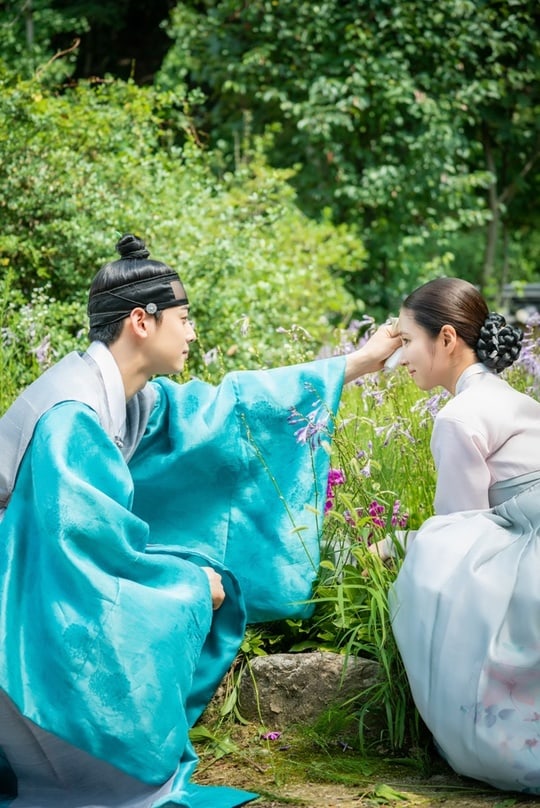 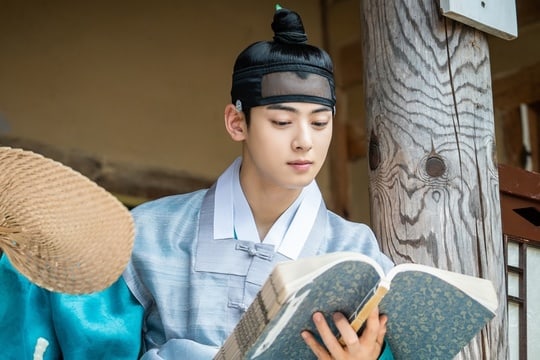 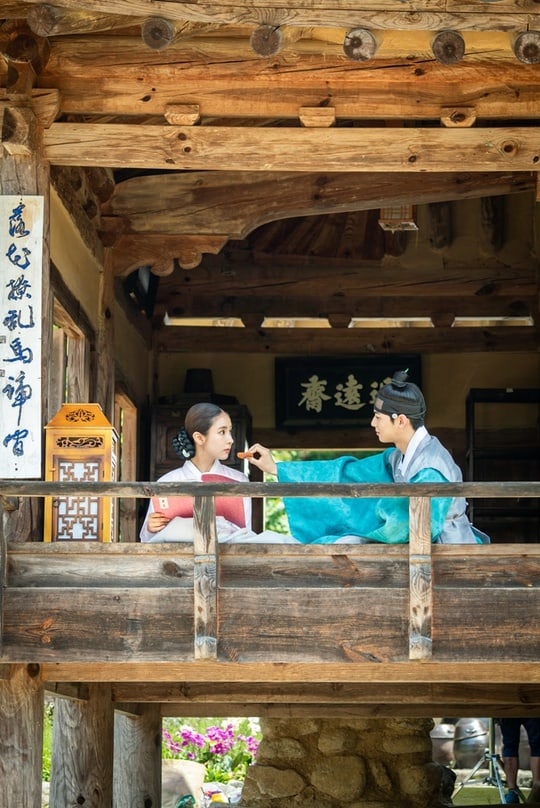 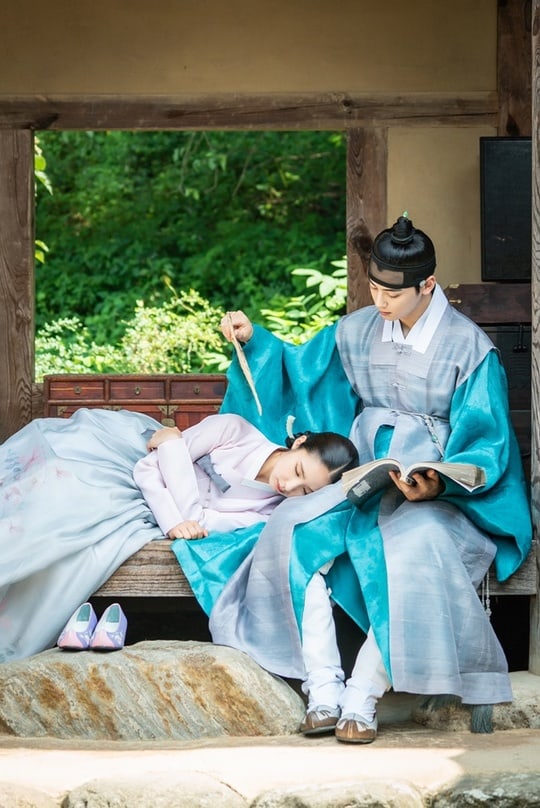