BTS’s RM has received a very special gift from fans!

On September 3, the Korean Federation for Environmental Movement revealed that approximately 250 fans gathered on August 31 to build a forest named “BTS RM Forest No. 1” in celebration of the rapper’s upcoming birthday. The forest was planted in front of the clock tower at the Jamsil Hangang Park. 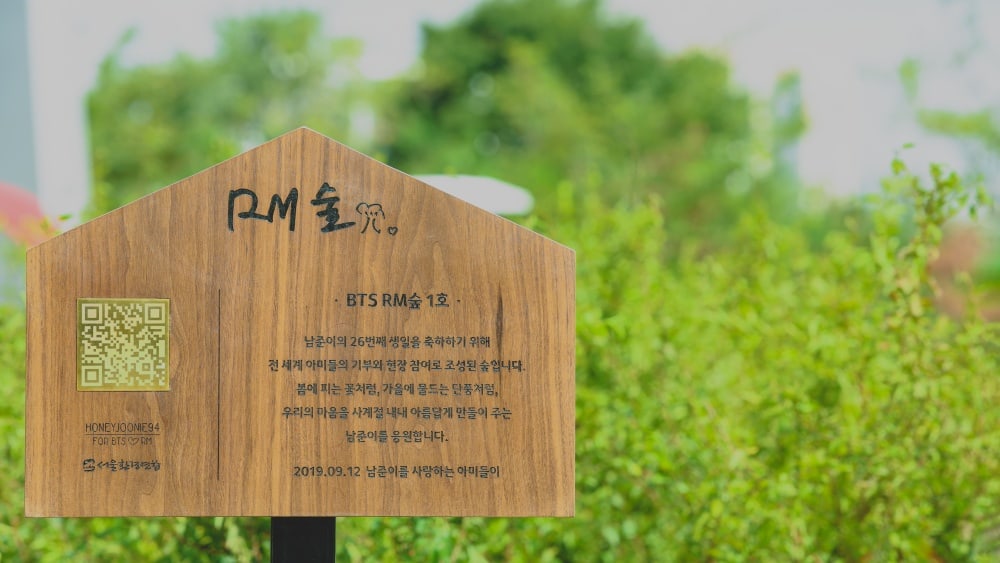 In consideration of RM, who has often shown interest in preserving the environment, fans built a forest of 1,250 spirea prunifolia (also known as bridal wreath spirea). 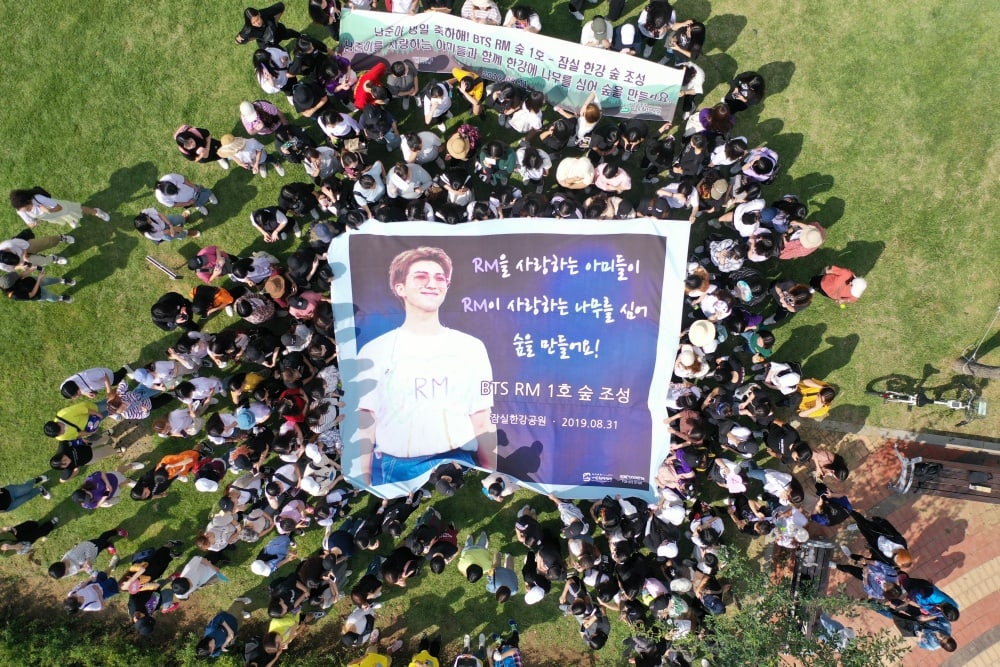 Meanwhile, BTS is currently having an extended period of rest.