FTISLAND’s Minhwan and his son were met with a pleasant surprise at FNC Entertainment!

On the September 4 episode of KBS 2TV’s “Mr. House Husband,” Minhwan took his son, Jjang (Minhwan and Yulhee’s nickname for their son), to his agency, FNC Entertainment. While Minhwan was feeding Jjang his milk, N.Flying’s Kim Jae Hyun made a dramatic entrance and surprised the two. 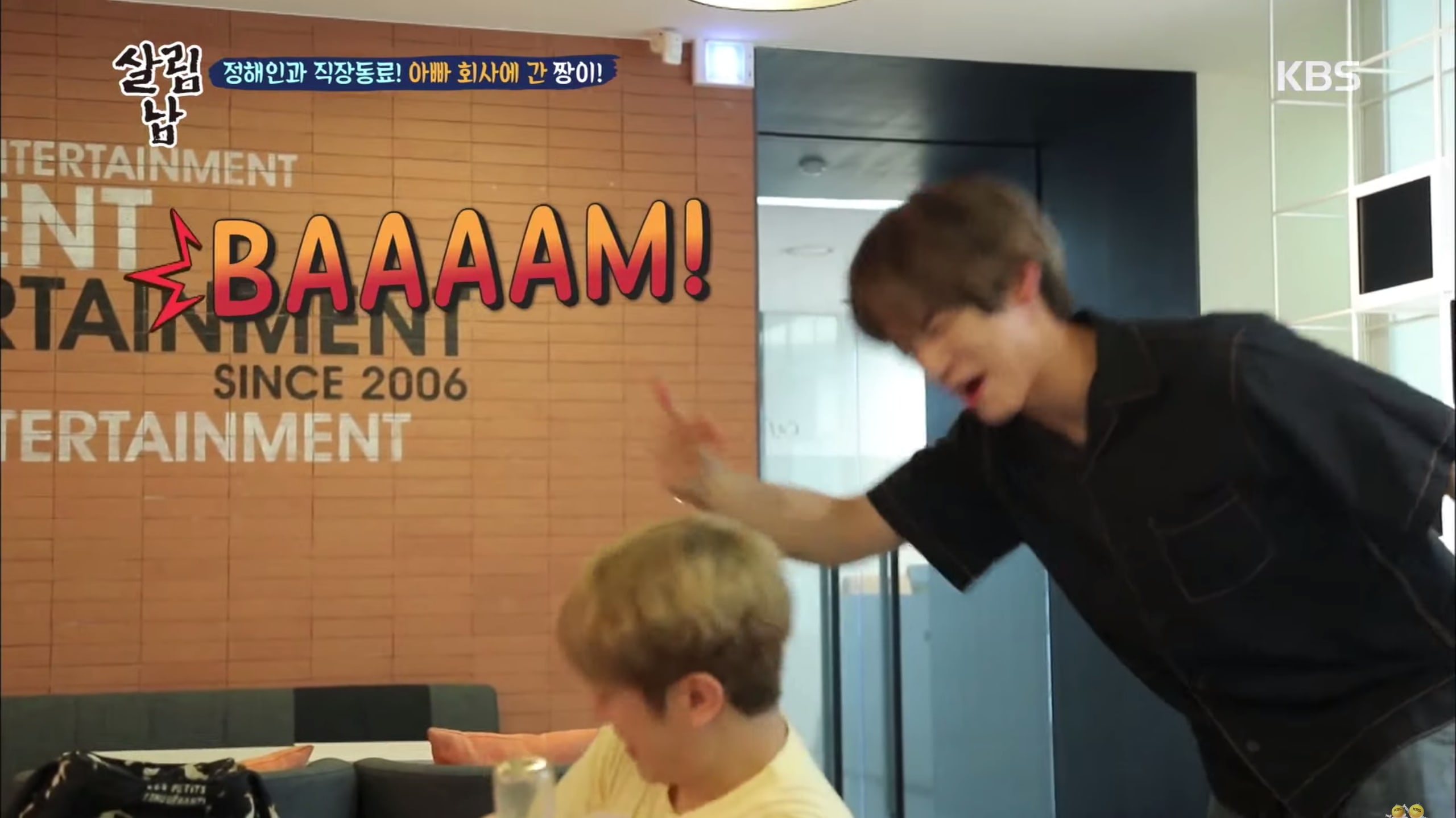 In his introduction clip, the N.Flying member revealed that he had a close 10-year relationship with Minhwan, saying, “I am like the right ventricle in Minhwan’s heart. I am his No. 1 dongsaeng [younger brother], Kim Jae Hyun.”

Minhwan shared, “I am in charge of his [drum] lessons. Jae Hyun talks a lot. He’s a bright and kind kid, but he gets kind of tiring.”

The pair headed to a practice room in order to start Jae Hyun’s lesson, but got distracted when Jjang showed interest in all the instruments. Once Jjang went down for his nap, the two began their lesson. Minhwan professionally showed Kim Jae Hyun all the small details he should be paying attention to, but Kim Jae Hyun hilariously stole the show with his diverse facial expressions instead. 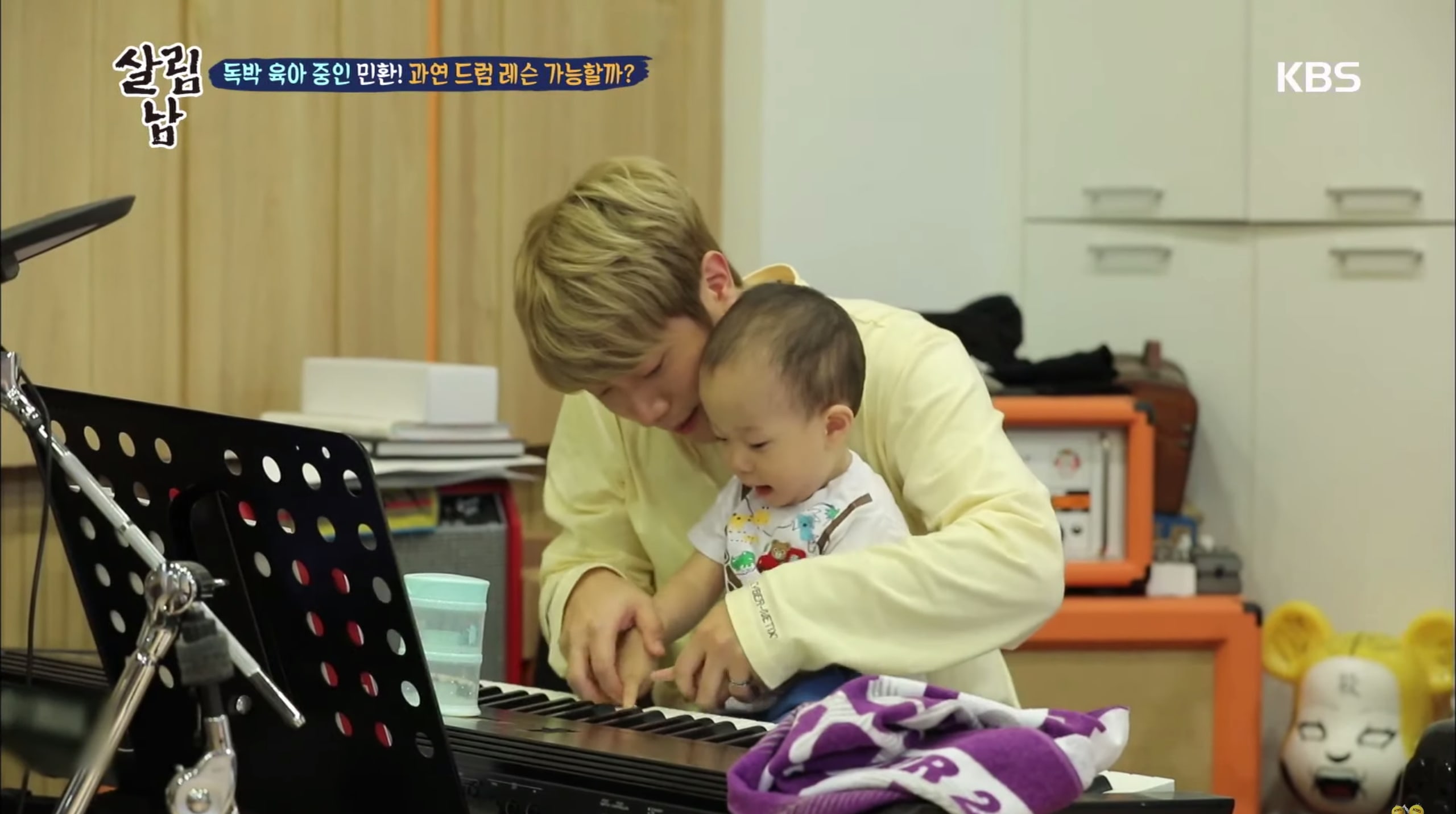 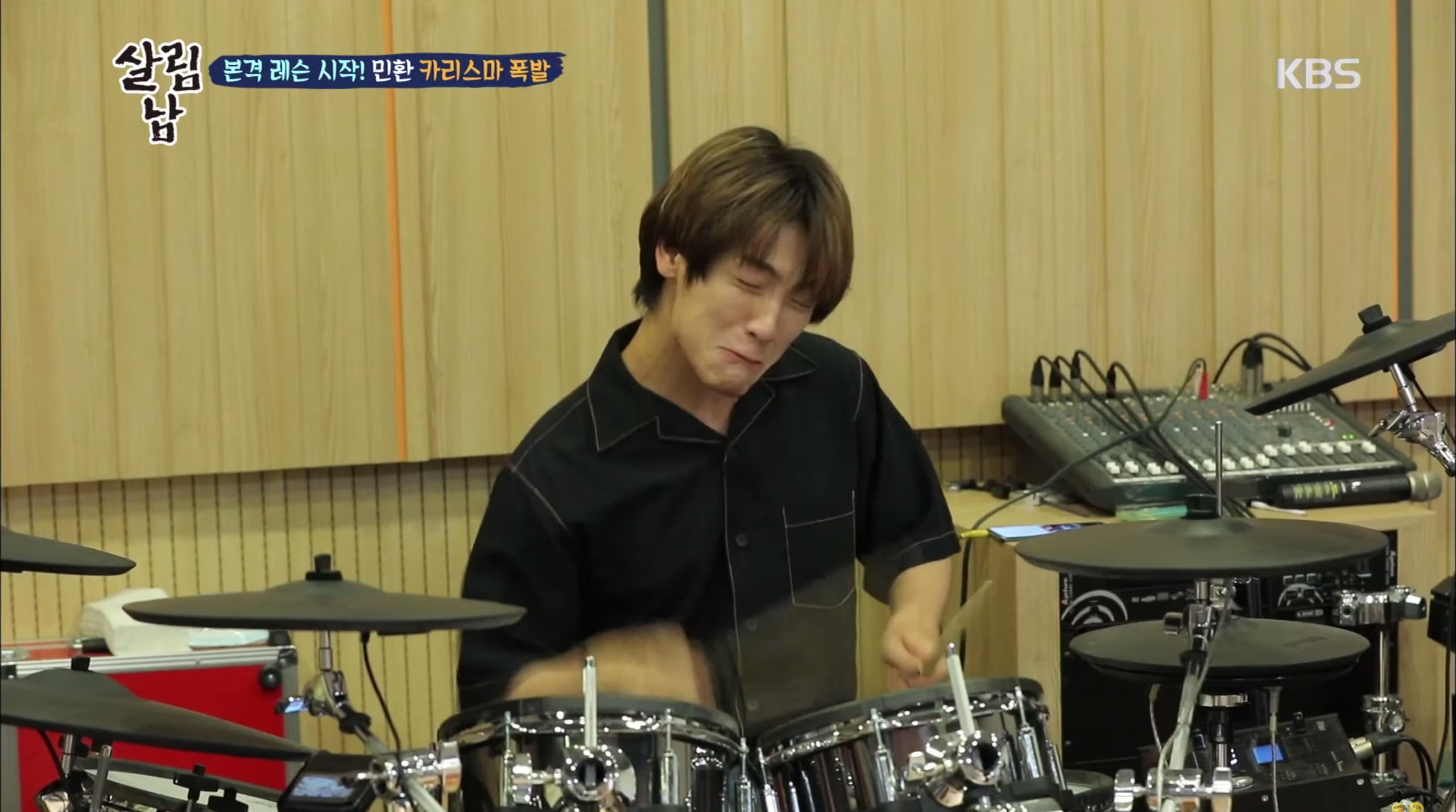 Once Jjang woke up and was fussy from his nap, Minhwan quickly asked if he should play the drums for him, but Jjang pointed to Kim Jae Hyun instead. Minhwan requested Jjang’s favorite song “Baby Shark” and Kim Jae Hyun settled for a rock version. Jjang stopped crying as soon as he heard the intro of the song and put on a big smile as Kim Jae Hyun and his wild facial expressions performed “Baby Shark.” Jjang requested an encore performance to which Jae Hyun excitedly agreed, even promising to buy him a new toy after.