SBS’s upcoming Chuseok special pilot program “Delicious Rendezvous” has unveiled a poster and teaser ahead of its premiere!

“Delicious Rendezvous” will follow Jay Park, Yang Se Hyung, and Baek Jin Hee as they work in a rest stop kitchen under the guidance of celebrity chef Baek Jong Won. The newly-released poster shows the cast suited up in uniforms with illustrations of popular rest stop foods floating above them. The text reads, “Let’s meet at the delicious rest stop!” 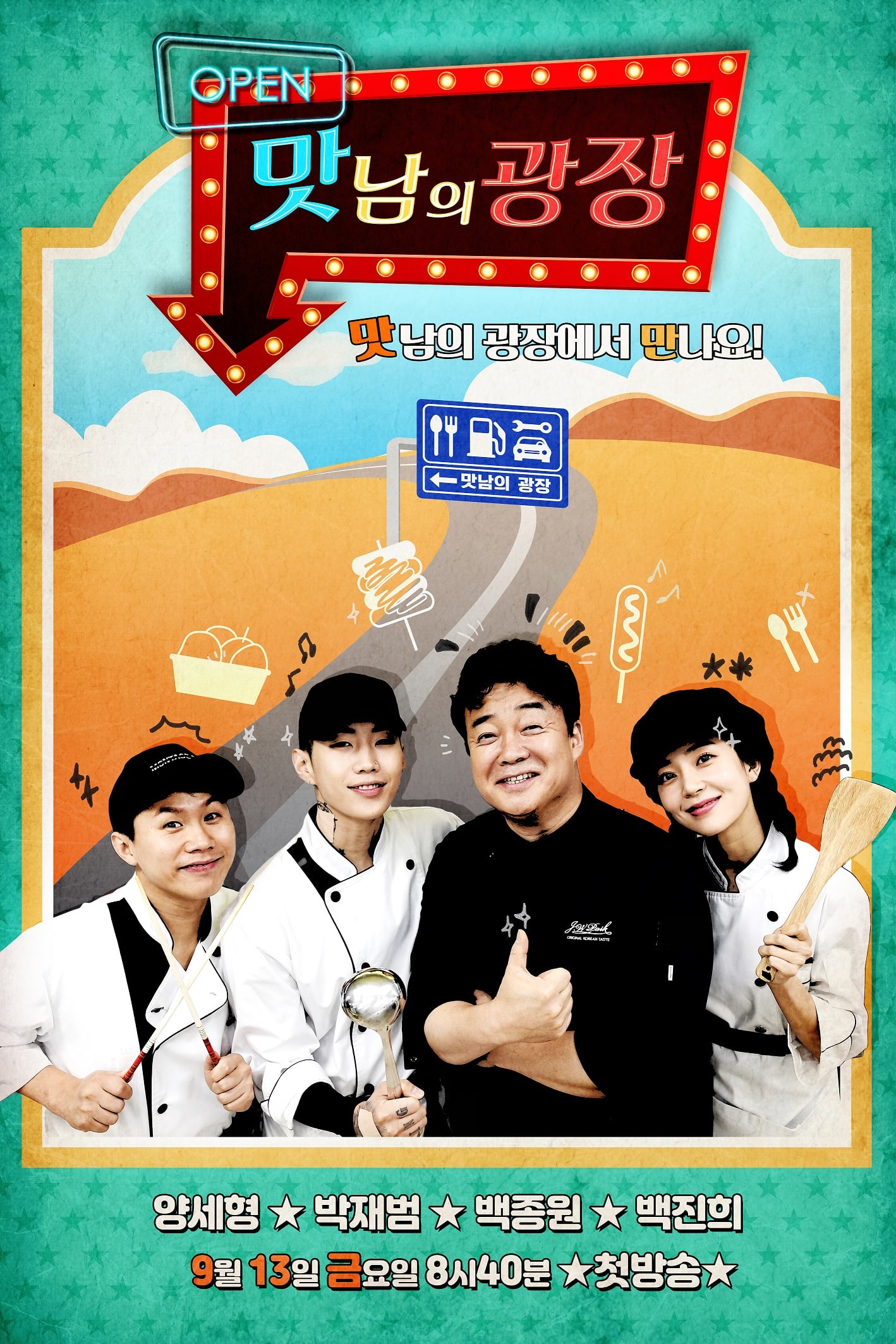 The teaser provides a closer look at what the cast will get up to on the show. Baek Jong Won is cheerful as he calls out a long list of order numbers for the team’s food stall. However, the rest of the members have trouble adjusting to the environment. Jay Park pulls a dessert out of the oven and says in surprise, “This is really hot!” while Baek Jin Hee breaks a skewer as she is preparing corn. Upon seeing the rush of orders, Yang Se Hyung comments to Baek Jong Won, “You said this was supposed to be a variety show,” to which he responds, “It’s just missing the word ‘real’ in front!” building curiosity as to how their business will pan out.