Kim Rae Won and Gong Hyo Jin talked about reuniting for their upcoming film “The Most Ordinary Romance” (literal title).

This romantic comedy tells the story of Jae Hoon (played by Kim Rae Won) and Sun Young (played by Gong Hyo Jin) who start an honest and realistic relationship after experiencing painful breakups.

This is Kim Rae Won and Gong Hyo Jin’s reunion 16 years after the 2003 MBC drama “Snowman.” “I got to work with Gong Hyo Jin for the first time in a really long time,” began Kim Rae Won. “I personally looked forward to that part the most. Filming was so much fun.”

Gong Hyo Jin commented, “I had only told other people that I wanted to work with Kim Rae Won again, and I got to meet him again this time.” She continued, “My mind wasn’t at ease at the time when I received the scenario. I thought a lot about it, but the script was so funny. I also liked that there was an equal story of men and women and their opinion. I also thought that Kim Rae Won was perfect for this role, and I didn’t want to lose it.”

Making everyone laugh, Gong Hyo Jin said, “I don’t know why he thought of me since this is a feisty woman. Kim Rae Won has a dark, manly side but I missed his cute appearances. I waited and wondered if he’d show that kind of acting this time, and he was able to show that through ‘The Most Ordinary Romance.’ Also, we had known each other, but we hadn’t seen each other in 16 years. I had waited to see him in another project, but it didn’t work out. I wondered if that happened for us to meet again like this.” 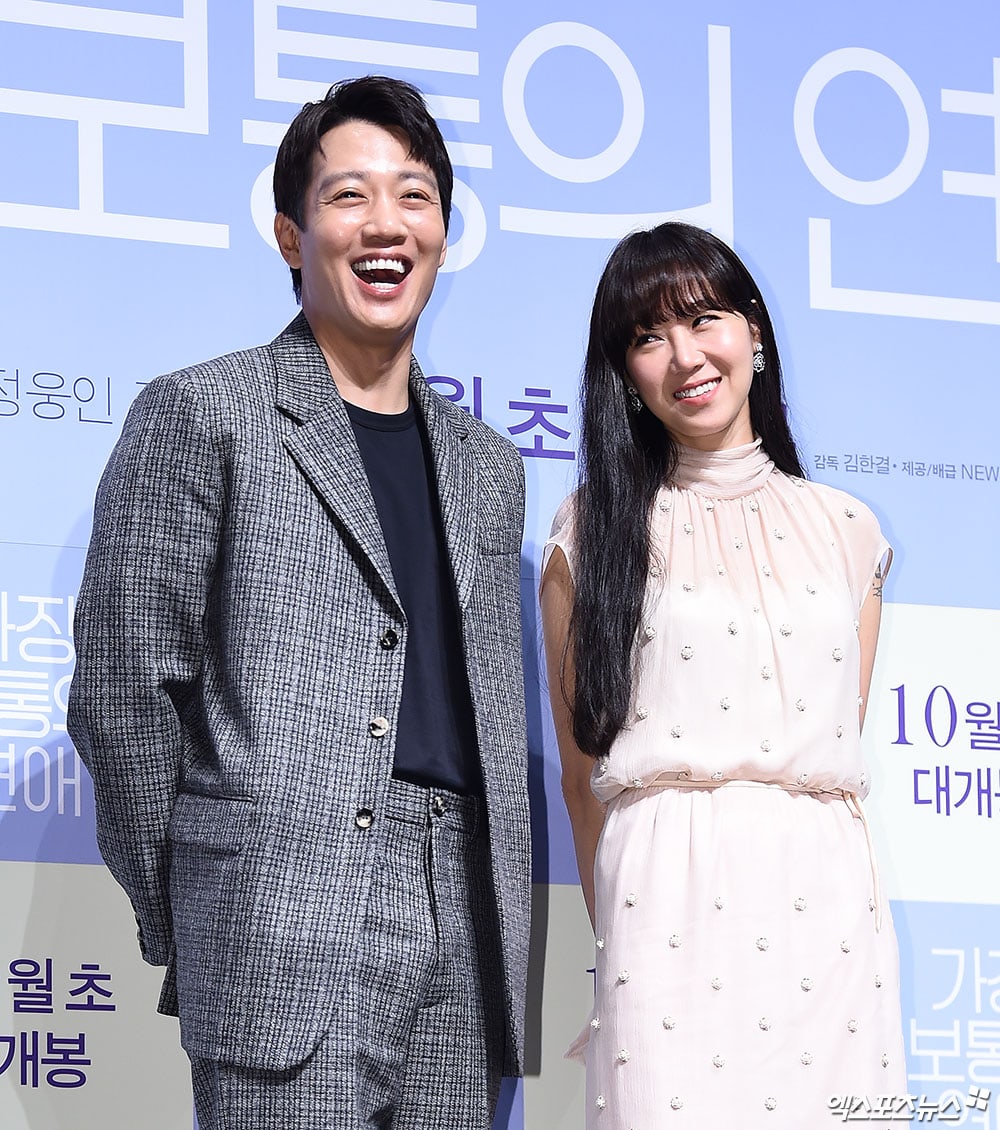 When asked about the difference between 16 years ago versus now, Kim Rae Won replied, “Gong Hyo Jin’s acting was natural and amazing 16 years ago, and she acted naturally with originality this time as well. I was surprised and wondered how she could act so naturally.”

“I was a lot younger when I appeared in the drama 16 years ago,” said the actress. “It was a time when I was full of self-confidence stemming from an unknown place, busy, hectic, and had many things to think about. Seeing Kim Rae Won’s acting recently, I thought about how I wanted to act with him again. It felt new because he was a completely different character from ‘Snowman,’ and he was cool as expected.”

She concluded, “Kim Rae Won isn’t talkative and is quiet on set. I wondered how someone could be that easygoing, and he’s full of wit in the film. I realized that he’s an intelligent person who saves his energy when resting and uses it when acting.”

Turning to the actor, Gong Hyo Jin told him, “Thank you Rae Won. It was fun,” and he replied, “I’m more thankful.”

“The Most Ordinary Romance” premieres in October.