APRIL’s Naeun has explained why she chose to star in the upcoming drama “Extraordinary You.”

MBC’s upcoming Wednesday-Thursday drama “Extraordinary You” will tell the story of a high school student named Eun Dan Ho (Kim Hye Yoon) who discovers that she is living inside a manhwa (Korean comic). When she meets a fellow manhwa character, Number 13 (played by SF9’s Rowoon), their predetermined fates begin to change. The drama is based on a fantasy school romance webtoon called “July Found by Chance” (literal title).

Naeun has taken on the role of Yeo Joo Da, a poor but optimistic girl with an energetic personality and a kind heart. In order to support her family, there is not a part-time job that she has not tried. However, Yeo Joo Da manages to keep smiling. After entering a high school that is full of students who come from wealthy family backgrounds, Yeo Joo Da gets involved with Oh Nam Joo (Kim Young Dae), the leader of the student clique “A3” who is also at the top of the school. 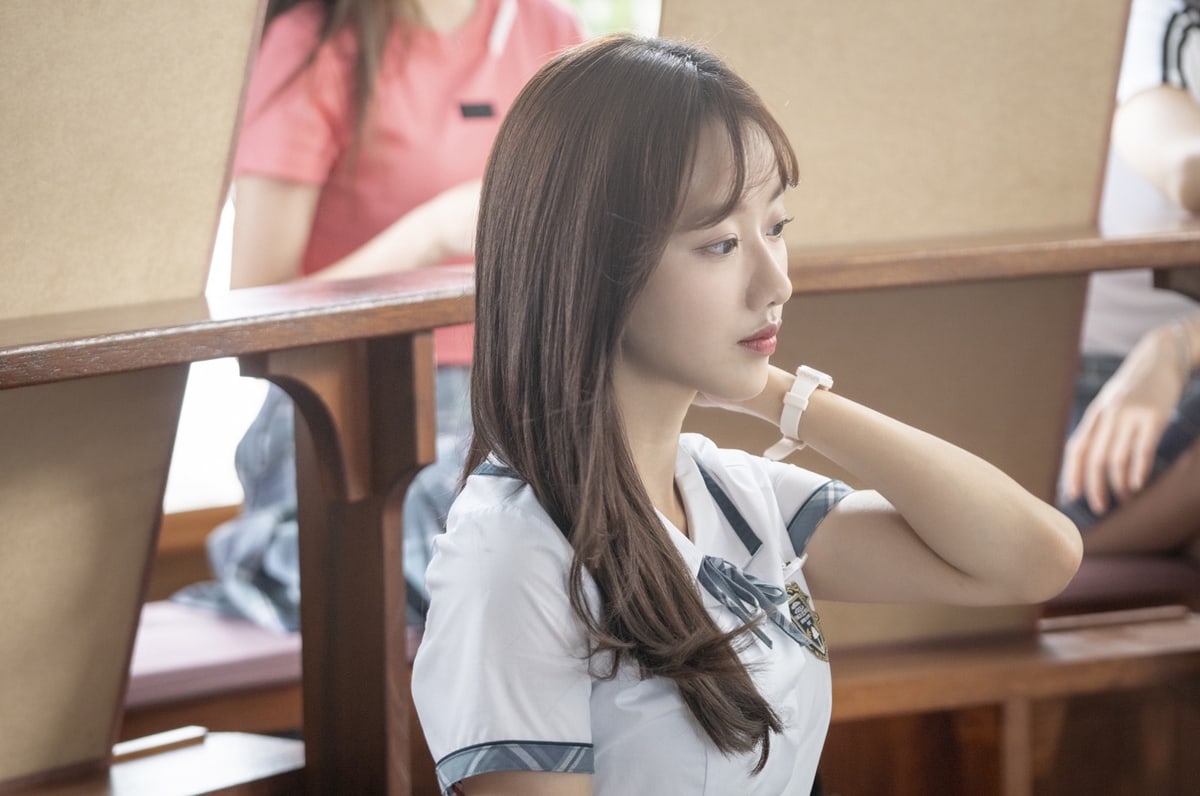 Naeun explained, “Joo Da and I are different but similar. Joo Da is like candy. Despite the difficult and exhausting situations happening in her life, she stands back up every time like a roly-poly toy. Because I also try very hard to do that, I was able to see that side of me in Joo Da.”

Naeun concluded, “Everyone wishes at least once to live a life where they are at the center, but while watching the drama, I hope viewers realize that being the center does not guarantee happiness.”

“Extraordinary You” will premiere on October 2 at 8:55 p.m. KST following the end of “Rookie Historian Goo Hae Ryung.”

APRIL
Lee Naeun
How does this article make you feel?