SBS’s upcoming Monday-Tuesday drama “VIP” has released photos of the actors coming together for their first script reading!

“VIP” will tell the story of an elite team that manages VIP clients at a department store. The drama has already gathered much attention for being the first Monday-Tuesday drama SBS will be presenting in four months since the broadcasting station made a few changes to its drama schedule. 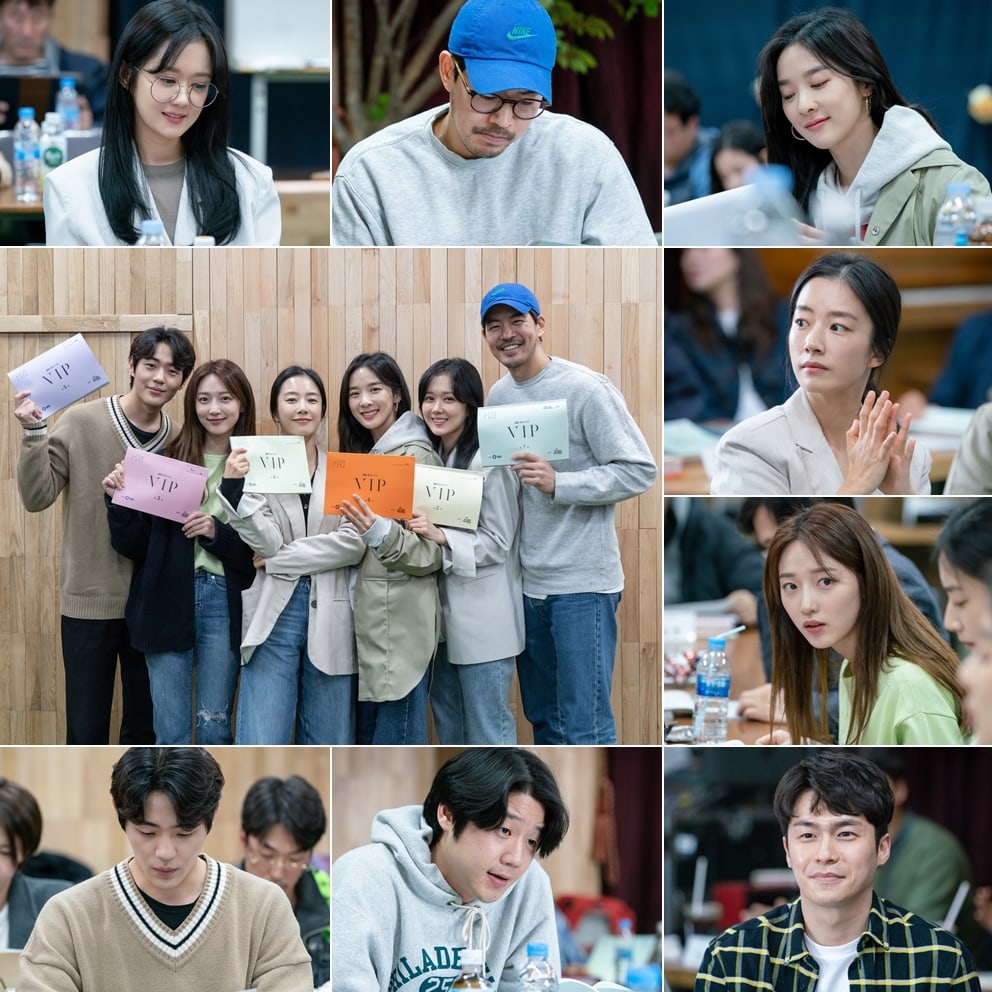 Jang Nara quickly became immersed in her role as Na Jung Sun, a member of Sungwoon Department Store’s VIP management team who discovers a series of secrets after she receives an anonymous text. Lee Sang Yoon, who has taken on the role of Park Sung Joon, the leader of Sungwoon Department’s Store’s VIP management team and the husband of Na Jung Sun, left people at the script reading in awe by showing perfect synchronization with his character.

The production team stated, “The passionate acting of the actors and the chemistry between them even from the first script reading will carry on to the drama. We ask that you show a lot of your interest and support for ‘VIP,’ a drama that will provide an abundant amount of things to see with the refreshing topic of a VIP management team, which is being addressed in a drama in-depth for the first time, and the complicated and tangled stories between the characters.”

“VIP” premieres on October 7 at 10 p.m. KST following the end of “Little Forest.”