“Vagabond” is an action-oriented melodrama about a stuntman (Lee Seung Gi) who gets involved in a national corruption scandal after trying to uncover the secrets behind a plane crash. Suzy co-stars as a secret agent of the National Intelligence Service.

The character posters for Cha Dal Gun (Lee Seung Gi) and Go Hae Ri (Suzy) imitate the film aesthetic, not only in the imperfect quality of the photos but also by capturing the dramatic feeling of an action movie poster.

Lee Seung Gi captures his character’s determination and anger as a young man who lost a family member in the plane crash and is bound at any cost to find out the truth. On the other hand, Suzy’s expression captures the huge scale of the corruption scandal as she looks steadfast but afraid. 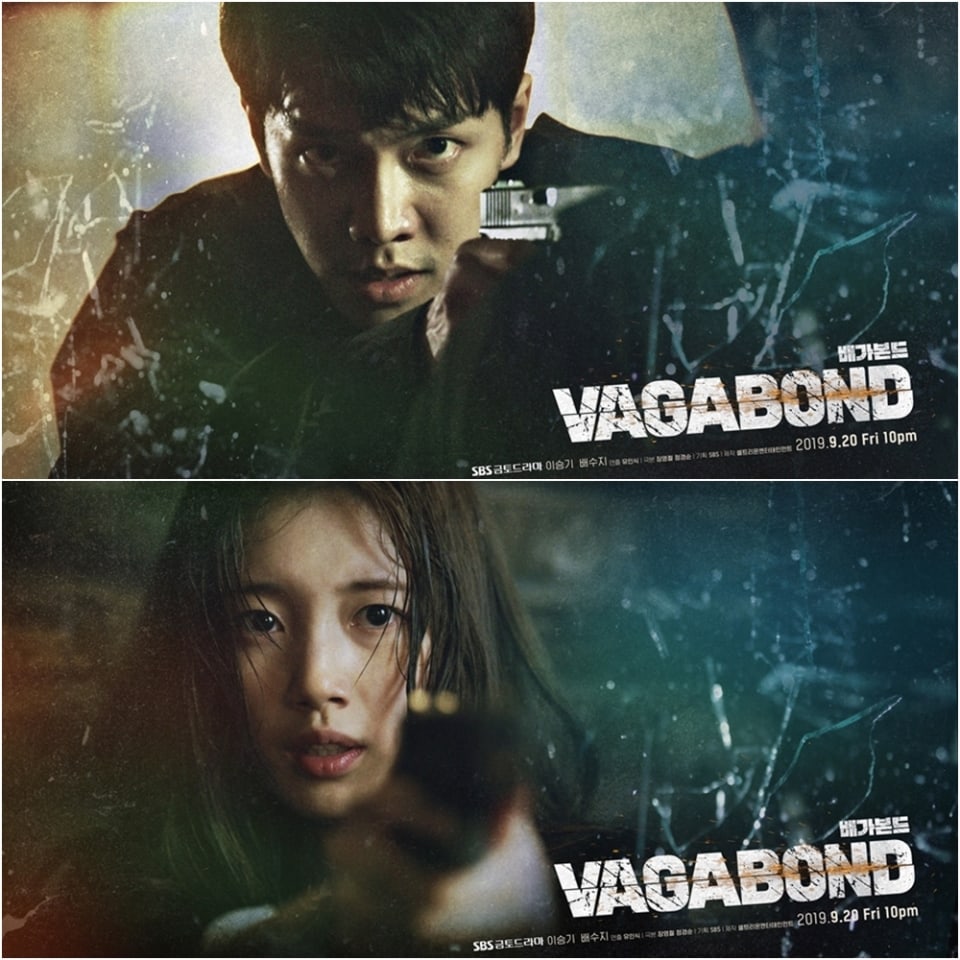 The production company, Celltrion Entertainment, stated, “Lee Seung Gi and Suzy are genius actors who can bring out their characters in a single cut. Please look forward to seeing the fruits of their hard work in ‘Vagabond.'”

“Vagabond” premieres on September 20. Check out the teaser here!