Red Velvet’s Joy expressed her admiration for Lovelyz’s Yein on “Ask Us Anything.”

On the September 7 episode of the JTBC variety program, Joy appeared as a guest along with her fellow “Get It Beauty” MCs Jang Yoon Joo and Irene Kim.

During the guessing game segment of the show, Joy asked the cast to guess what she had said to Yein that startled the Lovelyz member. In order to get hints about the answer, Kang Ho Dong asked, “Were you embarrassed the next day?” and Joy replied, “Yes. I was photographed.” Jang Yoon Joo confirmed, “I have [the photo] on my phone.”

When Super Junior’s Kim Heechul asked, “What was your expression?” Joy put her hands on her heart with a bittersweet expression. Kim Young Chul then correctly guessed the answer: “I’ve always been worried about you.” The comedian explained, “I feel like that’s the kind of thing you would say to a younger friend you care about while crying.” 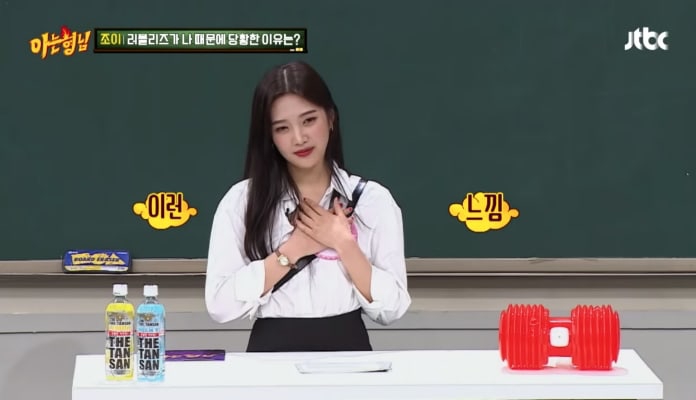 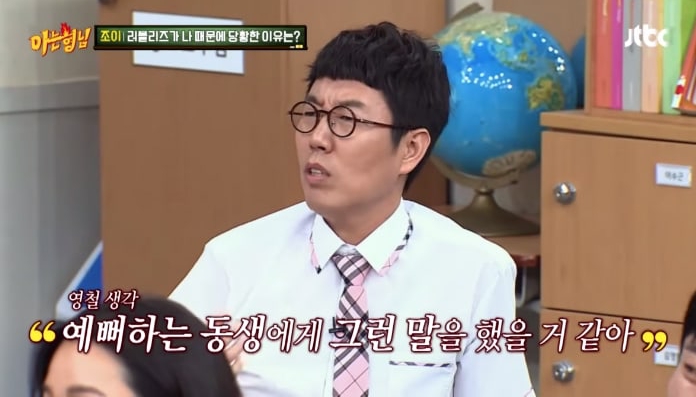 Jang Yoon Joo recalled, “The two of them were hugging, and they looked so pretty. Then they sat and talked for an hour. But why did you say that?” Joy explained, “Yein and I didn’t know each other before, but we got to know each other while appearing together on [‘Get It Beauty’]. I thought that I had worked hard when I was Yein’s age, but I don’t think it was to that extent.”

She added, “I don’t know that many junior artists, so I didn’t know how to take care of her. I worried a lot about her, and I felt apologetic. So after drinking, I became honest and suddenly told her while crying, ‘I’ve always been worried about you.’ I must’ve sounded funny, because Yein burst out laughing. I got sent a photo the next day, and my false lashes were stuck to my cheeks as I was bawling.”

When Seo Jang Hoon asked if she had many younger friends that she worried about, Joy replied, “Many junior artists have debuted recently, and they’re so cute every time I see them.” Kim Heechul commented with a laugh, “You’re cute too.”

Joy continued, “Their eyes are sparkling when they say hi, and they’re so cute. They make me want to go back to when I was 20 years old.” Seo Jang Hoon remarked, “It looks like Joy is going to spend a lot of money in a few years buying meals for her younger friends.” 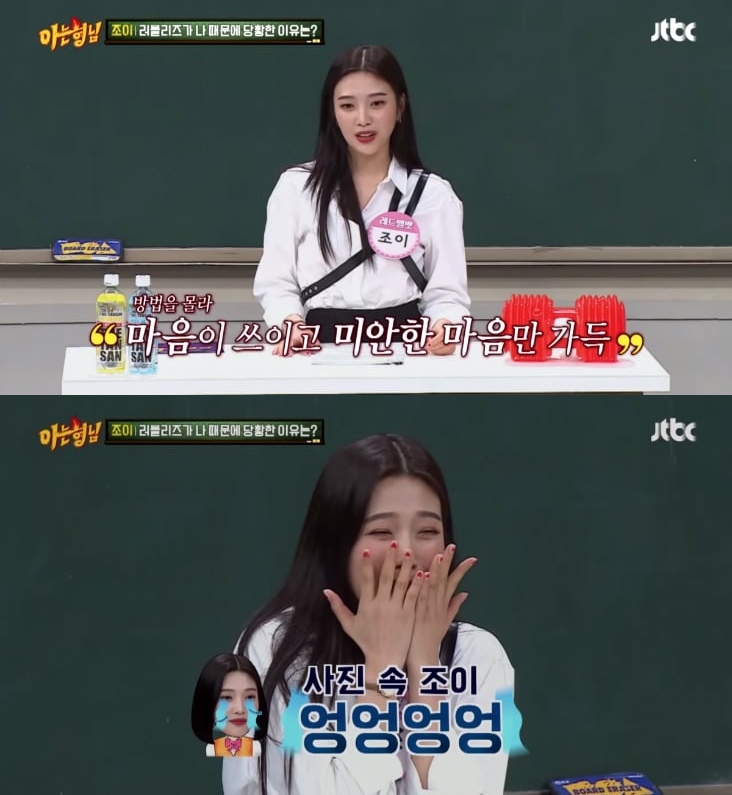