In the first episode of “Arthdal Chronicles” Part 3, Tanya (Kim Ji Won), who became the head of the White Mountain Tribe after being proven to be a true descendant of the gods of Arth, officially stated that an ancient god named Aramun Hasla was reincarnated as Tagon (Jang Dong Gun).

Before knowing her true roots in Part 2 of the drama, Tanya considered herself as nothing but a member of the Wahan Tribe who was enslaved by Tagon, Taealha (Kim Ok Bin), and Saya (Song Joong Ki). However, after knowing her true identity, Tanya becomes as powerful as her previous owners.

In the new stills released on September 8, Song Joong Ki politely kneels before Kim Ji Won and offers her a hand. Kim Ji Won looks confused by Song Joong Ki’s gesture, but she eventually takes his hand. While their relationship was that of a master and slave in Parts 1 and 2, these stills hint that the nature of their relationship will change completely in upcoming episodes. 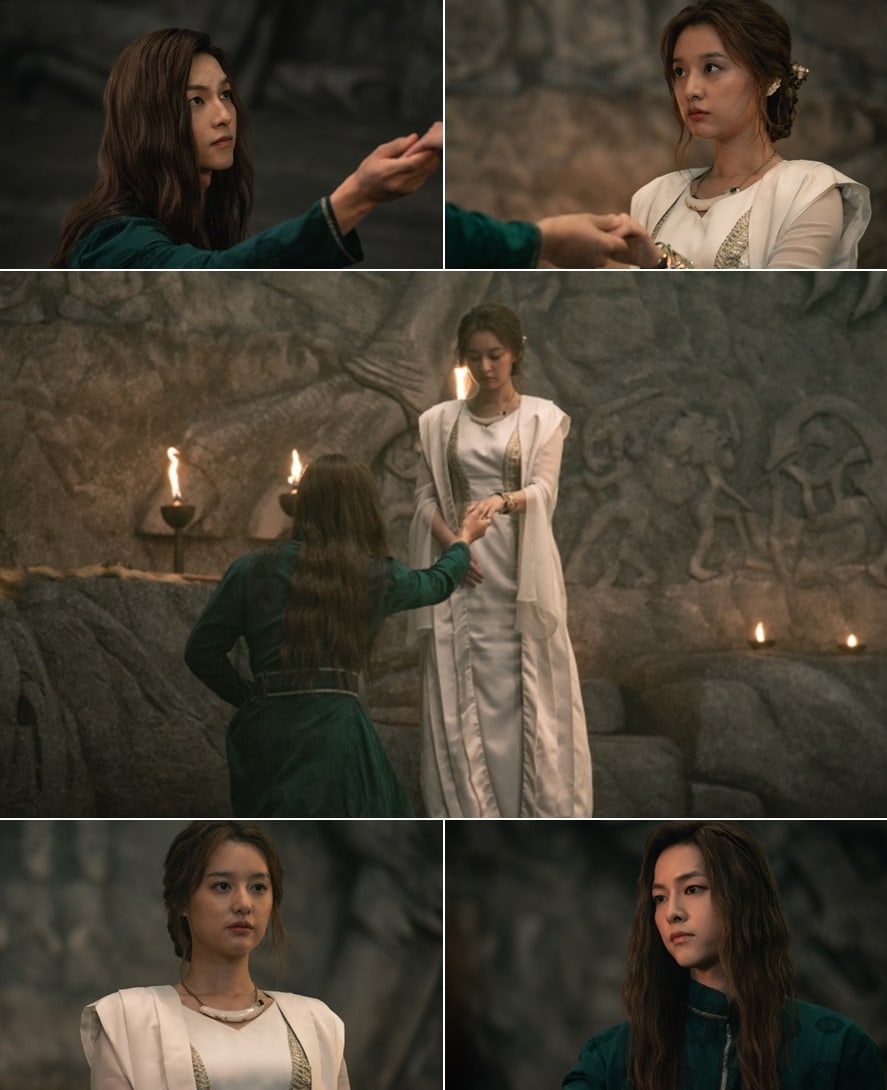 The production team of “Arthdal Chronicles” said, “The point where the nature of the relationship between Song Joong Ki and Kim Ji Won from Part 2 changes due to the shift in power will be one of the key factors that will make Part 3 more interesting. Due to the passionate acting of Song Joong Ki and Kim Ji Won, viewers will feel more like they are part of the drama than ever before.”

The upcoming episode of “Arthdal Chronicles” Part 3 airs on September 8 at 9 p.m. KST.