On the latest episode of MBC’s “The King of Mask Singer,” the identity of contestant Flower Shoes was revealed!

During the September 8 episode, eight new contestants took to the stage to challenge and stop the current King, Genie, from getting his fifth consecutive win. In the first round, Flower Shoes faced off against Straw Shoes as they performed a duet of Byul’s “Greeting.” Following the performance, Flower Shoes also greatly impressed the audience and the panel members as she danced to BTS’s “IDOL.”

Unfortunately, Straw Shoes won the battle with a score of 52 to Flower Shoes’s 47. After her defeat, Flower Shoes remained on stage to reveal her identity while singing Sunmi’s “Gashina.” 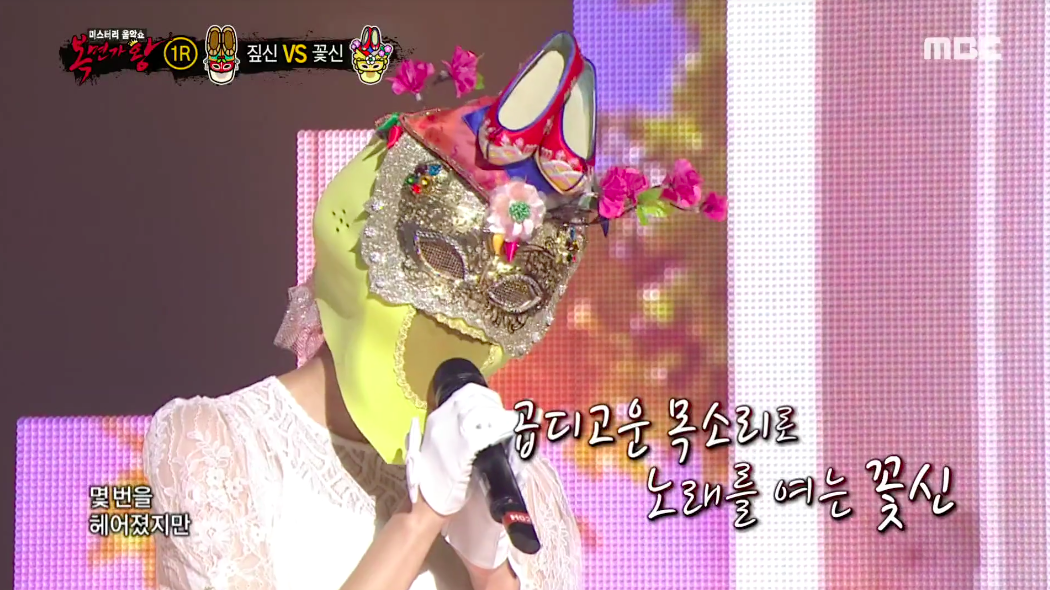 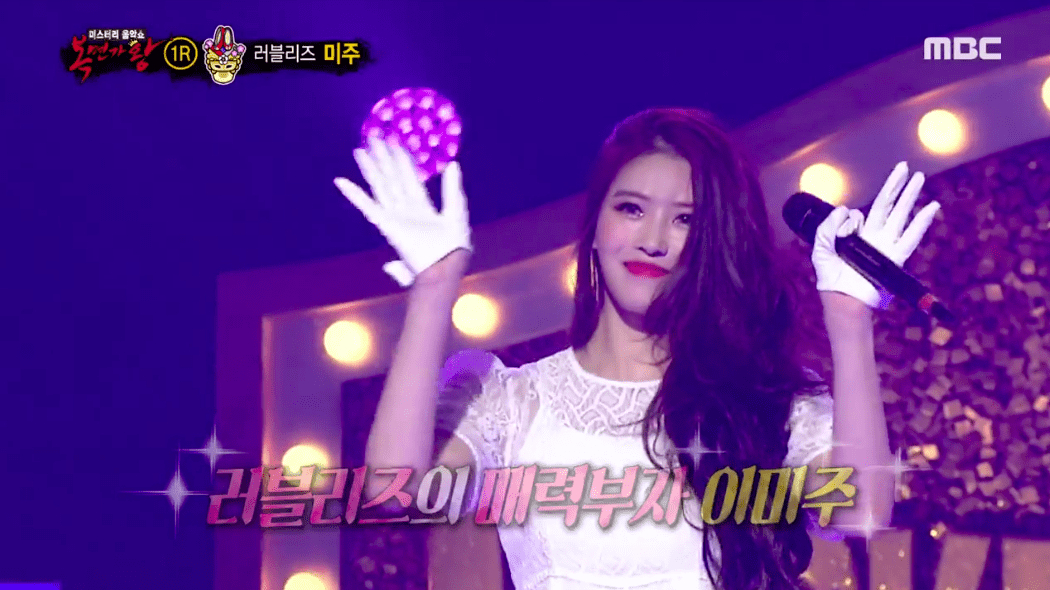 Flower Shoes turned out to be none other than Lovelyz’s Mijoo!

Mijoo commented, “I thought I would only receive about 20 votes. When I received an offer to compete in the show, I was worried.” She continued, “I prepared Sunmi’s ‘Gashina’ while thinking that I wanted to show [the audience] what I can do.” The Lovelyz member concluded, “After hearing that I sing well, I’ve gained more confidence.”

Following the broadcast, Mijoo wrote on the group’s Instagram, “Flowers Shoes Treading Lightly was Mijoo! Has everyone watched [the episode]??”

Lovelyz
Mijoo
The King of Mask Singer
How does this article make you feel?