The identity of the singer behind the Father-In-Law mask was revealed!

On the September 8 broadcast of MBC’s “The King of Mask Singer,” contestants Father-In-Law and Husband Kim went head-to-head during the first round as they sang a duet version of Hareem’s “One Love Forgotten with Another Love.”

Husband Kim was able to move onto the next round, and Father-In-Law confused everyone in the studio when he unexpectedly took off his mask while singing Shin Jung Hyun’s “The Beauty.” Contestants usually reveal their identities once the show’s host announces their name, but Father-In-Law showed off his face without being prompted to do so. 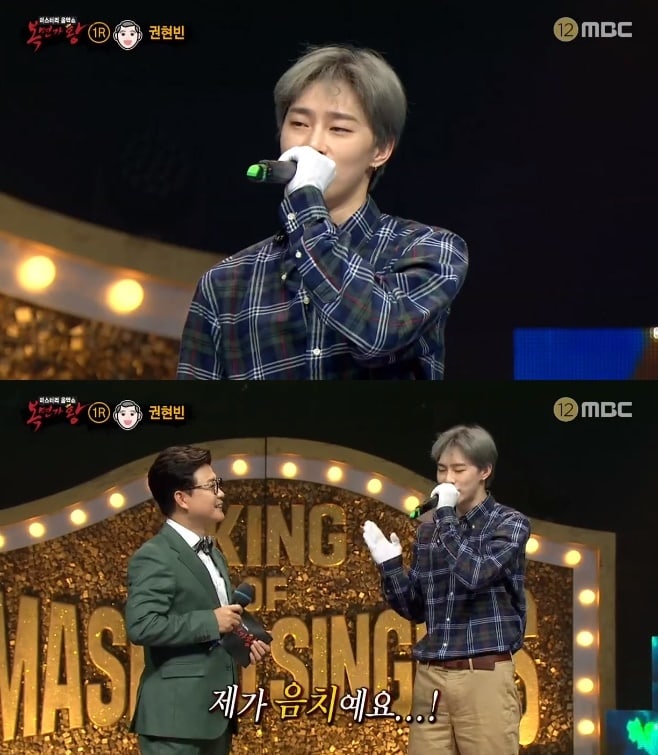 Much to everyone’s surprise, Father-In-Law turned out to be Kwon Hyun Bin!

MC Kim Sung Joo commented, “This is the first time that something like this has happened on ‘The King of Mask Singer.’ I didn’t even give him the sign to take off his mask, but he did.” In response, Kwon Hyun Bin remarked, “I was too nervous. You didn’t tell me to take off my mask, so I just took it off.”

The singer continued, “When I was first asked to appear [on the show], I was really nervous, and I was a bit worried about being judged. I’m tone-deaf, so I can’t sing. I was so nervous because I had to sing in front of so many people. But now that I’ve made my solo debut, I want to appear more confident.”

He also added, “I’ve gained a lot of confidence. I really can’t sing, so I’m grateful that everyone listened to [my singing].”

Kwon Hyun Bin
The King of Mask Singer
How does this article make you feel?