Earlier in the episode, the “Running Man” members practiced their dance routine for the fan meeting with choreographer Lia Kim, and they couldn’t hide their nervousness about actually performing it in front of the fans.

Before the fan meeting began, the producing director (PD) handed Yoo Jae Suk a cue card that read, “Today, there’s a spy hidden amongst you.” Surprised by the unexpected turn of events, the members wondered aloud if they were filming an ordinary “Running Man” episode. Kim Jong Kook asked with a laugh, “We prepared so hard for this [fan meeting], and yet, we also have a spy?”

The production crew then revealed, “The audience already knows who the spy is. The mission of the spy is to be the most passionate today.” The PD went on to explain that at the end of the fan meeting, each member would have a chance to guess the identity of the spy. The members who failed to correctly identify the spy would have to carry out a punishment in front of the audience. Meanwhile, the spy would be punished if he wasn’t named the most enthusiastic member by the audience.

In order for the “Running Man” cast to receive hints about the spy, the volume of the audience’s cheers needed to exceed 120 decibels at the end of their individual performances. 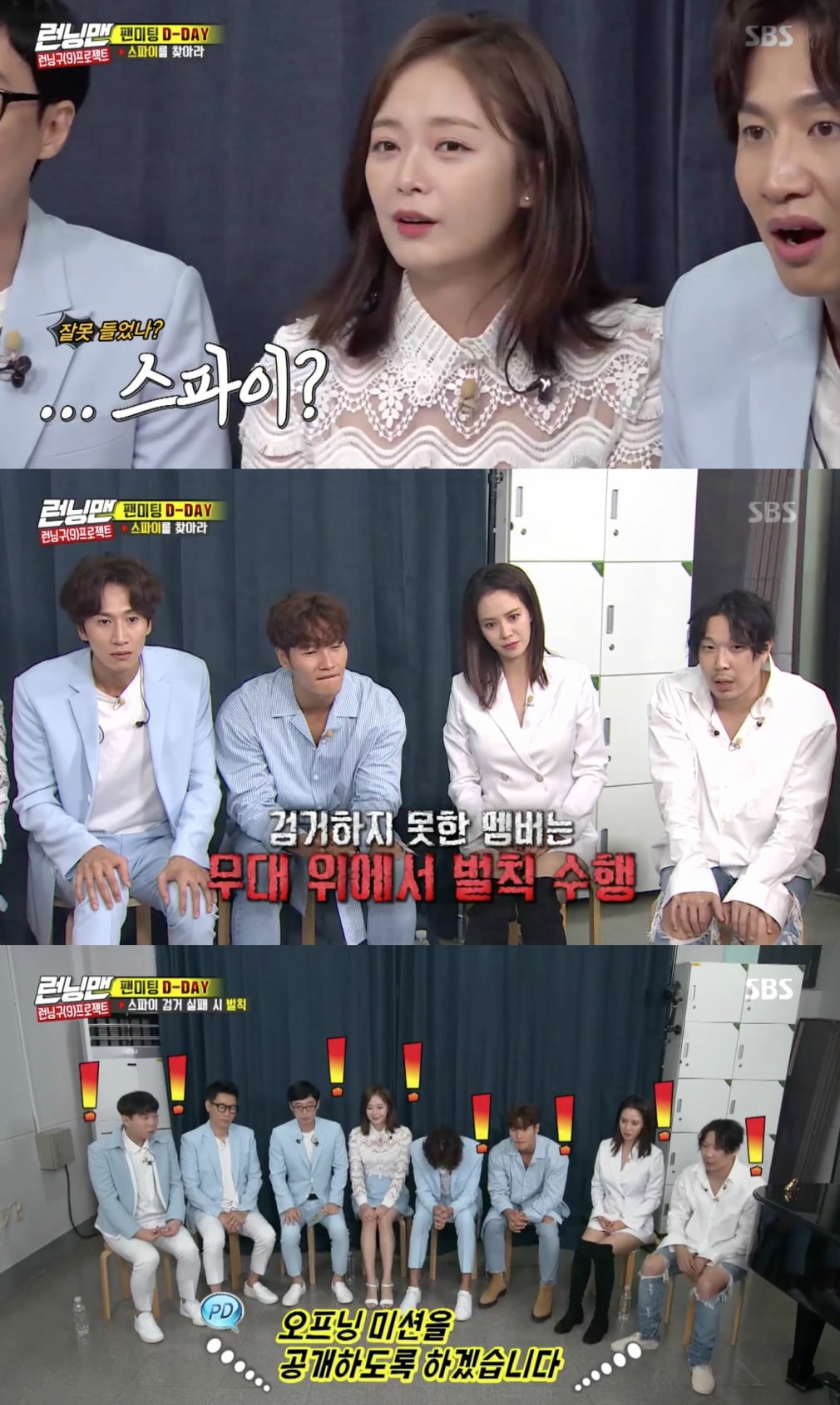 On top of the spy mission, the PD announced that they had also prepared a surprise opening mission, and the members pleaded, “Is this a fan meeting or a race? Let’s start already, please.”

At the end of the mission, HaHa, Kim Jong Kook and Yoo Jae Suk were the members who had to wear prison uniforms, but the “Running Man” crew gave them a second chance. They explained that if the audience’s screams reached the waiting room, they would be off the hook.

Ultimately, Yoo Jae Suk ended up being the only one who had to wear a prison uniform on stage. The audience saved HaHa and Kim Jong Kook from having to wear the uniforms by cheering loudly for them, but they purposely chose not to scream for Yoo Jae Suk because they wanted to see him perform in a prison uniform. When he appeared on stage in the costume, the audience rewarded him with an especially loud cheer. 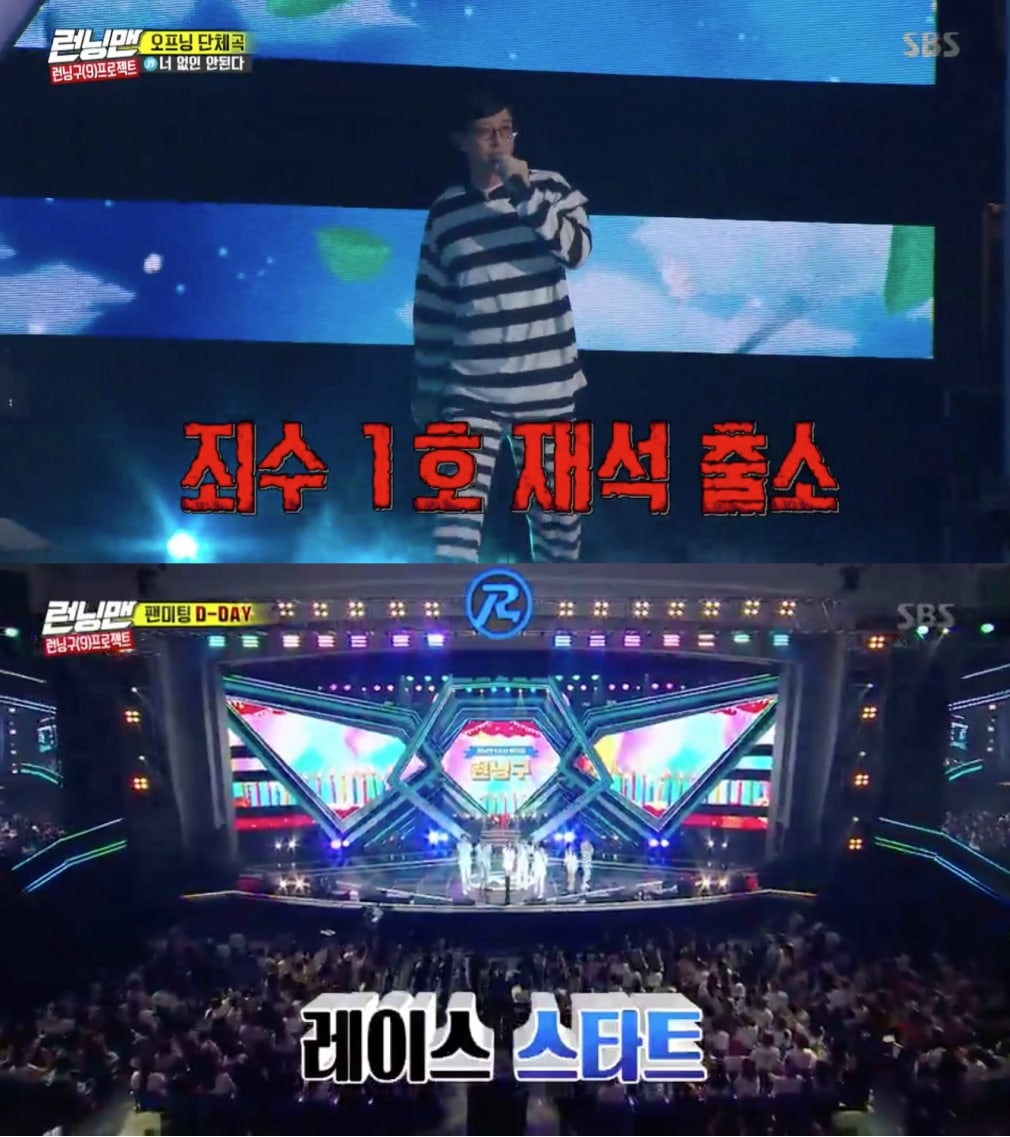 After opening the fan meeting with a cover of BTOB’s “Only One for Me,” the members expressed their gratitude to their fans and shared their thoughts on holding their first domestic fan meeting. Ji Suk Jin then announced the official beginning of the fan meeting by declaring, “Race start!”