Fin.K.L Tearfully Apologizes To Their Former Managers On “Camping Club”

Fin.K.L reunited with their former managers on “Camping Club”!

The September 8 broadcast of the show featured the Fin.K.L members practicing their songs. Even though they are unable to present a proper concert at the moment, they decided to prepare a small-scale performance for their fans.

While practicing, two of their former managers popped in for a surprise visit. The Fin.K.L members were pleased to see them and welcomed them wholeheartedly. The managers were amazed to see the four of them together again, and Sung Yuri and Ock Joo Hyun shed tears. 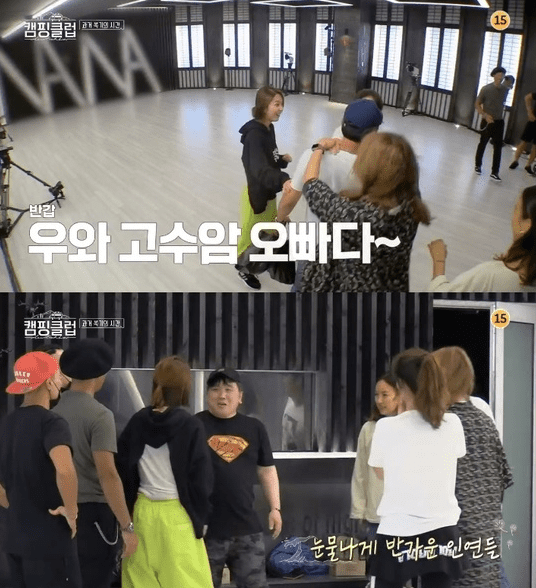 In the past, Fin.K.L and their managers hadn’t been on the best of terms. On a different variety show in the past, Lee Hyori revealed, “At the time, our manager [named Go Soo Am] had a big build and good nature, but he couldn’t endure the members’ complaints and got out of the car. We should’ve apologized, but Ock Joo Hyun drove off.” Previously on “Camping Club,” Ock Joo Hyun also mentioned, “I have to apologize for leaving him behind. He won’t meet up with me, will he?” During the emotional reunion, Ock Joo Hyun hugged Go Soo Am and asked, “Are you okay?” 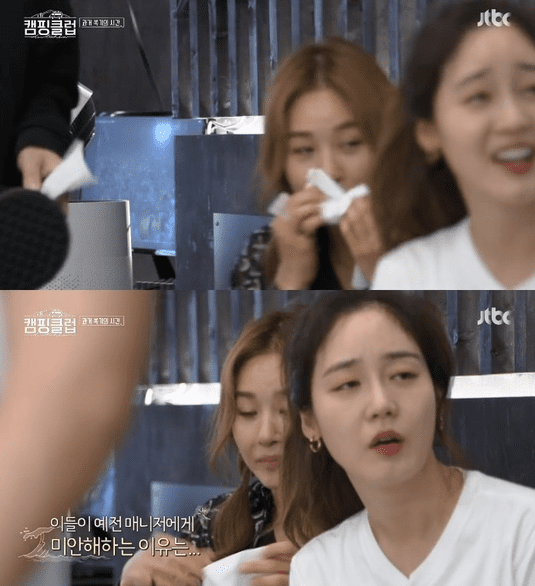 Go Soo Am reminisced the past and frankly confessed, “It was hard for me. When the four of you were together, I had a hard time.” His younger brother Go Soo Bong, who worked as Fin.K.L’s dancer, revealed Go Soo Am would vent about how difficult it was to work with them. When Go Soo Bong suggested he quit, he tearfully refused. Despite the fact that he faced many struggles with them, he had stuck with them the longest.

Lee Hyori sincerely said, “I’m so sorry. This isn’t something to talk about while laughing,” and Lee Jin apologized as well. Go Soo Am responded, “You didn’t have anyone else you could’ve taken [your stress] out on except for me.” Upon hearing his touching response, Lee Hyori became tearful. 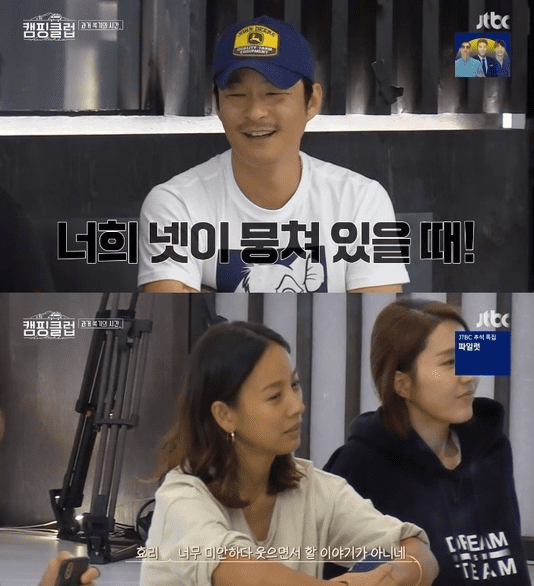 “Camping Club” will soon be available with English subtitles on Viki.