Yoon Se Ah will be undergoing a transformation for her upcoming role in “Melting Me Softly.”

tvN’s new weekend drama will tell the story of a man and a woman who participate in a science project of freezing humans for 24 hours, but due to mysterious circumstances, they wake up 20 years later. Yoon Se Ah will take on the role of Na Ha Young, the bureau chief of a broadcasting company whose heart has frozen and left her cold after the disappearance of her partner, producing director (PD) Ma Dong Chan (played by Ji Chang Wook).

When asked why she decided to take on the role, Yoon Se Ah explained, “I was intrigued by the premise of freezing people,” and added, “I thought it was fun to take such a unique element and incorporate it into daily life, and I was drawn to the script for depicting the situation with a humorous tone.”

Yoon Se Ah’s character will be interesting as she faces her old boyfriend Ma Dong Chan, who looks just the way he did 20 years ago while she has aged during that period of time. The actress said, “Dong Chan’s reappearance will set off a chain reaction that causes Na Ha Young to remember conflicts, love, and other emotions from 20 years ago. While playing the role of someone who has had to mature on her own during that time, it also had me looking through my own emotions that I’ve been pushing down, acknowledging them, and overcoming them.” 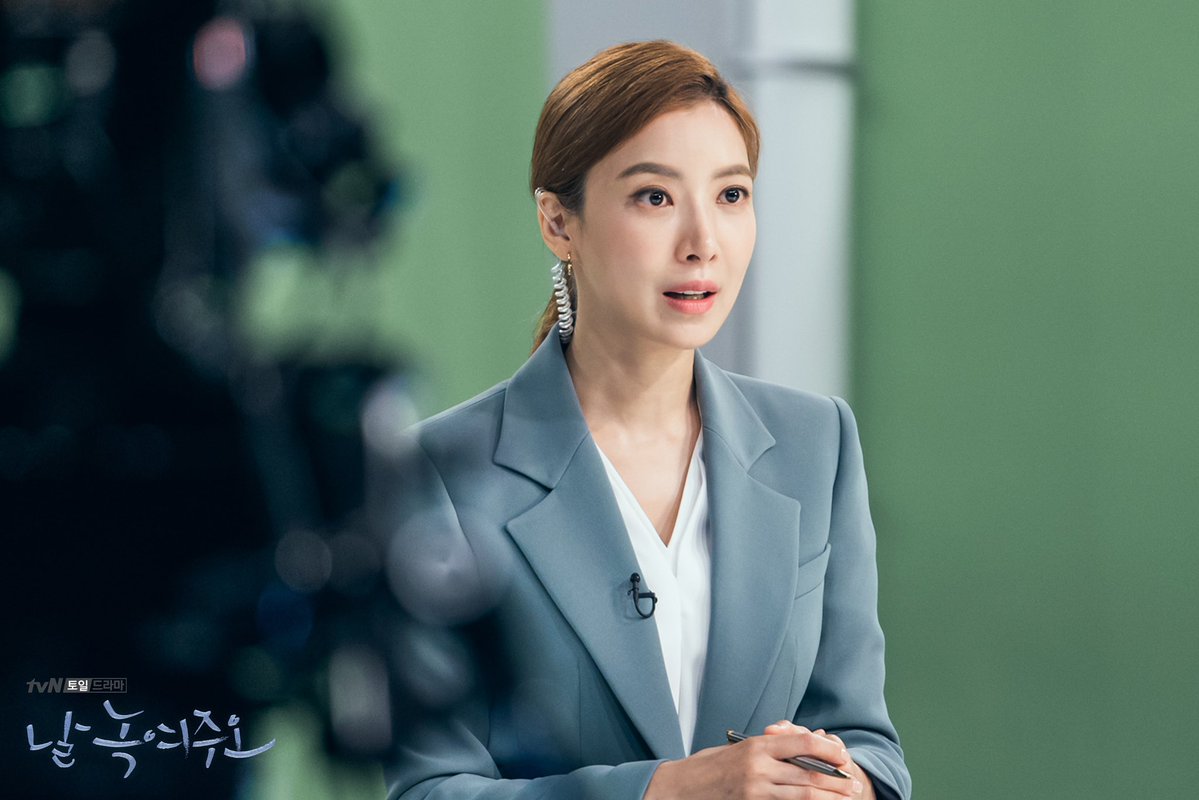 Her efforts to get into character did not stop there. As she will be playing a bureau chief, Yoon Se Ah enlisted the help of anchorwomen Lee Guem Hee and Kim Ho Jung, researching everything from expressions to speech patterns and general aura to perfect her character. She stated that though she found delivering the news difficult at first, she enjoyed the challenge of a new profession and is doing her best. She even put in fine details to her outfits as she said, “As Na Ha Young is a seasoned bureau chief, I tried to go for a very simple and clean-cut style so that people can focus more on her changing emotions than her outfits.”

Lastly, Yoon Se Ah said, “I’m so excited and happy to be working with screenwriter Baek Mi Kyung, who I have admired for quite some time, and the reliable director Shin Woo Chul, as well as a great cast and crew. We’re all working hard to prepare for the drama, and everyone is so focused and energetic. We hope our dedication will shine through in the drama, and we hope viewers will enjoy the story.”

“Melting Me Softly” is set to be the follow-up drama to “Arthdal Chronicles” and will premiere on September 28 at 9 p.m. KST. The drama will be available on Viki!

Check out a behind-the-scenes look at the script reading for the drama below!

Yoon Se Ah
Melting Me Softly
How does this article make you feel?