The “digital monster” duo BOL4 is back and topping the charts once again!

On September 10 at 6 p.m. KST, BOL4 released their new mini album “Two Five.” It features the title track “Workaholic,” which was co-composed by BOL4’s Ahn Ji Young, who also wrote the lyrics for the song.

As of 9:30 p.m. KST, “Workaholic” has taken No. 1 on almost all major realtime charts, including Melon, Genie, Bugs, Mnet, Naver, and Soribada. 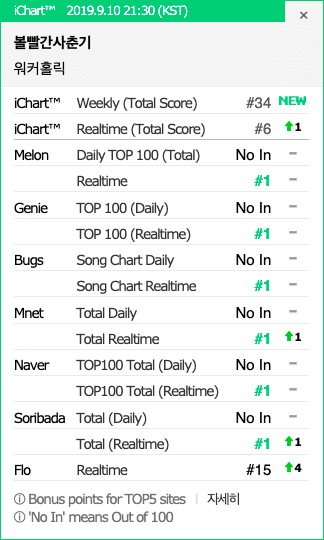 Watch the music video for “Workaholic” below!