On the September 10 broadcast of JTBC’s “Tell Me” (literal title), Lee Jin Hyuk appeared on the show to fill in for MC Park Na Rae.

The guests talked about the upcoming Chuseok holiday. N.Flying’s Yoo Hwe Seung said, “Before I became a celebrity, my relatives asked why I don’t appear on TV.” Sharing similar sentiments, Lee Jin Hyuk added, “My relatives used to comfort me when my peers appeared on TV. Whenever that happened, I told them, ‘It’s okay.'”

When Jun Hyun Moo commented, “You’re going to be a huge success during this Chuseok,” Lee Jin Hyuk replied, “It was my grandfather’s birthday not too long ago, and I think I signed over 100 autographs when I went to visit.” 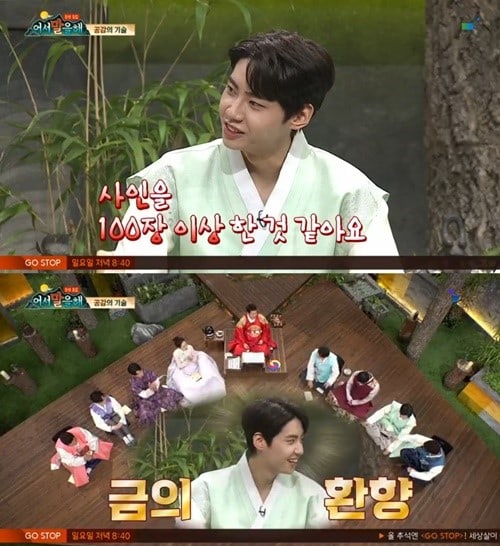 Moon Se Yoon said, “What do you think your ranking would be if you appeared on ‘Produce 101’ again?”

Lee Jin Hyuk replied, “I think I’d get eliminated if I went on the show again. The impact of a person’s first impression is really strong. I want to leave the passion that I first showed as is.” 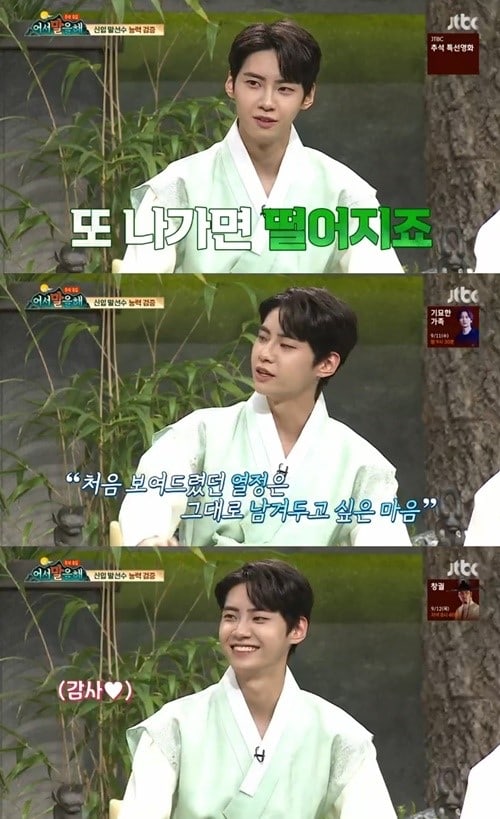