Rookie Boy Group D1CE recently participated in their first-ever group photoshoot and interview with bnt. In the interview, the members named their role models and artists they would like to collaborate with and shared hopes for the future.

D1CE as a whole picked BTS as the group’s role models. The members explained that they admire the fact that BTS gives their best at every single moment and performance. In addition, the way BTS manages to put in the practice time despite the rigorous schedule has inspired them to always remember the beginning of their careers. Kim Hyun Soo commented, “We recently did a cover stage of DNA. It would be a huge honor if we were to be able to stand on stage with BTS.” 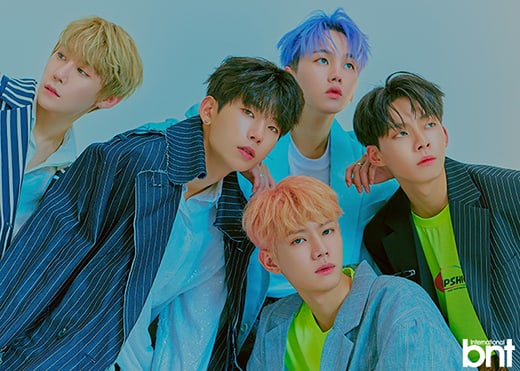 When asked about each member’s role models, Jung Yoo Jun named Seo In Guk and EXO’s D.O. The member explained, “I love their tone and the way their voices sound. They are also great at acting. I would love to challenge myself to act some day.” Kim Hyun Soo named Park Hyo Shin because his popular track “Wild Flower” was the reason he started his career in music. Woo Jin Young named G-Dragon and Zico, and Park Woo Dam named So Hyang.

The members also named a few artists with whom they would like to collaborate. Jo Yong Geun said, “DreamCatcher, Classmate, and Lee Si Eun. We would like to release a project album with our labelmates. However, I think we would need to promote D1CE more in order for that to happen.” Park Woo Dam answered, “I’m a fan of Brown Eyed Girls. I would like to perform with them sometime in the future.” Jung Yoo Jun named Sunmi, Kim Hyun Soo named Park Hyo Shin, and Woo Jin Young named Zico. 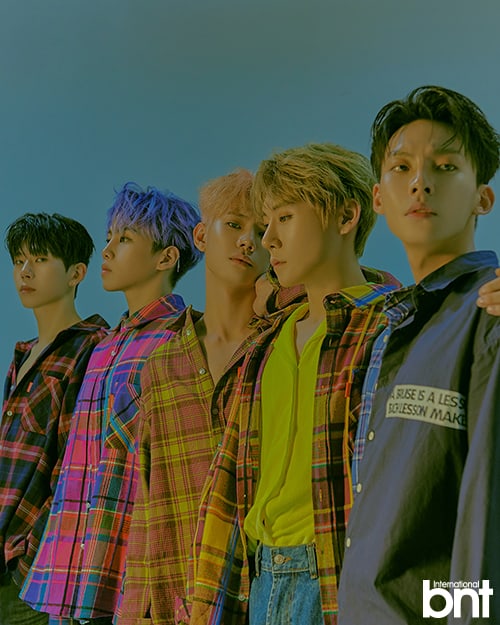 D1CE concluded the interview by sharing their goals for the future, which is to “let everyone know of D1CE as quickly as possible and to win a music show.” Woo Jin Young also shared a few words of gratitude to fans, “It’s taken us three years to debut as a whole group. We sincerely thank you for waiting all of those years. We will become D1CE that pay back your love by making you happy.”

BTS
Zico
D1CE
How does this article make you feel?